Characters grow by the time the film comes to an end. It’s a nice little wrap for everyone. The modern family dramas from Japan are known to have that effect. However, they are mostly so sugary in their treatment that they become instantly forgettable. Thankfully that’s not the case with Jeong Seung-o’s debut South Korean film ‘Move the Grave (이장).’ Smart, funny and warm enough to stay with you, this little tale of bickering siblings critics modern family ties.

Four sisters come together against their will when their uncle summons them to their birthplace on a far-off island. The forced reunion is organized as their father’s grave needs to be moved due to construction. The youngest of them all and the only male child is nowhere to be found.  When the sisters meet for the first time, it’s obvious that there’s some tension that is brewing within. Hye-yeong, who is the oldest of them all is already having troubles with her difficult child and her unorganized resignation. Hye-yeon who is late to the party seems to be the angry, angsty feminist.

Similar to Move the Grave – DARE TO STOP US [2019]: ‘NYAFF’ REVIEW – A CAPTIVATING PERSPECTIVE ELEVATES THE LOOKOUT INTO A FASCINATING CHARACTER

The other two sisters have issues with the spouse and a seemingly unplanned marriage respectively. The compensation from moving the grave seems to be a way out for all of them. So, in spite of their regrettable choice to meet again, they have come back together. However, the tension starts loading up on them when their patriarch uncle forces them to go fetch their brother in order to do the rituals. 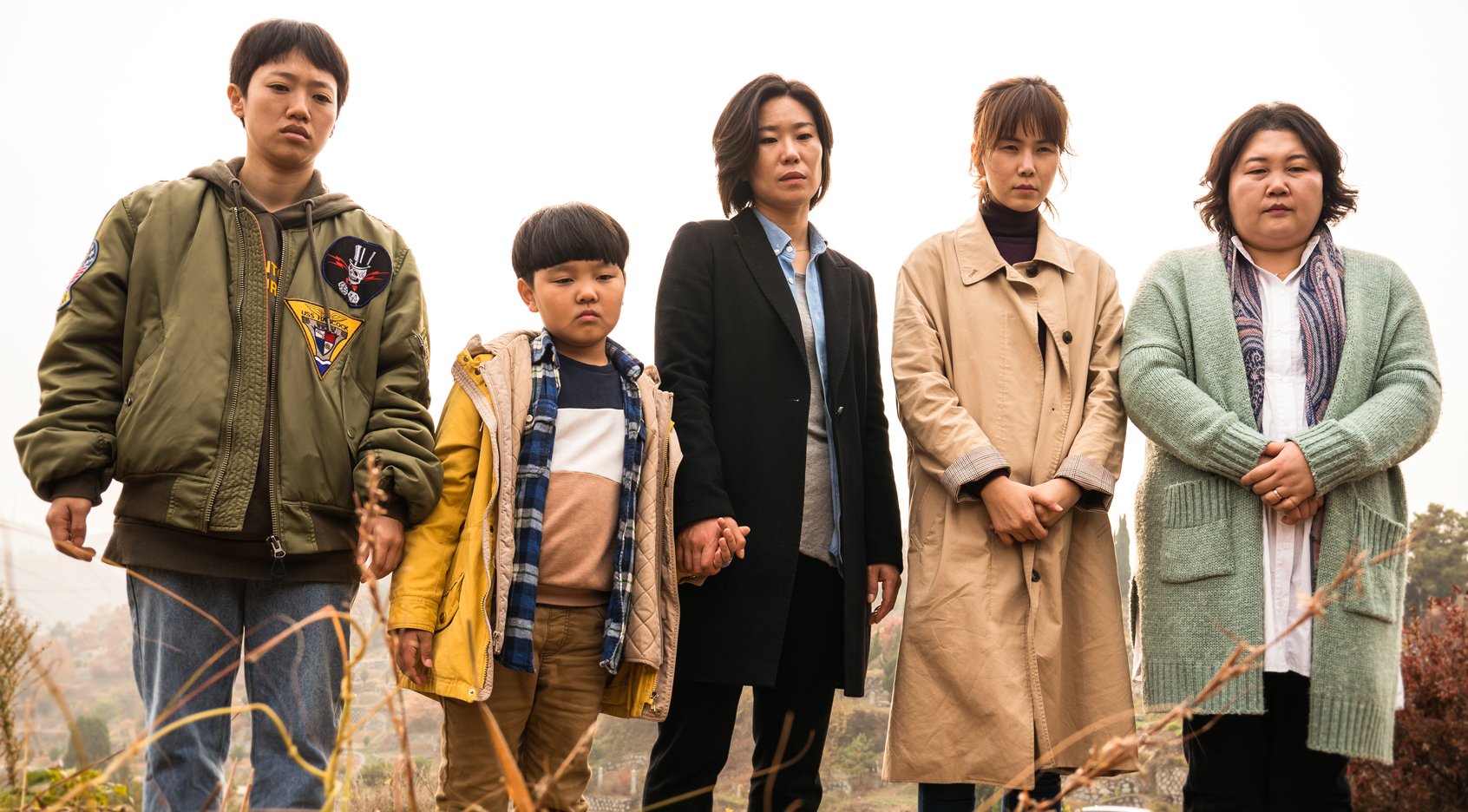 What works for the film is its steady pace. Seung-o knows how to orchestrate the mannerism of a varied number of people tied together by a family tree. Which is why in spite of a lot of characters, you invest in everyone and their journey together. For instance, Hye-yeong has raised her son on her own. Her choice to not tell her son about the whereabouts of his father are never questioned forcibly. The obese Geum-ok is never used as a prop for fat-shaming jokes. Also, the slight mischiefs by Hye-yeong’s son are not used to sympathize with Hye-yeong’s life.

These interesting directorial choices make Seung-o’s film a subtle investigation of socio-psychological observations. Though there are outbursts – Especially from the young, college-educated feminist, Seung-o carefully lays bare the patriarchy that has been deeply seeped into modern society. ‘Move the Grave’ question the role of both – Men and Women in a stark environment where even now the men are free to leave a woman astray when faced with tough decisions. Seung-o’s film is more about that transition face that we are currently in. The one where we are slowly leaving the patriarchal system behind but have to still live with its breadcrumbs.

‘Move the Grave‘ beautifully balances the bickering and emotional connections between the siblings to showcase a warm, fuzzy film about the importance of togetherness. The film quietly observes the transformations of a group of characters. Their motivations, desires, and emotions are all wrapped in a crystalized look at modern society.

Dare to Stop Us [2019] : 'NYAFF' Review - A Captivating Perspective Elevates the Lookout Into a Fascinating Character