Minari [2021] Review – A breathtaking effort on family and resilience

Migration and moving across the earth for better opportunities is the norm and something that has been done for centuries. This has been represented in films too, on quite a repetitive basis. Upon reading a synopsis, Minari would appear to be yet another film to follow the same formula. Instead, it takes the formula and explores another aspect of the life of migrants. We see how, despite departing home many years ago, any human continues to embody and pass down certain traits of their roots. Furthermore, we get glimpses of how natural it is that certain things get forgotten with time. Many readers may relate to the same.

Minari’s dual-language usage is an example of this as it shows that despite cultural appropriation, there is a lingering sense of a stamp of both regions left in the personality of the individuals who called both places home at one point.

So what is it that makes Minari stand out and get people to admire it?

It is the embodiment of the traditional family values, the exploration of the various stages in family life, and it shows us that no matter where we go, everything is not a bed of roses. It shows us that in the end family is all that one has and akin to the titular Minari, it too is resilient enough and can grow anywhere.

Directed by and written by Lee Isaac Chung, Minari is a tale set in the Arkansas state in America. It focuses on a Korean family who has moved to have a fresh start away from the city of California. As migrants, they earn their bread as chicken sexers, but Jacob Yi has a dream (a play on the American Dream) and believes that he can fulfill make it a reality. i.e. to farm Korean vegetables for fellow Korean immigrants. 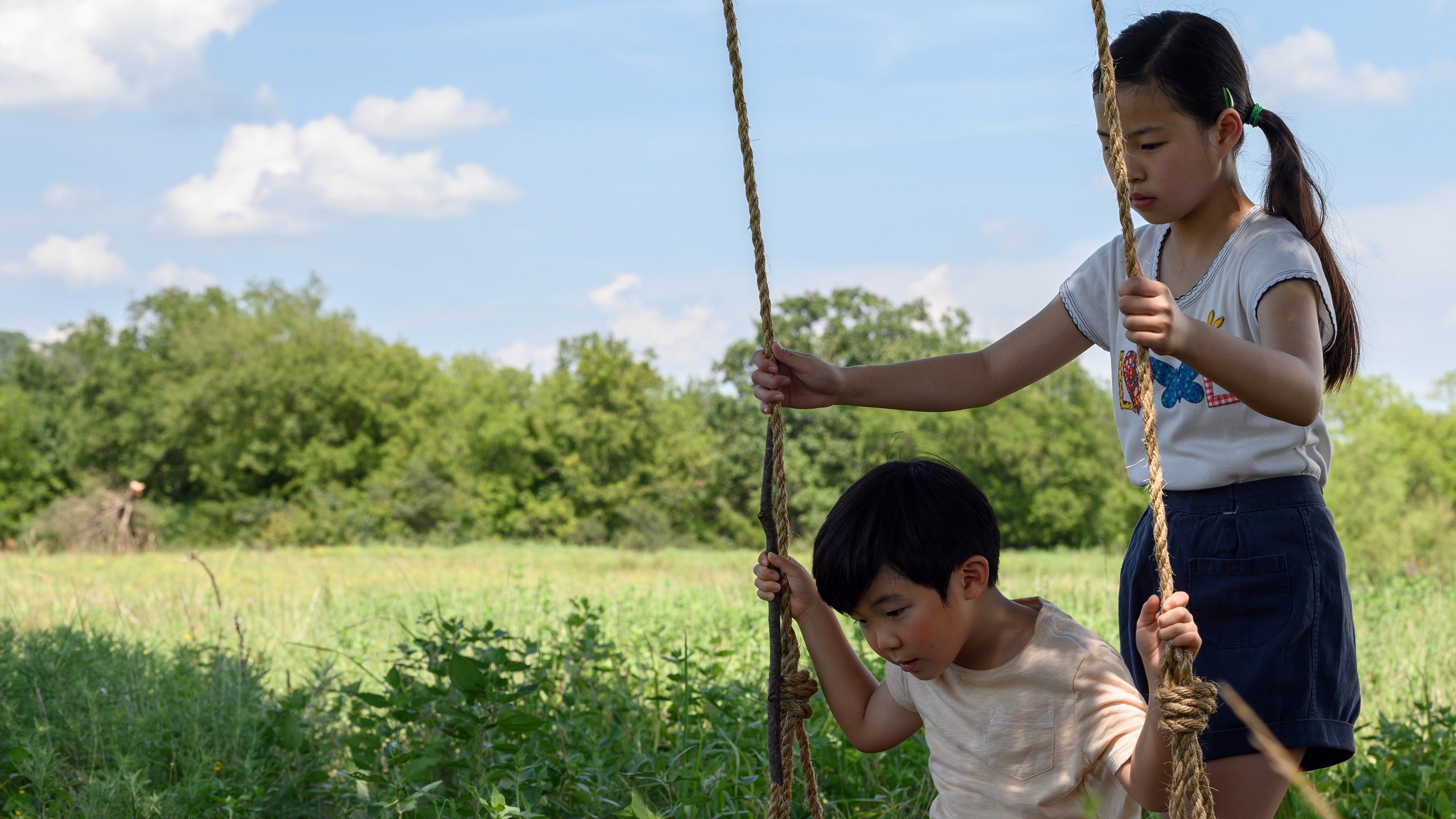 However, to achieve this he perseveres and at times keeps his family unhappy, though in his defense he seems to be unaware of the same. He considers their abode a paradise whilst the same feeling isn’t shared by his other half, who offers a stern look when told that the family has been uprooted for the soil.

Steven Yeun embodies this character well and earned recognition with his nomination for best actor across various award bodies. His single-minded devotion leads to discord in his relationship with his wife Monica. This is a theme seen through the film as the two subtly drift away. Their rift isn’t missed by the children, who showcase their innocence by resorting to paper plane rockets with a suggestion to their parents whilst they quarrel.

Chung shows this same innocence when focusing on the Yi kids, David and Anne. Some border on the lines of cheekiness and some get rid of the racial stereotypes that naturally emerge. It is through this that these themes do not become the center attraction of a film dealing with migrants.

Yuh-Jung- Youn’s arrival is pivotal to the progress of the film and the character arcs pick up in a big way and make Minari a better film when she enters. As the grandmother, she embodies the role and shows that despite lacking in a few areas, she has nothing but the young family’s best interests at heart.

Minari is enhanced massively because of the manner in which Lachlan Milne’s cinematography brilliantly captures the vast rural Arkansas terrain before and after the crops emerge. The moments of despair and happiness are framed exquisitely, and this, in turn, helps the director refrain from using Emile Mosseri’s background score at certain moments to help convey the emotion the characters brilliantly act out.

Despite the lack of music at points throughout the film, the rustle of the grass and the sounds of the insects bring the rural home of the Yi family to life for the audience. The film’s pivotal scene gets enhanced as Chung lets the words hit the audience. 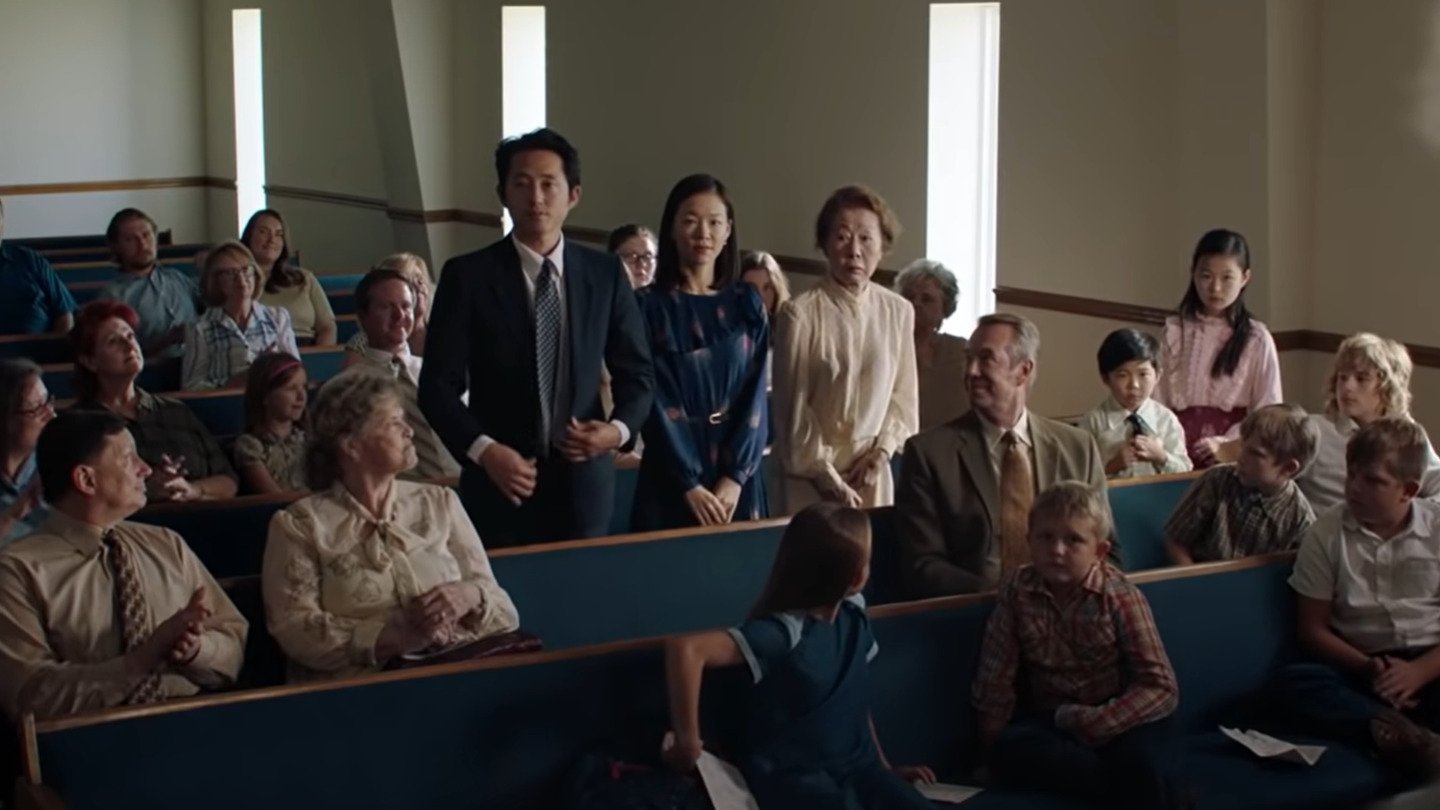 A character in the film describes the titular Korean herb, ‘Minari’ with the following sentence.

“Minari is truly the best. It grows anywhere, like weeds. So anyone can pick and eat it. Rich or poor, anyone can enjoy it and be healthy. Minari can be put in kimchi, put in stew, put in soup. It can be medicine if you are sick. Minari is wonderful, wonderful!”

This in a way applies to the film as well as it will find fans across the globe, despite focusing on Koreans in America. Anyone will enjoy it as there are themes that will resonate among various sections of societies all over the world. In a way, it truly is a wonderful film with a wonderful metaphorical connection.

The slowness may perturb casual fans who jump on the Oscar bandwagon, but this film is about as raw and as real as it gets. It is a breathtaking effort on family and resilience.

Minari [2021] Review – A breathtaking effort on family and resilience