Home»Reviews»Film Festivals»Dare to Stop Us [2019] : ‘NYAFF’ Review – A Captivating Perspective Elevates the Lookout Into a Fascinating Character
Film Festivals/NYAFF/Reviews

Dare to Stop Us [2019] : ‘NYAFF’ Review – A Captivating Perspective Elevates the Lookout Into a Fascinating Character

There’s always a fear while making a biopic that it would either completely turn into hagiography or be offensive to those who were closely associated with the actual personality. In the case of Dare to Stop Us, director Kazuya Shiraishi succeeds in respectfully portraying the aura around a person without completely submitting to it. Perhaps that’s why it stands truthful to the real persona which makes the touching narrative even more compelling. What starts out with mostly comic notes slowly and seamlessly transitions into more dramatic ones. But, in the process, it never tries to whitewash his personality or show him in a good light in order to portray a legendary figure.

‘Dare to Stop Us’, directed by Kazuya Shiraishi, is primarily based on a Japanese cult-director ‘Koji Wakamatsu’. But its sole focus is not on the revered director but a young female assistant director, who’s largely unknown. The narrative on his life is shown through her eyes where we see Wakamatsu in his working years. The perspective is of someone who wanted to get to know him personally just as we do, which is why the film becomes even more absorbing.

Similar to Dare to Stop Us – SONG LANG [2019]: ‘NYAFF’ REVIEW – AN ODE TO THE BURIED EMOTIONS AND UNSPOKEN TALES

The aforementioned assistant director, Megumi Yoshizumi (Mugi Kadowaki), joins Wakamatsu’s directorial team at the age of 21 when he was at the peak of his controversial career. The notorious director, who’s known for making ‘pink films’ (soft-core porn), wasn’t present when Megumi arrived at their humble abode. At the time, she was assumed to be there to be an actor from the crew, as women hardly entered into the ‘daring’ professions such as direction. In the testosterone-fuelled world around her, she presents herself to be strong and fierce. She, from the early days of being a naïve, vulnerable and inexperienced artist, tries to fit-in their world to eventually become independent and an inseparable part of their crew, while proving her trust in the director’s vision. 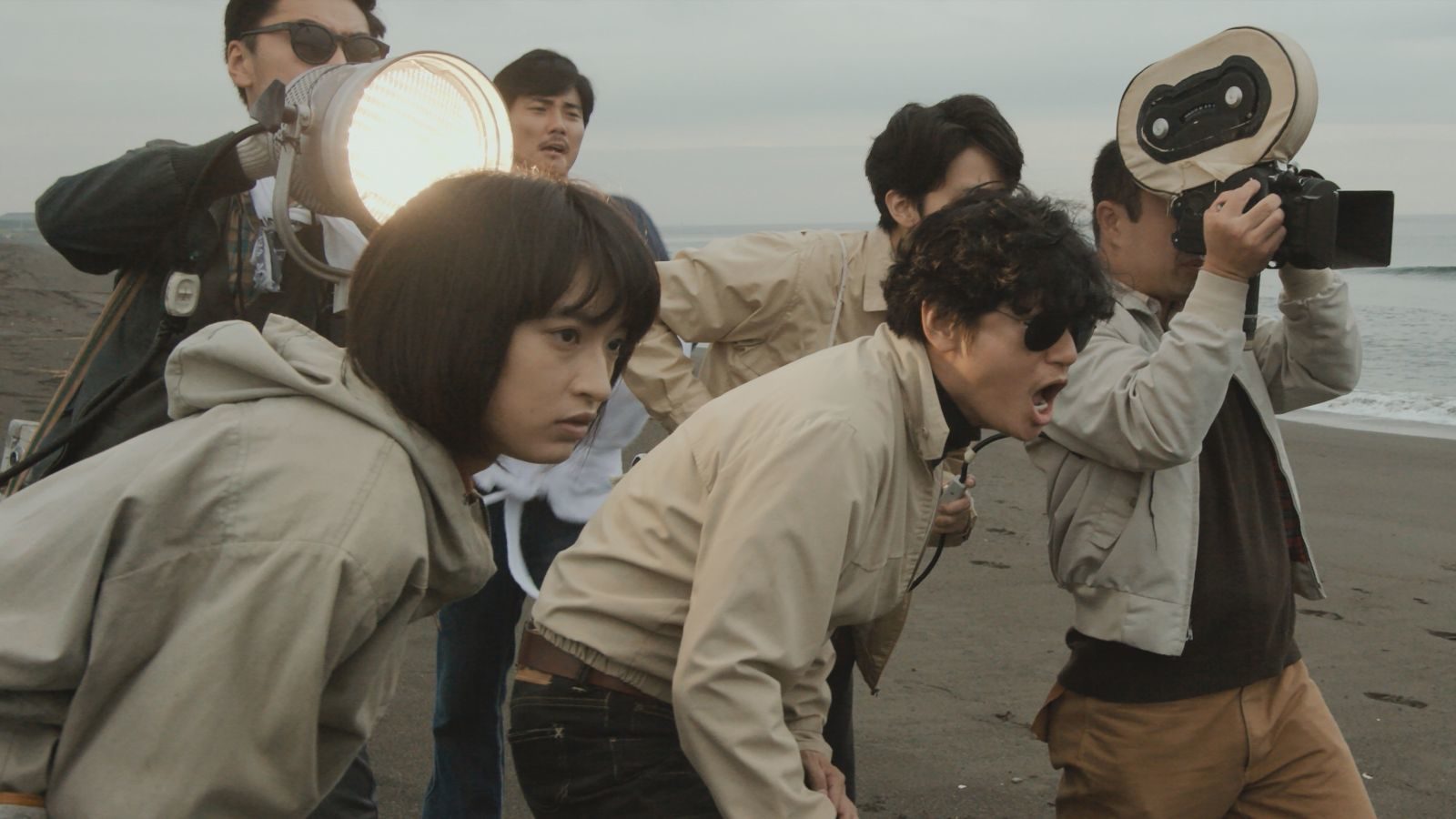 In the world of largely stereotyping women, she wants to embrace anything that would make her accept in this male-dominated circle. While moving up the ladder from being shouted at on the set to later comforting her junior assistant, she reaches to the point where Wakamatsu puts her in charge to finish a film, especially charged with sexuality. She learns, unlearns, adapts not just to get on a better level, but to bury her painful memories.

During the process of her growth and understanding, Wakamatsu is shown as a highly charismatic director that would be just as repulsive at times. The idiosyncrasies that defined him were not without vices. And his journey from being just an experimental director to creating highly political films with particular ‘statements’, while also making a film for the sake of money at the low times of his career; every part is shown with utmost honesty.  Besides, his interactions with the contemporary filmmakers offer an insight into his thought process. And the actor Arata Iura brings ingenuity in his portrayal.

While the caricature-ish style it starts with might feel gimmicky at first, it ultimately leads towards developing these people into well-rounded characters. Especially Megumi’s character, which is so well written to showcase the intricacies from her relationships while portraying the existential dread often attached to it. Her regret of not having anything to say in order to become a director, while burying down the darker truths from her past; is shown with the required sensibility. And Kadowaki’s earnest performance elevates it even further to thoroughly engage us into her character. She’s brilliant in portraying all the insecurities, inhibitions with being truthful to the era she is representing. Not just her, but the supporting cast is just as effective in their respective roles.

The director, Kazuya Shiraishi, succeeds in keeping the film ‘entertaining’ enough while never compromising his intentions. The script is endlessly amusing with the editing that compliments it just as much as the Wakamatsu’s films it was representing. Despite the fast pace, the film sure has many breathing moments where the characters share simple interactions apart from just the dialogues assigned to them. Thanks to the Tomohuki Suji’s fluid cinematography which moves with ease without asking too much attention to it. In addition to that, the production design stands out, while suiting the period of the actual events, yet not being showy by any stretch. Both the interior and exterior scenes have the right amount of detail to it.

As a result, ‘Dare to Stop Us’ becomes a highly rewarding character-study, where all of its aspects fit right into the place.

Dare to Stop Us Trailer

Dare to Stop Us [2019] : ‘NYAFF’ Review – A Captivating Perspective Elevates the Lookout Into a Fascinating Character