The Devil All The Time (2020) Netflix Review: A Suffocating Surprise

With each new work, filmmaker Antonio Campos demonstrates a way of looking at humanity that is a punishment for the viewer and a hell for the characters, in the best sense that this statement could have. His newest work distributed by Netflix is ​​the culmination of this bleak pessimism, The Devil All The Time.

In his latest feature film, Christine (2016), Campos did a character study with small catastrophes throughout the first and second acts and ending with a big one in the third, in The Devil All The Time, he follows the same formula, but with almost everything in a beneficial excess.

Similar To The Devil All The Time: The Lighthouse (2019) Review

A story with a former war veteran, a woman with cancer, a couple of serial killers, a pedophile pastor, and a corrupt police officer (without mentioning all the characters), brings a suffocating sequence of events that transform the classic narrative of three acts into episodes of violence for revenge or pure sadism, it´s a tireless and visceral portrait of two hours and eighteen minutes in length that seems like three hours, and in no time you will want to blink. 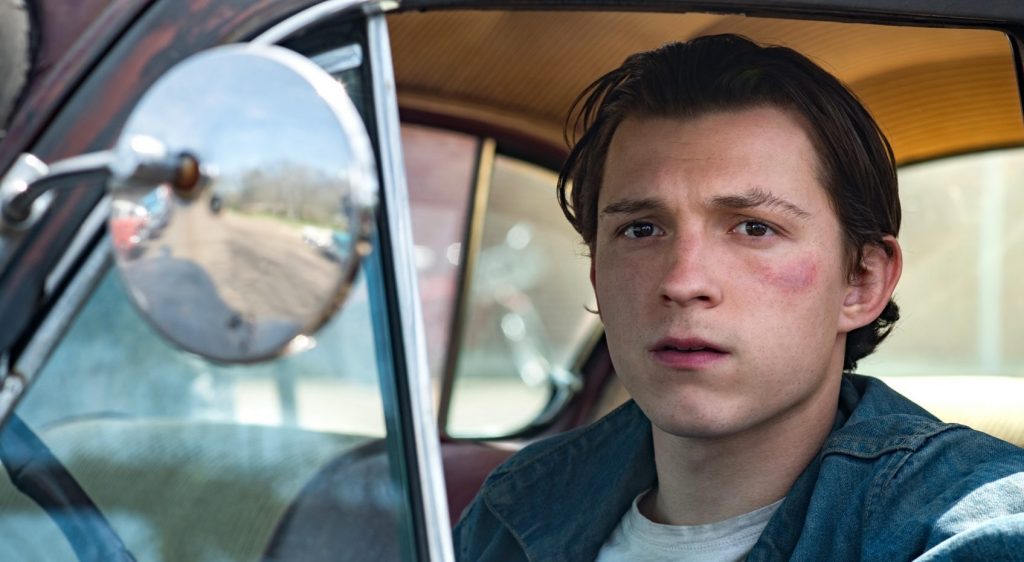 The fuel for brutality is faith in its extreme, whether, in religion, money, or sex, it’s a charm that, like a drug, when it disenchants it´s already too late. In some cases, violence is inevitable, the environment can be so influential to the point of that become the very nature of the human being since birth, and with that, come the most striking phrase that defines the film itself, “some are only born for be buried.” The quote by Bill Skarsgård’s character is real and surreal at the same time, because everyone is born to be buried in the end, and whoever believes in that line is the first to go. Broken faith is a short path to a path of no return.

Even without a central protagonist, Antonio, also a screenwriter alongside with his brother Paulo Campos, creates his social criticism from the connections between different characters with conscious coincidences similar to Magnolia (1999), in the hereditary traumas, and The House That Jack Built (2018), especially the body scene being dragged by a car and rain begins to Jack’s delight. The film has a lot of Lars von Trier, especially in the long scenes, didactically sadistic, with violence that increases tension, but of course, Campos is not as crazy as Trier.

The whole relationship between script and direction works amazingly well in The Devil All The Time, especially the dialogues in harmony with the silence, however, the mistake is in the narration, it´s not intrusive enough to disturb, but at least half of the time it occurs, there is an explanation of something that didn’t fit any other way (for example, a character locked in a bathroom and his reason for it), but it is undeniable, putting the author of the book that inspired the film, Donald Ray Pollock, to narrate was exceptional. 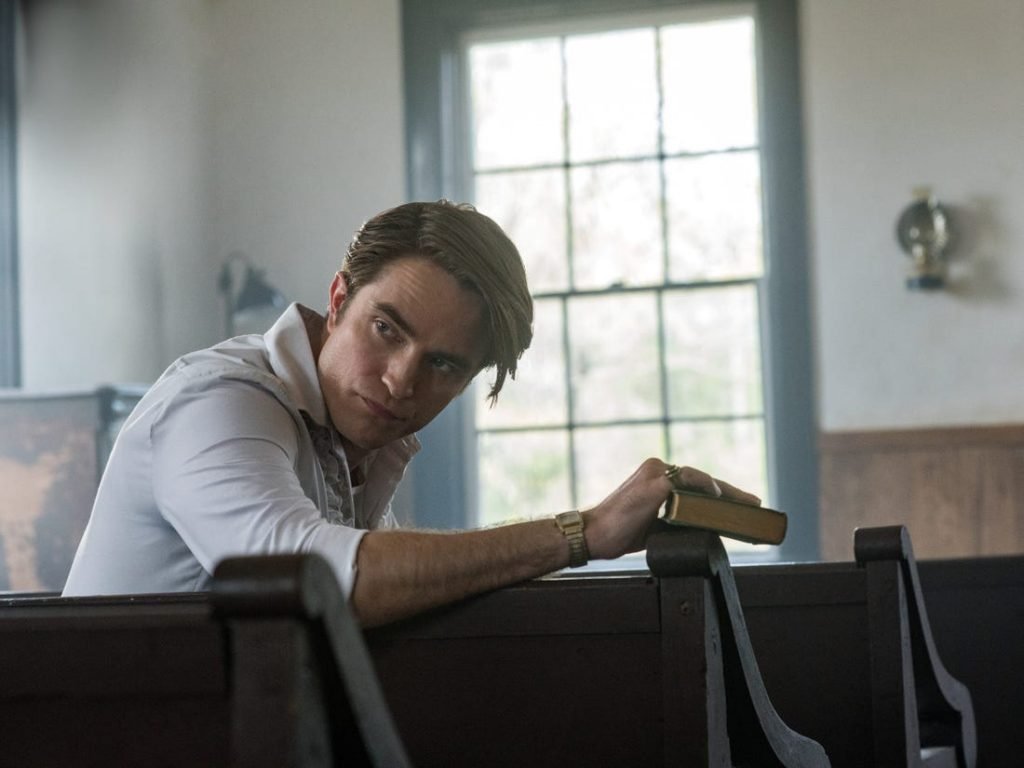 The most attractive point for the public in The Devil All The Time is the cast that borders on perfection, it is naturalism in one of it’s best forms in recent years. Of all the big names present and above average, there are three that deserve special attention.

Also on Netflix: I Am Thinking Of Ending Things (2020)

Bill Skarsgård is frighteningly tormented and vulnerable by his memories and with one of the best examples in history in accent construction, while Robert Pattinson follows the same line, even in the accent, however working torment as pure perversity and manipulation, a hateful and intriguing at the same time. Tom Holland impresses from the first to the last moment that appears, demonstrates with his eyes his next actions, and balances violence with kindness correctly.

Artistically speaking, period construction is simple and functional, it naturally dictates the period and creates the necessary Gothic atmosphere with a lot of dirt on clothes and objects. Art is the ideal complement for photography that shows all that visual and symbolic dirt in contrasts with a suppressed nature, yet still beautiful, very highlighted by the 35mm with the correct grain. The point that favored all aesthetics along with art and photography is the sound mix, which highlights the violent acts, punches, and shots, with the help of the phenomenal silence already mentioned.

The Devil All The Time demonstrates its criticisms through a very violent episodic narrative about the value of morals, with art, sound, and photography instruments that make the grimy interesting and with interpretations, at least, memorable.

The Devil All The Time Links: IMDb, Netflix, Wikipedia

The Devil All The Time (2020) Netflix Review: A Suffocating Surprise