Home»OTT»Rocket Boys (Season 1) ‘SonyLIV’ Review: A show about physicist that glides, if not Soars
OTT/Reviews/SonyLiv

Sony Liv’s newest offering Rocket Boys (2022), directed by Abhay Pannu, tells the story of the two dynamically different, yet innately similar physicists; Homi Bhaba and Vikram Sarabhai. They were the two of the major proponents of India’s scientific progress post-Independence. Created by Nikhil Advani, the show tries to give us a glimpse of India from the advent of the Second World War to ten-twelve years after Independence; in addition to being a double biopic of these two brilliant minds. This is one of the positive facets of the series, as it does not limit itself to the scope of biopics. It also tries to show a newly reborn nation trying to take its strides in the world map, both in terms of science and politics.

Rocket Boys (2022) begins in quite the attention-grabbing dramatic way, where we are introduced to the two central characters. It uses the ideological conflict that would go on to be one of the driving forces in depicting the unhypocritical friendship between Homi Bhaba (Jim Sarbh) and Vikram Sarabhai (Ishwak Singh).

The establishing introductory scene also denotes the dichotomy of the characters. Sarbh’s Bhaba is introduced from a low-angle shot of his ride to gradually focus on his face, underlining the gravitas and the importance of his character. In comparison, Singh’s Sarabhai was introduced with a simple focus on the face among a line of extras, waiting for Bhaba in the board room. Now, this could be due to the fact that Jim Sarbh, being the more experienced and popular face, getting the top billing and hence such treatment. But, I would choose to believe that it is Pannu’s subtle way of putting connotations to the two central characters.

Bhaba is shown to be the more charismatic and dynamic of the two. Jim Sarbh manages to channel an exaggerated lackadaisical charm in most of his scenes, this is quite in sync with most ‘cool’ depictions of geniuses on screen. As a matter of fact, his mental breakdown and the state of his den of a room would be a dead ringer of Sherlock Holmes’ breakdown in 221B Baker Street in most of the on-screen depiction of the sleuth.

Vikram Sarabhai, on the other hand, is much more restrained in his approach. Ishwak Singh’s portrayal has an aggression that would be missed without a keen eye. But, there is a cold fire of striving for excellence within him too. However, dissimilar these two scientists are, they shared the common ambition of pushing the boundaries of scientific achievement and thus ushering the country towards newer scientific horizons. This becomes the cornerstone of their friendship. 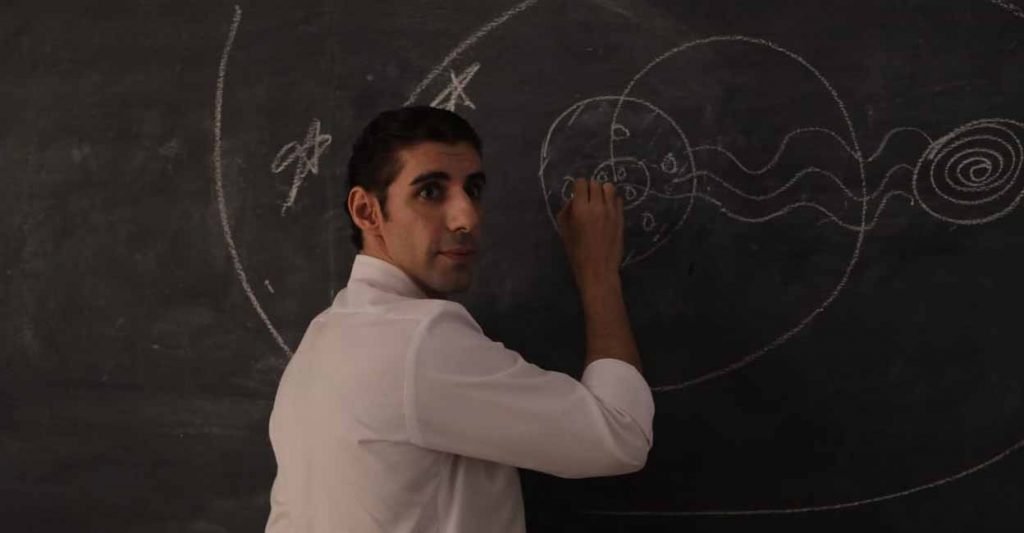 The first two-three episodes are designed to establish their relationships with each other and others. Both of them navigate through the pitfalls of pursuing their ambitions and the complexities of their environment. Their friendship blossomed in colonial India, and their patriotism and world views are put to test, while romantically getting their heartstrings pulled as well.

In the second act, beginning with the fourth episode, we would start to see the Bhaba and Sarabhai as the visionaries they were; as their ambitions start to grow and flourish under the umbrella of freedom in Independent India. The story also reflects on the post-independent struggle in Indian politics, as we are introduced to the likes of the Jawaharlal Nehru (played by Rajit Kapoor) and Lal Bahadur Shastri (Vijay Kashyap). The script deftly handles the various complexities that it clearly wanted to handle. Credit to Pannu for deftly incorporating real historical clips and photos, heightening the impact of the scenes that follows them.

Along with Abhay Pannu’s direction, the script needs to be praised for steering clear of unnecessary deification of the biopic ‘heroes’. Cinematography by Harshvir Oberai is to the point and beautiful, especially from an Indian mainstream OTT series perspective. Also, the opening title sequence is something to behold. ‘Rocket Boys’ probably has one of the most brilliantly designed opening sequences, on par with TV shows of the highest order.

Both Jim Sarbh and Ishwak Singh deliver as mentioned above. Along with them, praises should be reserved for the two female leads. Regina Cassandra and Saba Azad. Both of them often steals the thunder right under their male counterparts’ nose. Another supporting actor who shines is Dibyendu Bhattacharya, as the jealous, persistently longing for greater respect, Raza Mahdi.

There are some moments in the series where it seems to fall into the traps of regularity. Some of the twists and turns do not come across as organically as they could have. But, the series mostly manages to negate those with its good performances, top-notch cinematography, and a superlative title sequence.