Adaptations are always a tricky business to get right. In the case of The Great Indian Murder (Season 1), one of the primary disadvantages of the show is its source material. It is ostensibly about the melting pot that is India, with its variety in class, creed intermixing among the populace. But it deals with it in a superficial and pulpy way, heavily focused on disparate elements plot elements feeding into a non-linear plot. The construction of the novel is a messy affair, even though every element of it is unique in its way. The Great Indian Murder is perhaps unfairly a mediocre and watchable adaptation of very messy source material.

Like its source material, The Great Indian Murder begins with Vikram “Vicky” Rai, industrialist and playboy son of the current Home Minister Jagannath Rai. He is spoilt, arrogant, almost maddeningly evil to some degree. Three years after his arrest for a crime he had orchestrated, Vicky throws a party to celebrate his acquittal. In his supreme arrogance, he invites everyone who he believes has a score to settle with him. During the ensuing celebrations, Vicky is shot dead, and two gun-wielding suspects are arrested. As the murder of the son of the current Home Minister brings an added level of cache and media attention, DCP Sudha Bharadwaj of the Delhi Police is brought in to solve this case as well as CBI Officer Surya Yadav. What they discover is a labyrinthine story of all the suspects, some arrested while some slowly getting revealed, and how all the threads invariably converge on the night of the murder.

Adapted from such a maddeningly ambitious and convoluted novel, it isn’t a surprise that the show is over-plotted and stuffed to the brim with events happening continuously. The screenplay by Tigmanshu Dhulia, Vijay Maurya and Puneet Dhulia manages to streamline the events of the book by removing ancillary suspects or diminishing a primary story thread into a footnote. Fans of Paoli Dam expecting a meatier role for her would be disappointed. Like Slumdog Millionaire, another big-budget adaptation of Swaroop’s debut novel, The Great Indian Murder’s exploration traversing the breadth of India like West Bengal, Rajasthan or Tamil Nadu feels mostly superficial. West Bengal is showcased through shots of Howrah Bridge, a song while walking through the dirty lanes; Tamil Nadu is shown via popular Tamil songs and shooting of a Tamil movie while praying against an effigy of Rajnikant; Rajasthan is shown by mostly overhead drone shots through yellow pallet covered desert landscapes. 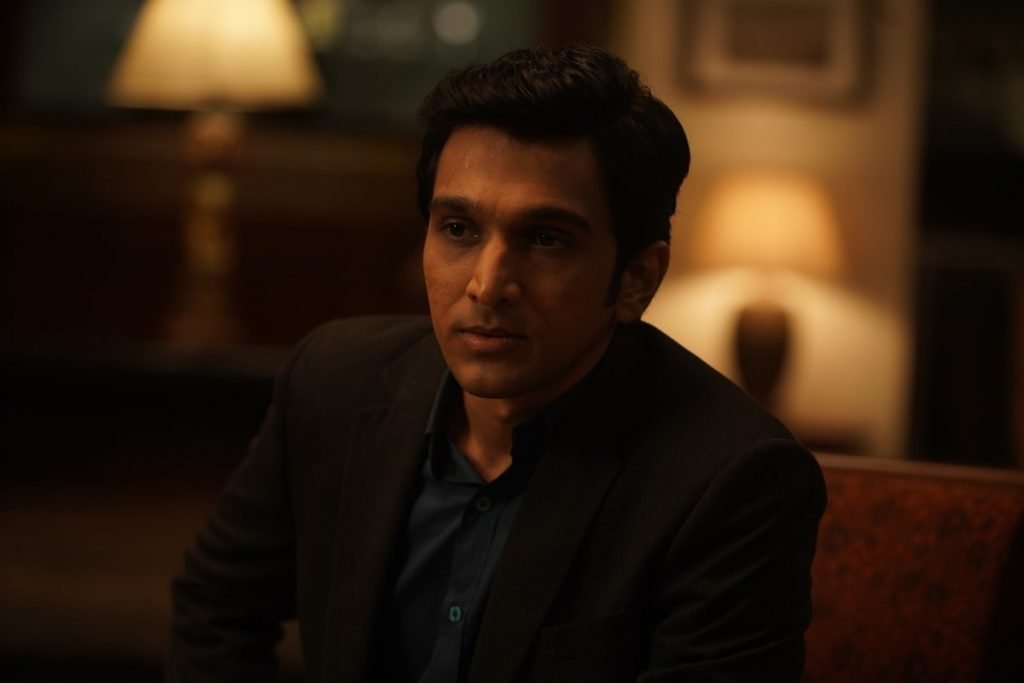 Thrillers consisting of labyrinthine plots dealing with the political underbelly of India requires far more than convoluted plots. It requires stylisation and editing. The former is notably absent while the latter is amateurish. The transitions feel awkward, with flashbacks occurring within flashbacks. There aren’t any visual cues to signify that events are occurring in the past or future. However there are moments where the story fast-forwards by showcasing the events through a film reel effect, but that is few and far between. It also becomes exhaustive at times to see the corruption, double-crosses, the proliferation of media through a political landscape without many nuances other than the events simply shown. The novelty of The Great Indian Murder is the structure of the story, but the plot threads don’t come together satisfyingly.

The show is buoyed and elevated by the cast. Mukesh Chhabra as the casting director scores a home run here, with Ashutosh Rana, Shashank Arora and especially Prateek Gandhi standing out. Ashutosh Rana as Home Minister Jagannath Rai brings a sense of dignity mixed with a healthy dose of privilege and arrogance. Prateek Gandhi, fresh off his applause-worthy performance in Scam, delivers a multilayered and complicated performance as Suraj Yadav. Suraj Yadav’s character is easily the most compelling because of how slippery, how easily corruptible and how smug he can come off as, and Gandhi also manages to exhibit a healthy dose of charm in between these moments.

Related to The Great Indian Murder (Season 1): The Top 5 Hindi Web Series of 2020

Shashank Arora as Munna also brings to life a very well developed character arc, but easily the standout is Mani as Eketi, a tribal who is searching for an idol stolen from his village. He was the heart and soul of the novel, bringing to life an outsider’s perspective of someone who gets swallowed by the corrupted system, and Timangshu Dhulia manages to bring to life that character almost flawlessly. Raghubir Yadav’s version of a man possessed by Mahatma Gandhi’s spirit is the source of comedy for an entire episode, even as it threatens to derail the narrative, to the extent that even the characters in the show warn us to not concentrate on the “clown”.

The Great Indian Murder is an admirable effort of an adaptation of a source material that is both messy as well as ambitious. Its exploration into the class divide, politics, corruption, religion, the proliferation of film and media, are all topics covered with minimum finesse. However, the show does manage to bring intrigue and entertainment. Like a masala movie, it tries to cover a variety of genres at once, and succeeds in a few of them, while falling flat on others. Plot threads are resolved at some places, while completely dropped or left hanging at others. Dhulia’s direction gives us a story where lots of events are occurring on screen, but there is a notable absence of tension. The over-stuffing of the story comes at the expense of breathing room between scenes. The cast though manages to keep the show watchable, even though the show does remain itself open for a second season, should the makers pitch in, which again begs the question – Is it too much to ask for a complete story?

The Great Indian Murder (Season 1) is now streaming on Hotstar

Silence & Violence - How the Bank Robbery Scene in 'Hana-Bi' Discretely Disrupts Order, Whilst Maintaining its Facade

Rocket Boys (Season 1) 'SonyLIV' Review: A show about physicist that glides, if not Soars