Home»Reviews»Rent-A-Pal [2020] Review: An Extremely Well-Acted Take on The Toxic Nature of Male-Friendship
Reviews

The Lovecraftian film Spring (2014) begins with the protagonist Evan on the deathbed of his ailing mother. The final sighs of his mother, not only liberate her from the clutches of cancer but also signal a new beginning for Evan, who until now had been caring for her. Evan, finally free, leaves his crumbled home for the idyllic beauty of Italy. Not only does he feast his eyes on the most exotic of locations, but also finds true love (and passionate sex) with the most enigmatic girl possible. But what if we are to strip Spri­ng of all its romantic possibilities? How about confining a young man in his thirties with a demented mother who constantly needs care? How about changing the setting from the lush landscape of Italy to an unexceptional suburban house? And also removing the fiery romance with self-pitying masturbation sessions. The result would be Rent-A-Pal (2020), the directorial debut of cinematographer Jon Stevenson and one of the most underrated thrillers of the year.

It is the nineties. The Internet has not quite exploded yet but dating services like Tinder have already found their precursor. The film begins with our protagonist David (played by Brian Landis Folkins) in his basement-cum-bedroom watching Video Rendezvous, a VHS based service that allows people to record a small tape of themselves and pair up individuals of similar interests. David has had his tape-recorded but who would prefer to date a bespectacled man who is in his forties and lives with his senile mother (Kathleen Brady)?

Much of David’s monotonous routine consists of caring for his mother who has dementia, cleaning their house, doing the laundry, and spending whatever free time he has in his basement, drinking bourbon, and watching old videotapes. But although Stevenson films David’s maddening vegetative routine with ominous music running behind, David is not an archetype of a nice-guy-about-to-burst trope (although the film regrettably pounces upon this theme in the underwhelming third half). Much of David’s simplicity and down-to-earth nature bears a striking resemblance to Theodore from Spike Jonze’s Her (2013). Both are nice men seeking a personal connection in a disconnected world. “I like being a caregiver. I think I’ve always had an inclination to care for others…I am looking for a deep connection based on love and mutual respect,” tells David in his tape-recorded for Video Rendezvous. 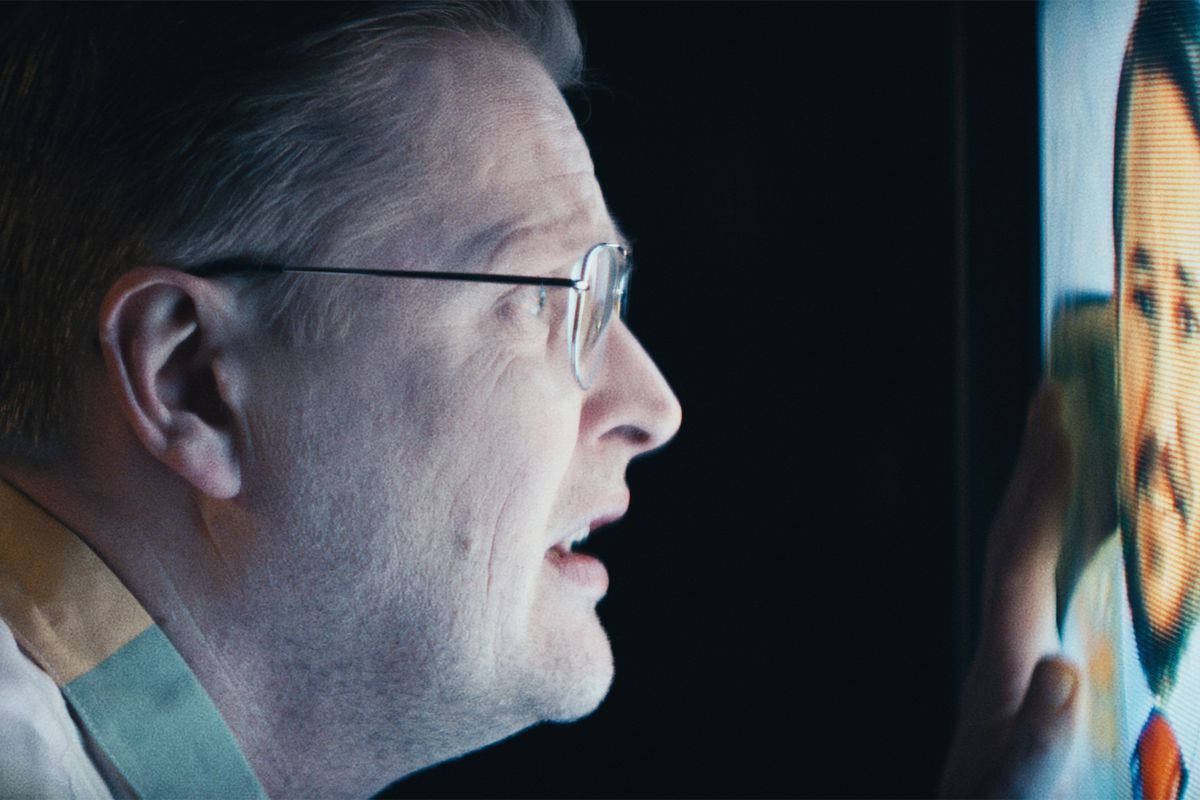 Alone and dejected, David finds a fresh alternative, when he stumbles upon a tape called Rent-A-Pal, a VHS tape of a guy called Andy (Wil Wheaton in a deliciously juicy performance) who has recorded his tape in a way to simulate actual interaction. (Stevenson based the tape on an actual interactive VHS tape popular in the eighties called as Rent-A-Friend and the creepy footage is still available on YouTube).

“I’m here to be your friend,” introduces Andy to David, a line that instantly brings to mind the iconic refrain of the evil doll Chucky’s from the Child’s Play franchise. Andy has a congenial disposition- his feigned interest in David’s life (or anybody’s life for that matter, because Andy is just a pre-recorded tape) seems to signal a convivial man, a friend we all wish for. But something behind that smiling face seems to be amiss. Andy lives inside the screen but as David’s morbid fascination with the tape increases, the thin line between reel and reality begins to break. Is Andy circumscribed by the screen or has somehow found a way to spy upon David’s life? More importantly, does Andy even exist, or is it just a manifestation of David’s insecure masculine ID?

Rent-A-Pal is marketed as a psychological horror-thriller, but ironically the film’s best moments come when it taps its dramatic potentials. Before the film turns into a disturbing tale of obsession and toxic friendship, it is a really touching portrayal of loneliness, mental health, and the dire need for companionship in a capitalist society.

Stevenson manages to shoot up a satire at dating and matrimonial sites incarnated as Video Rendezvous in the film, which claim to provide companionship and love but have little more than monetary gains in mind. Moreover, before taking his premise into dark territory, Stevenson also wonderfully builds the relationship between the characters, creating three-dimensional figures rather than archetypes. When David finally manages to score a date with a likable nurse Lisa (Amy Rutledge), Stevenson films the short montage sequence of their first date in neon-lights complemented by a dreamy synth-heavy eighties score by composer Jimmy Webber. It is such an endearing moment that one almost wishes the film to dispose of the Andy subplot and let it turn into a romantic drama where David finally finds his happiness with Lisa. 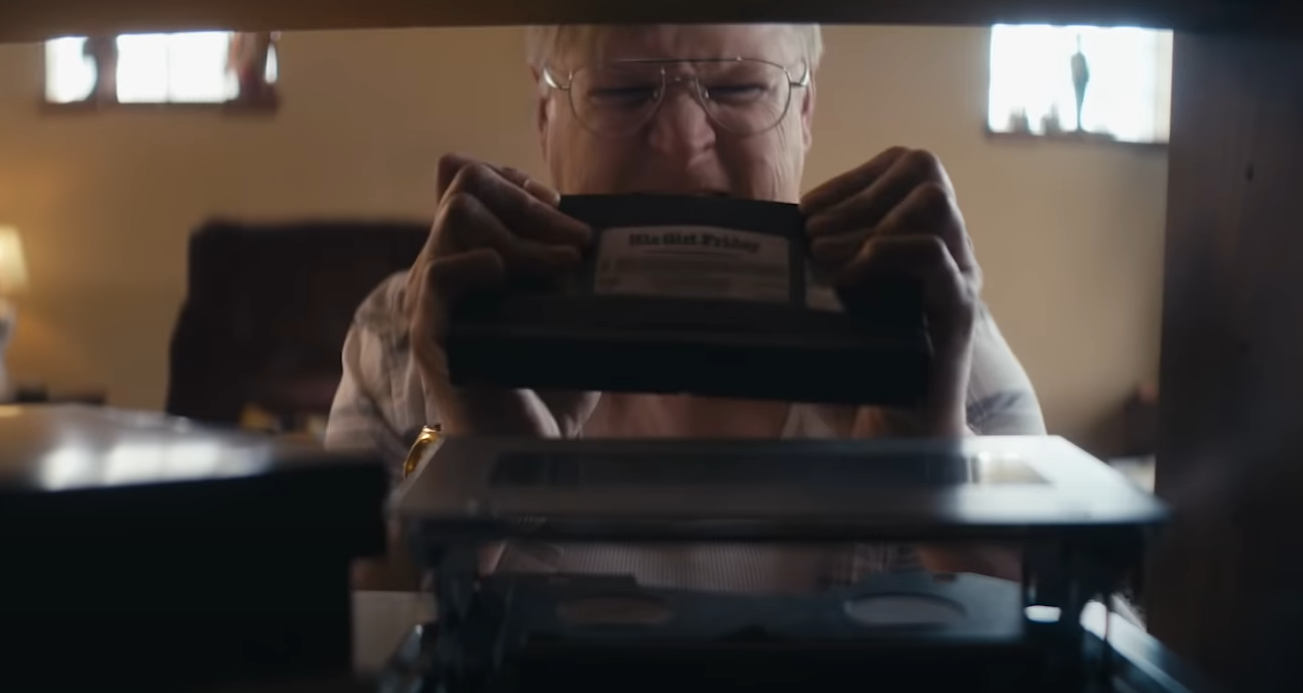 The prime reason why such sequences do work in the film is the tight script and the remarkable cast and crew. While there are moments of shock and tension to satiate the genre fans, Stevenson is well-aware that the craft behind making a successful thriller is not just to rely on tensed moments and adrenaline rushes, but about making the characters and situation as believable as possible.

This task is carried out excellently by the small cast of the film. Kathleen Brady as David’s shrewish and sometimes overbearing mother showcases the soft-side of her character, especially in the scene involving an altercation with her son. Amy Rutledge’s Lisa makes her appearance quite late into her film, but she adroitly pulls off the warm and empathetic figure that David wishes in a companion. As the film progresses towards a more horrific climax, the script even gives Lisa a chance to become the film’s ultimate final girl.

The real star of the film is however the chemistry between Brian Landis Folkins and Wil Wheaton. It works perfectly despite the astounding fact that these two actors never shot any scene together. Wheaton inhabits the slyly cogent Andy with finesse, excellently mediating between a seemingly nice man to a controlling freak. But, Rent-A-Pal is essentially a calling card for Folkins. The actor plays David with such empathy that even when David’s sanity begins to slip away, it is not hard to understand him.

From capturing his awkwardness while filming his first tape to his reaction after the date with Lisa, Folkins amazingly shows his wide range of potential in a single film. Even when the script fails his character-arc in the final act, Folkins’s performance never steers away. While it is too small a film to get any attention at the major film events, it would be a shame if Folkins does not even get a nod at the Independent Spirit Awards.

Despite its well-acted female characters, the film rightly steals the spotlight from them to focus on their male counterparts. I use the word ‘rightly’ in the aforementioned line because Rent-A-Pal is thematically about the noxious nature of male friendships. Typically, in many mainstream films (especially the buddy comedies of the early 2000’s), male friendship is celebrated as a tightly-knit bond cemented by trust and empathy. These films do not take into regard the threat that the sexist jokes and outright misogyny of this male camaraderie pose to its women characters. 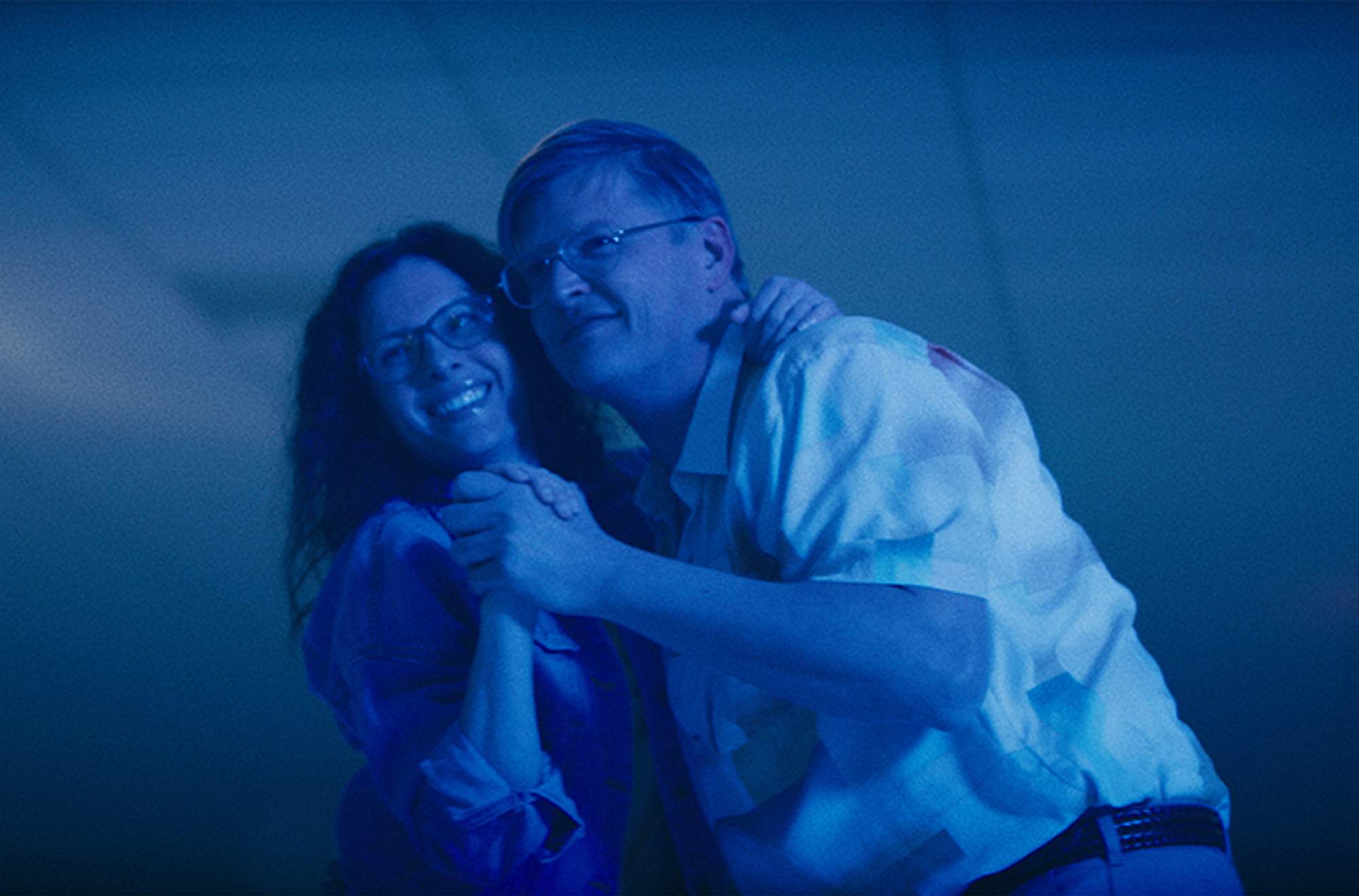 Rent-A-Pal, despite its familiar premise, feels so timely and relatable in an age where the duo of David-Andy has found a macrocosm in the online forums of the INCEL group, an online space where single-misogynist-heterosexual men rant about not ‘getting’ sex and how women have it easier than men. Andy’s similar stories about his revenge on a girl after getting snubbed for prom or his wanton tales of sex in college days vicariously titillate David. Andy is what a small part of him wishes to be. Rather than healing David’s pain and insecurities, Andy preys upon them. He blatantly feeds David’s self-pity which militates against the genial relationship he could have had with Lisa. The film thus subtly underscores the damaging nature that such ‘friendships’ inevitably bring.

Where Rent-A-Pal does falters is in its predictable turn in the latter half, which seems much inconsistent with not only the characters but also with the pace of the film. Despite its hundred-minute runtime, the horror-styled climax feels rushed. It is as if the film needed a couple of minutes more before transforming this story into all Shining mode. In spite of this predictable finale, Stevenson redeems the film with a satisfying closure in the film’s last-minute, which passes on some serious vibes of a Black Mirror episode.

Rent-A-Pal taps on familiar grounds but it treads them so neatly that most of it feels smooth and gratifying. A must watch!