Belle Vie (2022) Review: The pandemic was like a bag of bricks hitting everyone right where they live. If not a nuisance to health, it left most of our livelihoods in unrepairable jeopardy. People lost their loved ones, their jobs, and businesses were hit with a sledgehammer that left them fending for themselves. Local businesses, especially restaurants that served delicacies that can’t be enjoyed until you eat them right where they are made, couldn’t rely on the lateral shift of delivering them home. So, while big corporations and commercial food chains still thrived, some of the most successful ones were forced to close their doors for good.

Marcus Mizelle’s “Belle Vie” charts a story that seems similar to this discourse. The documentary follows Vincent Samarco, an immigrant who came to Los Angeles in 2016, bringing with him the goodies of generation knowledge about Parisian cuisines, before parking his truck right between the very successful outlets of KFC and McDonalds. His restaurant, which translates to “The Good Life” (from the French phrase “Belle Vie”) was an instant hit in the neighborhood. It wasn’t just the exceptional food but the sense of unison and community that Samarco managed to conjure up with his giddy, french charm that made his restaurant one of the most talked-about places in the town.

The wine and dine also served good old-fashioned charisma with the only place in the neighborhood that ever thought of having people around and letting them dance and connect to the rhythms of live music. However, all of it changed when the Coronavirus pandemic hit and changed everything. Samarco was first forced to close down shop due to government rules. Then, when the first wave subsided, they were allowed to let only a section of people in, which did not help as it did not earn him the kind of money he was putting in. 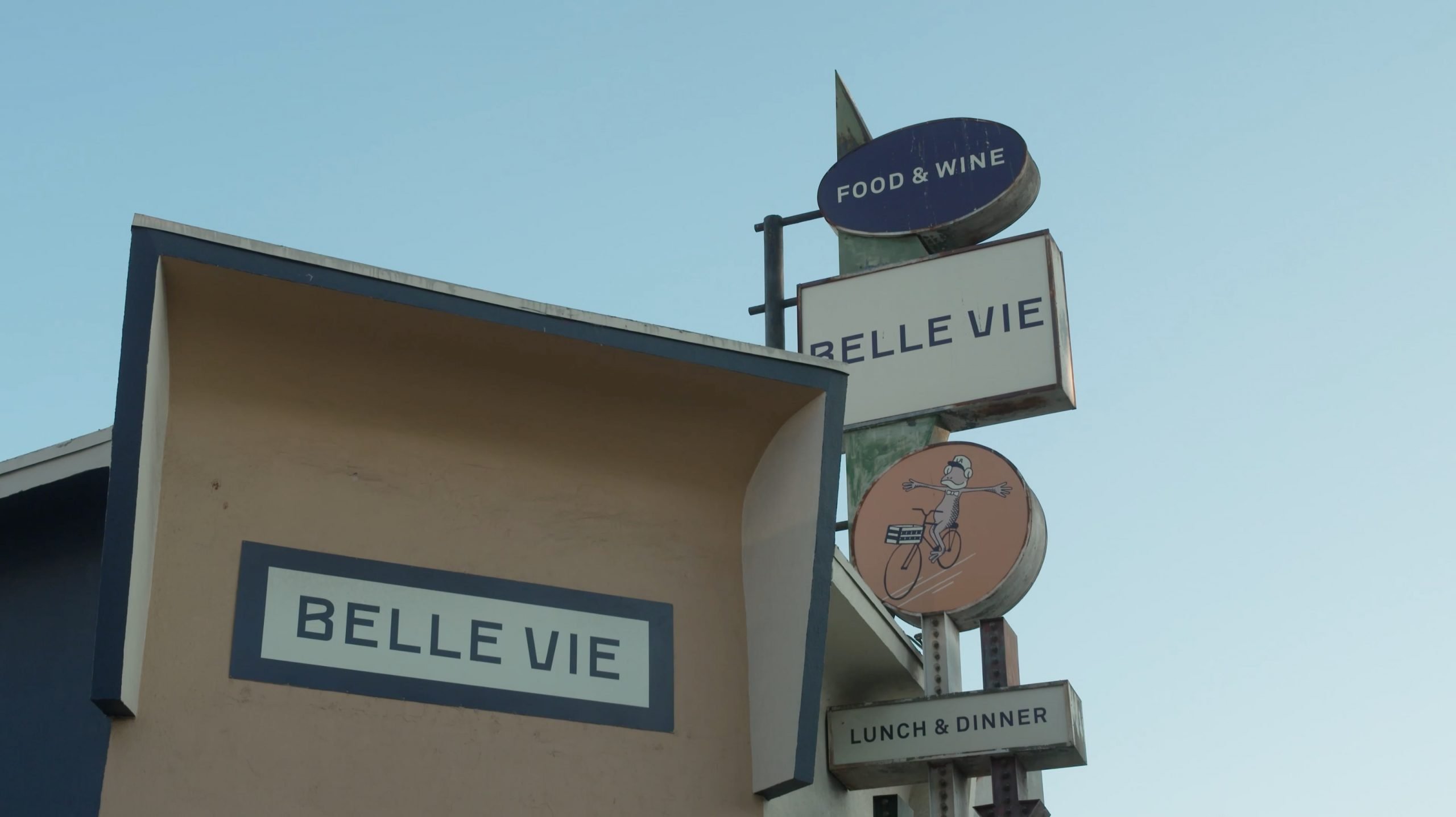 Later, when Trump finally dropped his act of Coronavirus just being a hoax, these restaurants were forced to find alternate solutions like outdoor sitting and such to keep their business going. But, when the second wave and the subsequent strains made everything even more restrictive, none of these efforts made sense anymore. Like most of the business owners, Samarco was down with debts and was forced to sign for bankruptcy.

Now, as miserable as all of that sounds, director Mizelle’s film charts these ups and downs with a charming, uplifting spirit. A lot of it has to do with Vincent Samarco’s personality as a person and as a businessman. Even when things hit the lowest of lows, the restaurateur shows great resilience and compassion. Mizelle knows this and films the Parisian-style bistro with a very personal and unclose feeling. It is almost as if Samarco’s struggle is his own. Letting us believe in the power of effort and how you react to adversities. Because, at the end of the day, that’s all that matters.

Coming in hot from his Emmy win for his documentary short “Something In The Water: A Kinston Basketball Story”, Mizelle’s use of music replicates that of a quirky French romance. Almost as if he is documenting the love of a man with a place that is even more beloved to him than his own home. He cuts the film with up and close encounters that take place in and out of Belle Vie, with snippets of videos and clips of the pandemic. While the threat of eventual doom hangs right above their heads, Samarco’s resilience, where he dumps fertilizers into a large wooden container in order to build a temporary space in the parking lot paves the way for the documentary’s most poignant moments. 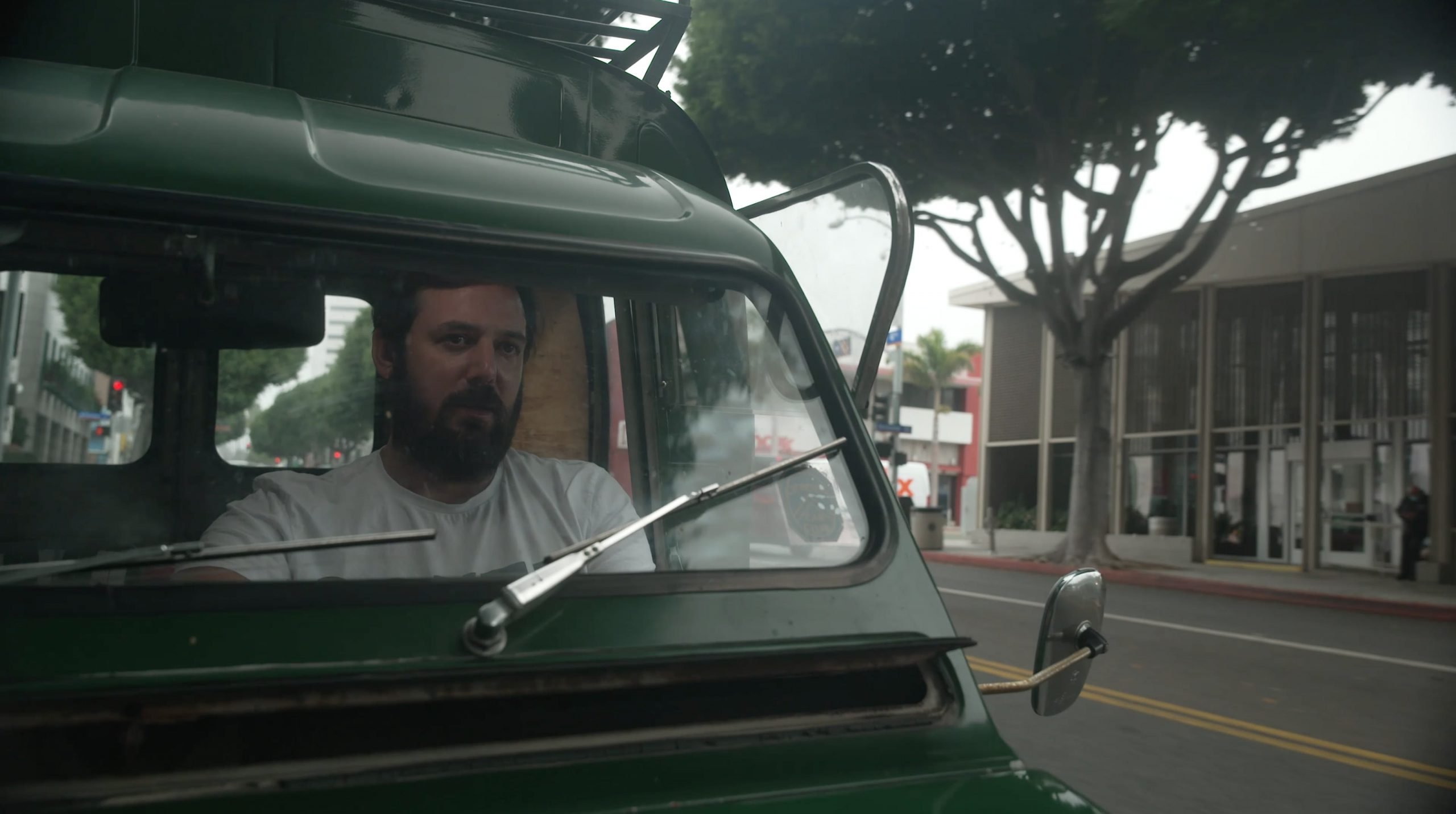 The director is also heard a few times behind the camera, making the real-time reactions and conversations feel more authentic and heartfelt. The fact that one can see the poster of Mizelle’s 2019 feature “Chameleon” on the restaurant’s mainframe can be seen as a reason why this subject felt like the right thing for him to capture. The intimate understanding of this character and his struggle could have however used some acknowledgment of Samarco’s privilege over, let’s say his chef, who was to be deported if the restaurant closed. Personally speaking, that could have made this documentary a little more impactful.

Nonetheless, “Belle Vie” is a documentary about a man who never lost his sense of humor in spite of getting loaded with adversities. Watching this 6-foot long man driving around in his little truck trying to fix the unfixable has to be one of the most interesting experiences I have had all year and I would recommend this with all my heart.

Belle Vie had its world premiere at the Santa Barbara International Film Festival 2022 and will be broadcasted on PBS SoCal (KCET) App on 15th March.

Spin Me Round [2022] 'SXSW' Review: Alison Brie Finds Love And A Sinister Plot In This Comedy Mystery