Home»Reviews»Kabir Singh [2019]: Misogyny In The Name Of Anger Management
Reviews

On Friday night, I went to watch Kabir Singh without any prior reviews or knowledge about the plot or the film. Honestly, I was hardly forty minutes into the movie and I’d seen normalization of male savarna saviour complex, stalking, sexual harassment and non-consensual kisses.

The hero reeks of ‘toxic masculinity’ which is presented under the guise of a man who is dealing with anger management issues. But we do end up doing this, don’t we? We hide a man’s toxicity which is, in turn, is, of course, a weakness under one or the other pretext. We excuse him often because he’s going through a ‘trauma’. There’s this scene in the movie where one of the characters says, “Democracy me itna free-spirited hona possible nahi hai.” The toxicity of the protagonist is turned into him being a free-spirited soul.

He is constantly forgiven by us, the audience and, of course, by the filmmaker who has reduced the heroine to a mere prop that takes the plot forward. Preethi Sikka (played by Kiara Advani), whose role is to stay silent throughout the movie, it’s a very little one and mostly comprises of looking down, pleading, begging and crying.

There’s this another dialogue in the movie where Kabir Singh says, “it’s 2019 and caste shouldn’t be an issue in the union of two lovers.” Yes, it is 2019 and this is definitely not the kind of scripts we’re looking for female leads. This isn’t what we expect girls to do, especially when, in the first place, she was brought up to be ambitious, study medicine and make something worthwhile out of her life. 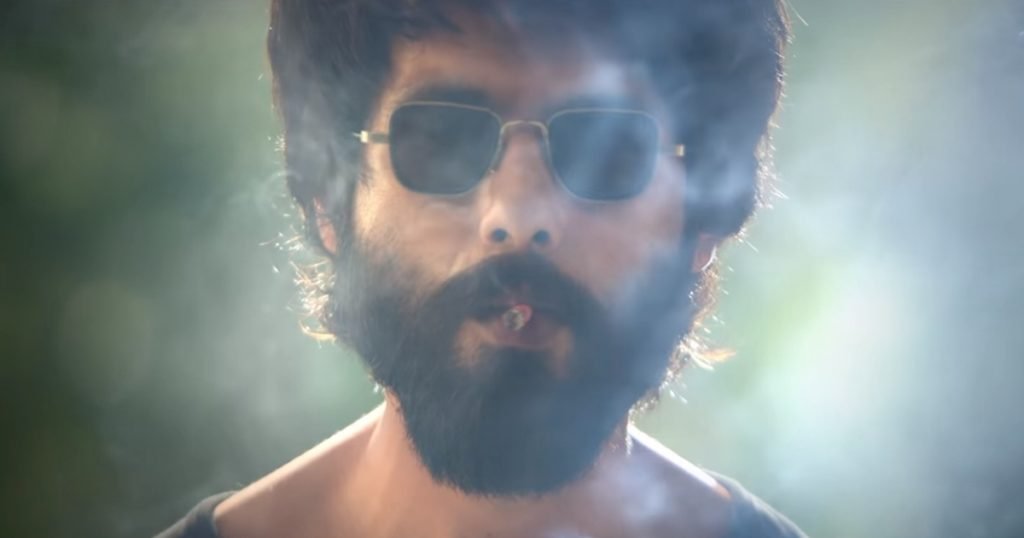 When Kabir meets Preeti for the first time, the power that is differential between them is uncomfortably obvious – a senior, scary, aggressive, masculine boy versus a junior, scared, quiet, hesitant girl and he, without any context, kisses her cheek in public. The film thinks of it to be a romantic moment, it cuts into a song. Throughout the film, Kabir doesn’t ask Preeti, he’s always seen to be giving her orders. He orders her to sit with a ‘healthy girl’ because, according to him, beautiful girls should have fat friends so that they do not turn into ‘eventual competition’. He never asks for her thoughts on the matter. Because, well, why should a human with a vagina have any at all?

In another misogynistic scene in the movie, Kabir breaks into a woman’s house and makes her drop her pants on knife-point, even when she informs him about the presence of her boyfriend in the other room, just so he can satisfy his physical needs. What’s even more problematic is that the audience thinks of it to be comical and almost the entire theatre laughs their hearts out. Even the makers understood that it is going to be comic relief to a film that is prepped with aggressive, uncalled for behaviour.

Also Read: Arjun Reddy: Rebel Without A Cause

He abuses the father of the girl who he apparently loves, saying he doesn’t have the class to find a better son-in-law, because our Kabir is handsome, he’s brilliant and a topper after all. “Frenchie pehen ke khada hoga toh 50 ladkiyan toh aise hi milengi.” says his hopeless friend. Nope, no casual misogyny here, just a casual comic relief.

Kabir Singh heavily romanticizes toxic masculinity and abusive behaviour and all in the name of obsessive love and to some extent, meritocracy. The protagonist manhandles, manipulates the woman he claims to love, bullies her classmates, assaults her, threatens her, gives her an ultimatum to be with him within the next six hours, he beats women, pretends to unzip his pant in front of a woman to scare her, but hey! No casual misogyny here, just a little comic relief.

Honestly, Kabir Singh’s world is no place for a woman. Especially for a woman with even a single drop of self-respect. It scares me when I think that there could be a Kabir-esque man around me, who’d probably watch this movie and then feel validated enough to whip a knife and demand sex. It also gives me hope that other men around me will squirm at what they see in the movie and know how exactly not to be.

Wade In The Water [2019] Review: The Curious case of proxy Revenge & Self-atonement