Home»Reviews»Something in the Water: A Kinston Basketball Story [2020] Review – Glories of the past, present and future
Reviews

Something in the Water: A Kinston Basketball Story [2020] Review – Glories of the past, present and future

What do you call a phenomenon that happens like clockwork and doesn’t necessarily have a reason you could pin-point to? In layman’s terms, I’d call it “magic.” However, American director Marcus Mizelle – whose documentary investigates the incredible fact that 1 out of 52 basketball players from Kinston, North Carolina end up playing for the NBA, terms it as “Something in the Water.” His PBS documentary short ‘Something in the Water: A Kingston Basketball Story‘ traces the legend that is not something that is just claimed. It is an actual truth.

Director Marcus Mizelle lives in L.A. But like most sports fanatics, the stories of Kinston, North Carolina – a town he spent 23 years of his life, must have fascinated him. The aforementioned legend about the town is a feat, to say the least. Mostly because the ratio of 1 out of 52 stands tall in comparison to the 1 out of 10,000 players around the world who make it to the leagues. It is evident that a filmmaker would be curious to know what really makes this phenomenon so pertinent in the town.

The short captures players, coaches, families who have all played an important part in making the basketball community in Kinston truly stand out. The director shoots freewheeling and intimate conversations that try to figure out the very basic that goes into making a sport a sort of getaway for young minds. Minds, that can get polluted as they drift into the troubled state far too easily. From the interviews, we get a gist of why young basketball players work so hard in the town. There’s a clear reminiscing power to this film that makes us understand why and how Kinston became a sort of mecca for basketball. 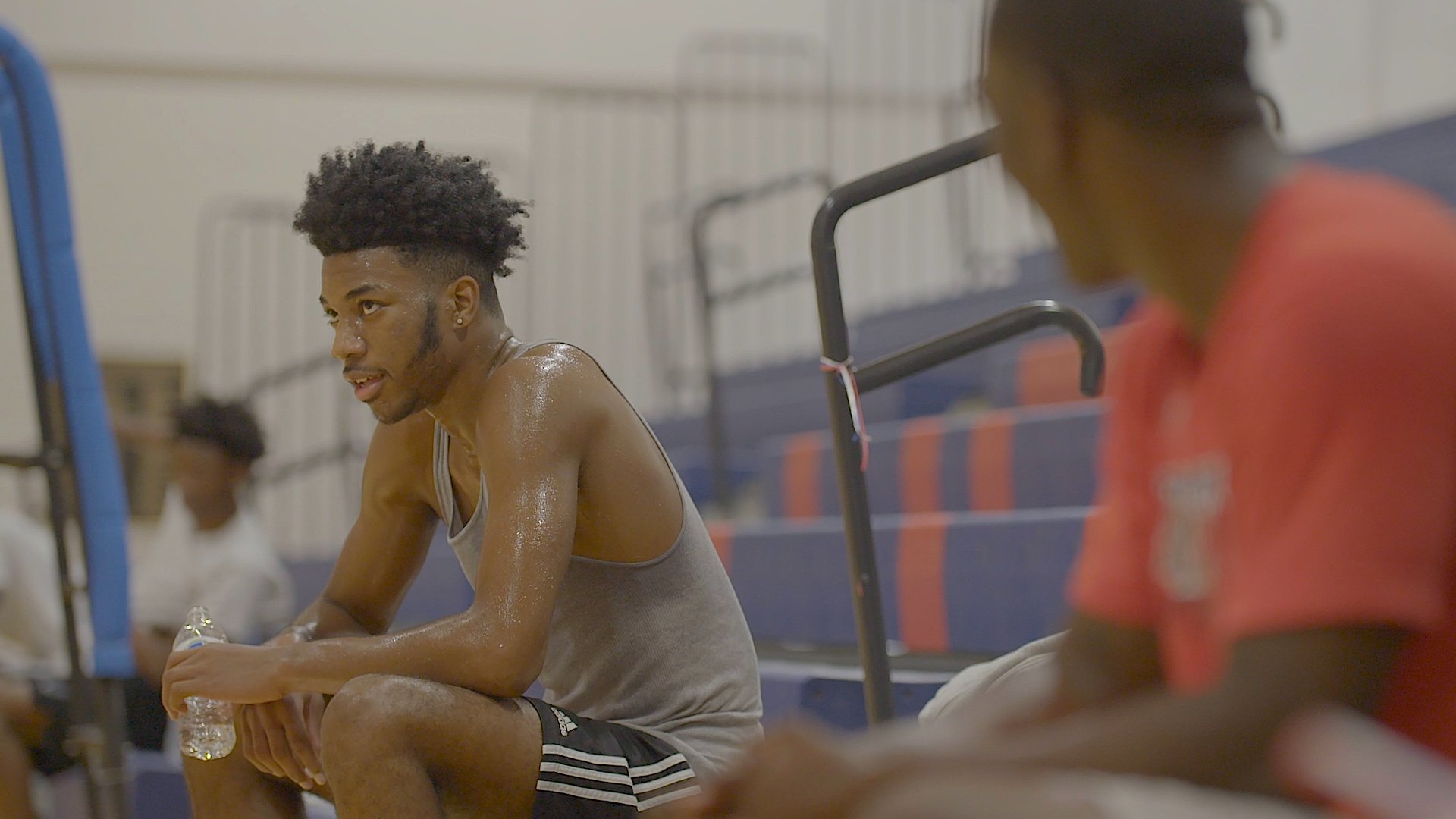 Coming to the film, it is pretty basic, by-the-numbers documentation. The keynotes here is the way it is shot. Mizelle tries his best to capture the euphoria that he must feel when sitting around on the benches looking at players match the speed of light as they jump around the hoops with a dribbled ball. For a larger part of the short, he succeeds. Curtis Hines becomes a sort of central character here and his understanding of the game and the story of Kinston form the unique crux of the short. There’s also an immersive quality to the proceeding here that makes the documentary tropes feel familiar yet inventive.

Something in the Water: A Kinston Story owes it’s existence to players like Cedric Maxwell, Charles Shackleford, Jerry Stackhouse, Reggie Bullock, and Brandon Ingram. They are all NBA star players who made it big after starting off from one of the school grounds in Kinston. It also owes a lot to the coaches and families that came forward to make the legend persist time and again. Mizelle formulates his presentation in such a way that it pays tribute to everyone who played an essential role in building the legacy that still goes on.

The director doesn’t shy away from presenting his town in both a happy and grim state. The interviews clearly indicate that the crime rate in the town has always been a reason for worry. However, the tight-knit community and empathy amongst the people of the town make the culture of basketball both a getaway and a reason to strive in life.  More so, Mizelle manages to ground his film in the glories of the past, present, and future with an optimism that the water of the town will never go dry.

Watch the Film on Amazon Prime

Something in the Water: A Kinston Basketball Story Trailer

Something in the Water: A Kinston Basketball Links – IMDb

Something in the Water: A Kinston Basketball Story [2020] Review – Glories of the past, present and future