After watching a bunch of skateboard related movies in 2018, I was left with a newfound respect for the subculture. There’s no denying the fact that people who skateboard connect to each other on a more personal and maybe spiritual level. In ‘Rom Boys: 40 Years of Rad‘, a bunch of middle-aged men are seen being nostalgic about a skatepark that has shaped their lives and personalities through the years. It’s a documentary that celebrates the memories of a bygone era that needs to be preserved for the rich impact it left on the people it inhabited.

The film follows a group of 40-somethings reminiscing about a time and age where thrills were all they ever wanted. The focus is always a place rather than a thing and the documentary makes sure that we are wellied into this world. Romford Skate Park, better known as ‘Rom’ is the central character here. Everything around is just sawdust. Director Matt Harris is fully aware of this fact and ensures that we see the skatepark as more than just a piece of land.

The film, with generalized documentary troupes, shows us around. There are multiple drone-shots that closely take us in and out of the frame in question. We see the rich history, the inherent architectural importance, and the emotional connection that these men (termed boys) have with this place. The reason why the documentary is made in the first place is to pay tribute to this piece of land that has shaped their lives. No matter what class and strata these boys came from, they always found a semblance of livelihood in the skatepark. 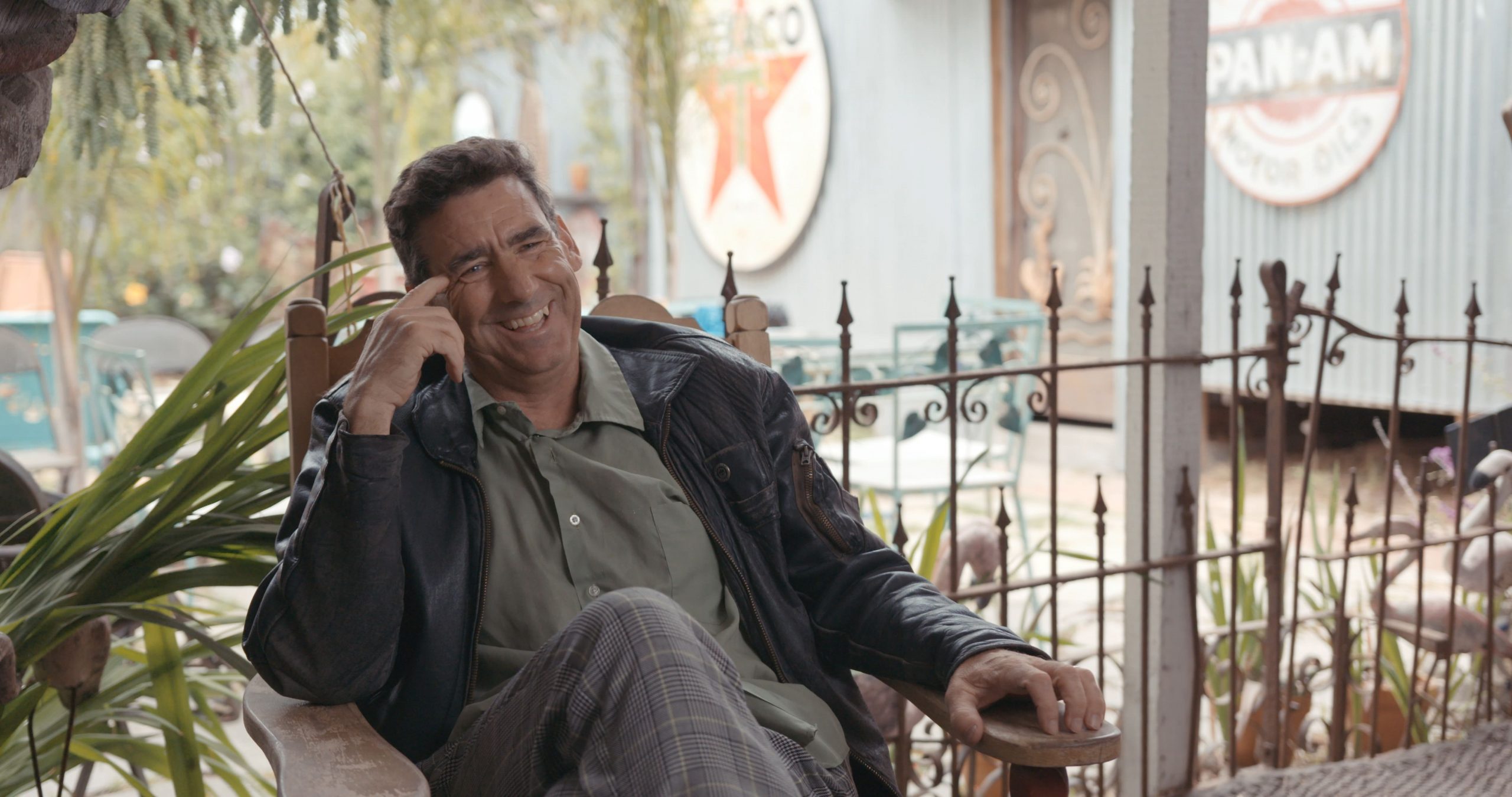 The documentary traces these skateboarders and BMX riders who once famously abounded the Romford Skatepark in Hornchurch, London. They look back when they were feisty kids, dejected teenagers, and disturbed young lads who felt like outcasts because they couldn’t related to the real world and its problems. It basically follows these individual stories and how some of them treated Rom as a second home or even first in some instances.

The film manages to show how they felt liberated around this place which was basically made up of concrete holes of ups and downs. Recounting their life and the history of the park also comes with the baggage of having to come out of their thrill rides. The film doesn’t shy away from presenting these individuals as basic human beings who left the life of thrills to lead a life that provides. However, the artistic side of their skateboarding and BMXing gig become a real part of their existence.

The fact that Rom was given a grade two listing – basically giving the place an architectural inheritance shows how important it was to document everything that the place was. For people who don’t know about Rom and it’s fight for survival, the last leg of the film can come off as a shocker. For others like me, the leg felt like quite a stretch. It does feel like the filmmaker is trying to manipulate an emotional connection out of the viewers. Shifting from the subtle tone of the narrative into one that feels forced even though there’s no other way for it wheels out keeps the documentary from becoming anything greater than what it is.

That said, the film manages to be a celebration of nostalgia and ably sits right in the ally of contemporary documentaries meant to be a homage to a place that needs to be saved. ‘Rom Boys: 40 Years of Rad‘ is not overly dramatic and that’s exactly why it remains pertinent. It takes skateboarding and BMX biking a notch above its usual representation. It is not just a sport or a pass time for people. There’s an edge of art to it and the director manages to transform it into a loving tribute to what it stands for the people involved here.