Home»Reviews»Netflix»The Call [2020] Netflix Review: When Present and Past Collide in a Hopeless World
Netflix/Reviews

‘A black cordless phone’, ‘an intervention’, and ‘festering jealousy’ are all that it takes for everything to go irrevocably downhill in Lee Chung-Hyun’s gothic mystery thriller ‘The Call’. In this twisty genre-bending ride the past is pitched against the present, submerged in a gore, gloomy, overly thought time-travel plot. The movie loaded with a tight storyline builds a hopeless world in a bold premise where desperation to alter the aching memories of bygone years inflicts mayhem on the space-time continuum.

Known for crafting some of the finest, bloodiest, and most exhilarating genre in existence, Korean movies have become a staple for the cravers of a horror-tinged thriller. And this time writer-director Lee Chung-Hyun strikes the chord with his latest offering. ‘The Call’ that cuts through time, if not space, is surprisingly Lee’s first feature film. His work stands as a tough contender, making amongst the finest thrillers on Netflix right now.

Related to The Call Netflix – The Tunnel [2011] Review: Undone By Its Weak Ending

Although inspired by a 2011 Puerto Rican-British film ‘The Caller’, this genre hybrid avoids feeling cut-and-dried. The movie flaunts amazing visuals styles and camerawork by cinematographer Jo Young-jik with an impressive production design. The western graphics presented with Korean characteristics is well complimented by the high-contrast-dimly-lit palate and Dalpalan’s eerie background score that forms a distinctively menacing chill.

Lee Chung-Hyun’s film sets about with a phone call that connects two women; Young-sook from the past and Seo-Yeon from the present. Both belong to the same reality but live in two different time zones. In their newfound friends over a series of calls, the two women decide to try and change each other’s present.

Things start taking a 360-degree turn after ‘a proposition’ from the past. The cause-and-effect relationship between parallel past and present timelines is triggered by every word they speak and the actions they take. The tension increases as they engage in the battle of wits trying to outweigh the other.

Also, Read – A MONSTER CALLS [2016]: AN ENDEARING TALE OF ACCEPTANCE

‘The Call’ works so well as an intense mystery thriller. Its gothic vibe presents an outstanding line up of the stellar women-centric cast. Director Lee proves that female characters can be very powerful in various genres.

Jong-Seo Jun as Young-sook and Park Shin Hye as Seo-Yeon on-screen chemistry is rare and neatly balanced. With their intense and captivating performances, they carry the entire movie on their shoulders. They breath life into their characters in ways that refuse to be erased from our minds. Jun and Park take full command of every scene they are in. They are unflinching. The story doesn’t just box them into “the good” and “the evil”. Both have their moment of darkness.

Jong-Seo Jun (Burning) is the star of the show. One cannot help but be in a state of awe with the sheer brilliance the rookie actress brings to the screen. Jun is splendid as Young-sook. Her character build-up is most convincing to watch as she seems effortless in evoking the sense of pity to pure repugnance and horror. The duality of her persona is more evident when she shifts from a mysterious extremely miserable and fragile victim to a merciless, brutal manipulator in a killing spree, with utmost conviction in a matter of a couple of scenes. 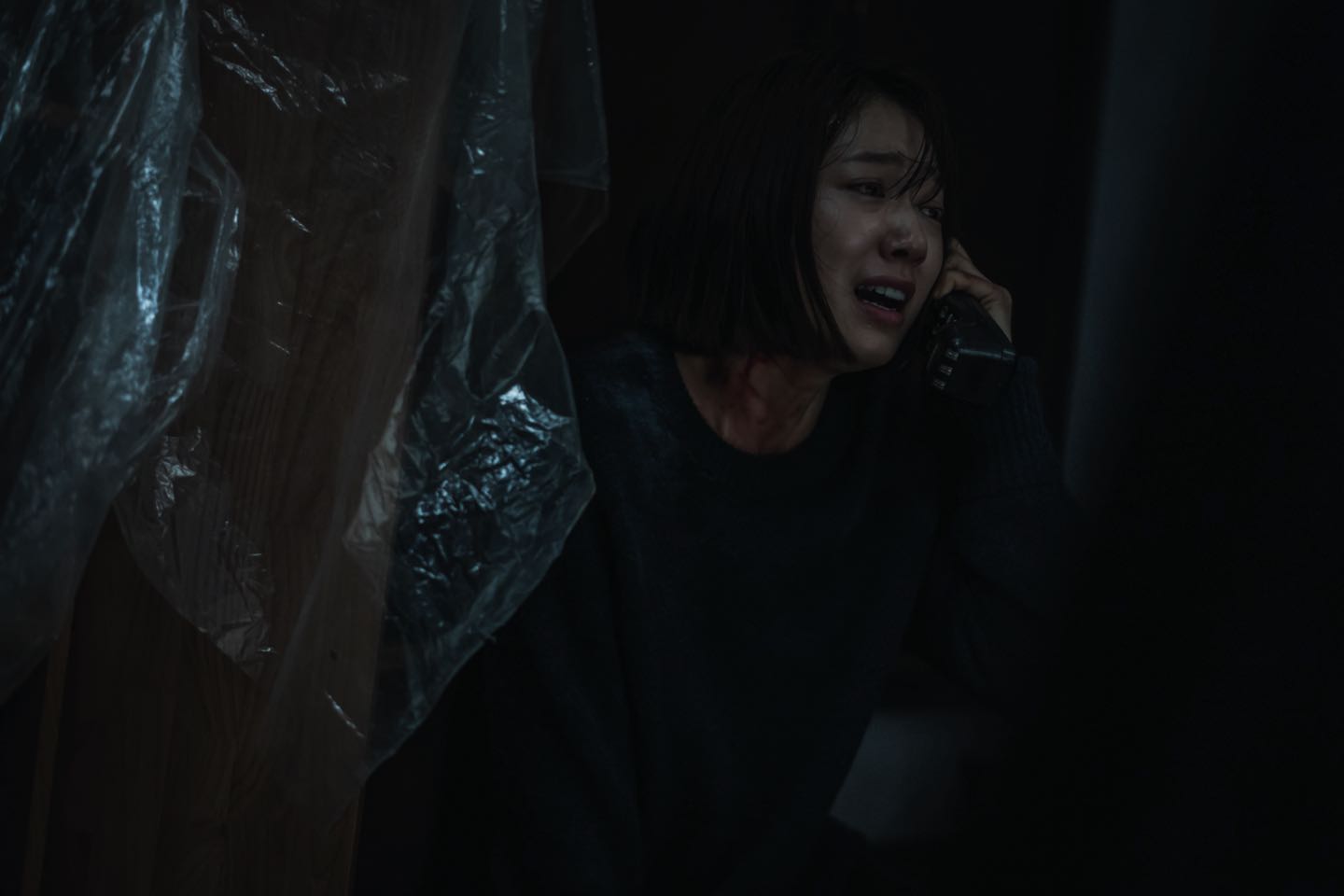 Even though the mystery thriller takes pages from a typical time travel flicks with a side of serial killer genre undertone, it stands on its own as director Lee puts together something that has never been done before.

The movie bears the slightest resemblance to Oscar-winning ‘Parasite’. Director Lee uses ‘The house’ brilliantly as a central theme. The frequently changing aesthetics of the secret-loaded house throughout the story offers an analogy of shifting circumstances and the psychological state of the characters. Hidden creepy bunker, wooden floor making snap-crackle-pop noises presented on the washed-out and foggy backdrop with aural suspense also reflects architectural rudiments of a typical haunted house.

‘The transitions’- the scars, house, people, and vehicles, thanks to the amazing CGI, is one of the most satisfying things to watch. With the intervention in the past, the viewers can witness the beautiful morph and its impacts on the characters.

‘The Call’ surely is not a light watch. The feeling of isolation, loneliness, and helplessness of characters are massive and sensed to a point where the movie feels claustrophobic. Starting with a steady pace until the first half, the movie gets wild as it barrels towards its conclusion.

The movie allows for complete audience immersion. As viewers, we get to sit in our emotions and fully experience the feeling of dread, happiness, and distress. The guile and maneuvering that each of them employs at different times in an attempt to change one another’s present is a major treat.

As the leads get into a one-on-one battle, it is intriguing to watch how their minds work. Young-sook and Seo-Yeon taking advantage of their timeline to retaliate against the other, efficiently utilizing the movie’s central theme. The fluctuations of the emotional and psychological states in the characters are unnerving. The movie will make its viewers constantly absorbed into their own ‘what next’ or ‘what if’ moments all through its runtime. 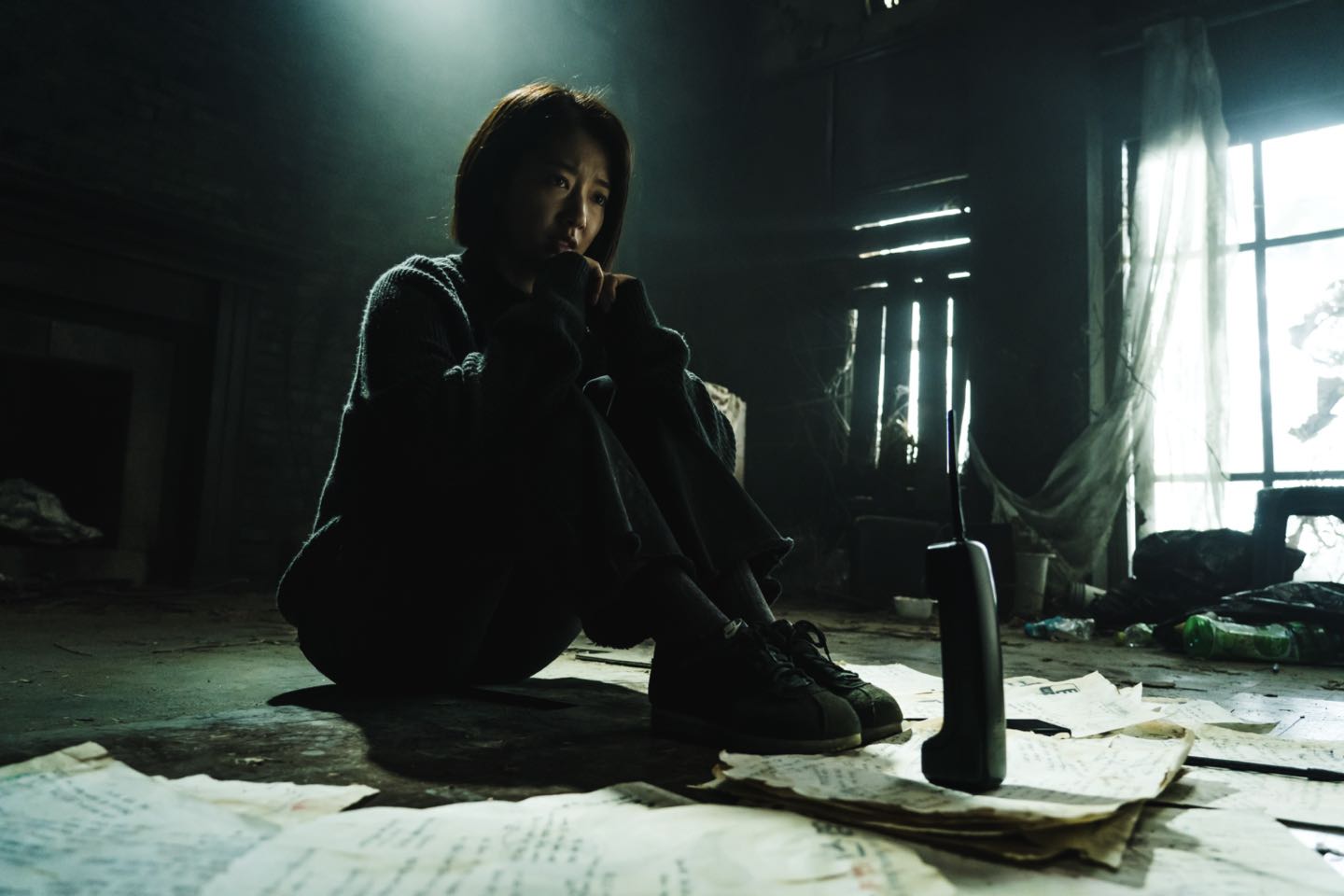 The storytelling is intricate and effective, particularly due to multiple timelines; it did have plenty of probabilities for getting lost. The movie may not be written as an ideal Sci-fi thriller or to abide by the “time travel” theories established so far, it is however without any doubt successful in doing what it is supposed to do i.e. to convey the anxiety and tension with brilliant storytelling. Director Lee does showcase “mother-daughter relation” as a subplot but obscures from fully exploring the emotions between Seo-Yeon and her mother (Kim Sung-Ryung).

If you’re expecting everything to be explicitly answered by the movie, the answer is ‘It Won’t!. The film doesn’t spoon-feed every single bit of information to the audience and requires some mental work to find the answers.

The end credit is not to be missed; the final gut punch that no one was ready for. Whether it may feel like an absolute bummer or leave you thrilled, the cliff hanger for sure is mindboggling that keeps you scratching your head long after you’re done with it. Avoid rationalizing every bit you’ve witnessed later. The Call delivers exactly what it promises and beyond, making you yearn for more of such genre.

The Call is now streaming on Netflix