In the “digital information” age, the political and economic power lies with those who have unprecedented access to ‘data’ commodity. Data has swiftly replaced ‘oil’ as the most valuable resource, and it is exploited to understand, influence and manipulate people. It has resulted in the tapered economic distribution that has further experienced the disparity and considerably swelled up below the upper echelon. While the wealth continues to exponentially accumulate at the top of the economic pyramid, the working-class endures the burden of exploitative capitalism. Ken Loach, in his latest film ‘Sorry We Missed You’, examines the far-reaching consequences of the shifting gig-economy in the lives of English working-class people. It’s a system that’s so rigged that it ultimately benefits only the steadfast capitalists.


The protagonist – middle-aged and well-intentioned Ricky (Kris Hitchen) has not completely recovered from the strain of the Great Recession. He is sunken in debt. He and his wife Abby (Debbie Honeywood) work day-and-night in low-wage jobs to provide for their family. Their dream of owning a house crashed like toxic stocks during the 2008-recession, but Ricky sees a flicker of hope when he lands a job as a delivery driver for a private-parcel-firm (PDF) under the garb of self-employment. 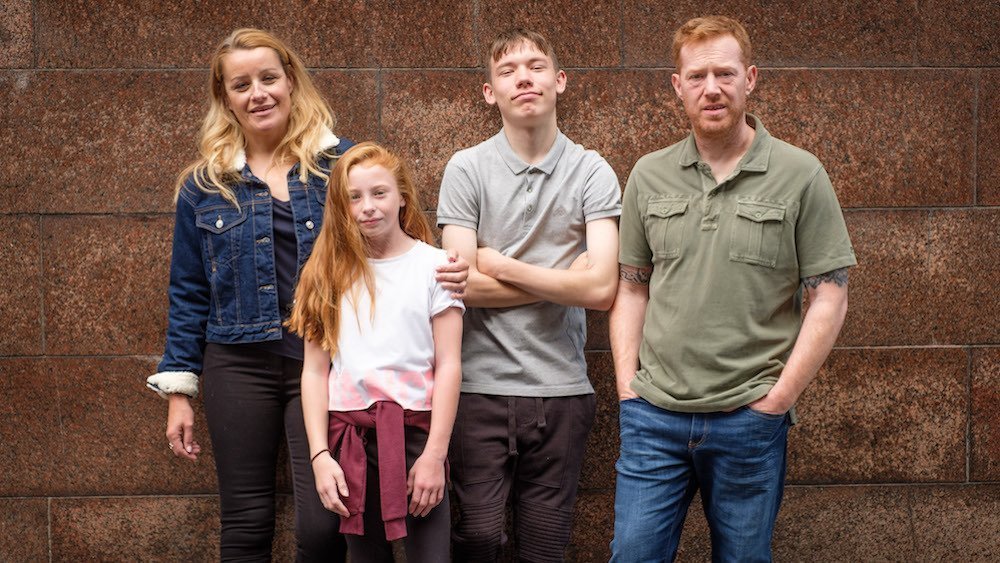 In the opening voice-over scene, Rickey valiantly explains in his interview how he has never been on unemployment allowance. He juggled from one job to other to make ends meet. Maloney (Ross Brewster), his new manager at work, formally welcomes him saying, “You don’t work for us, you work with us.”

The formal sugar-coated explanation of how Ricky could drive his business on his terms and build his future in the gig-economy ecosystem sounds appealing to Ricky and us. The very next day, the illusion is burst open, when one of the employees grovels helplessly to change his route which falls on deaf ears of uptight, brutish Maloney.

Ken Loach has been an active political voice of the working-class through his cinema, and “Sorry We Missed You” further solidifies his position as an artist who brings the grievances of working-class, and shows how the fractured political and economic system leeches on the voiceless.

With this film, Loach continues making bold social-realist dramas but with the difference that this time, instead of focusing on one character in films like “Daniel Blake”, “Route Irish” and “It’s a Free world”, he expands his horizon to focus on the plight of Ricky’s family and how the strain of out-of-control capitalism pushes the family on to the brink of irreversible damage.

Abby, Ricky’s wife, is another victim of the gig economy, working a “zero-hours” contract as a carer for the health service without formal hours. It means leaving the much needed and long-awaited family dinner in the middle of the night if she gets a call to attend the differently-abled people. Abby had to sell her car to pay off the first debt for Ricky’s delivery van, which in turn, puts financial pressure on Ricky and tremendous inconvenience of logistics on Abby.

Abby and Ricky get limited time to spend at home with their elder son, Seb (Rhys Stone) and younger daughter, Lisa (Katie Proctor). Seb has an artistic inclination but he skips school in the absence of his parents and sinks into adolescence aggression, arguments and rebellious behavior. While Lisa, the most matured in the family despite being the youngest, keep the family glued together during the rough patch.


Ricky finds hard to maintain the balance between demanding work that exhausts him off completely and familial responsibilities, including the burden of getting them through the financial crisis. Loach’s frequent collaborator, screenwriter Paul Laverty captures the socio-political nuances of working under this new growing ecosystem, and how it governs the personal space of individual and his family.

Laverty subverts all the dramatic tropes that evoke sentimentalism. Instead, he keeps drama simmering with Ricky’s ghastly realisation on how he was sold a lie. Under the garb of self-employment, he is exploited relentlessly by the capitalist system that allows no breathing space for the working-class.

It’s a vicious cycle where the poor grow poorer, and the only thing that changes are the rules, written by the policy schemers. “Sorry We Missed You” is an eye-opener, that in spite of taking a single nuclear family’s perspective and counterpointing the prevalent ‘gig-economy’ sheen that’s popular among the millennials, visually and emotionally works greatly because it eventually shows the long-term adverse effect of celebrating the late stage capitalism.

Sorry We Missed You Official Trailer