There’s a moment in the film where the lead character sniffs the t-shirt that she’s wearing, a rather baggy one which belongs to a male from this story. She smiles and genuinely seems happy, almost to have done something which she shouldn’t have, but something that she couldn’t resist either. There’s a slight smugness in this simple act and yet it isn’t a dramatically heightened moment. It happens just as casually as anything else would. Sho Miyake’s ‘And Your Bird Can Sing’ clearly succeeds in embracing the mundane, while never celebrating it. Even if the characters are, to be frankly put, ‘slackers’, and even when they acknowledge being like that, they are enjoying these inconsequential moments while still somehow trying to seek a way to escape this reality. Their small pleasures and their lustful eyes rather reveal their struggle to get joy from every fleeting moment.

Tasuko Emoto, whose character is listed as ‘Boku’ (me), is an unambitious 20-something who works at a local bookstore who’s currently sharing a room with an unemployed pal of his, named Shizuo (Shota Sometani). On just another day, he asks a co-worker, Sachiko (Shizuka Ishibashi) out on a date, on a whim. Their breezy initial interactions were not particularly because of any kind of attraction, but because of the mutual understanding for the escape that both of them were seeking from their own mundane routines. Eventually, Shizuo joins their charades due to the shared unawareness about their individual lives. It ultimately bonds them together which leads these slackers to even more ambiguity about their existence. The scenes, as a result, lag more than necessary at times, creating a mere atmosphere for them to fill in.

Similar To And Your Bird Can Sing: MELANCHOLIC [2019]: ‘JAPAN CUTS’ REVIEW – SOAKED IN ENNUI

In that sense, the film is surely quite uneventful and doesn’t particularly seek pleasure in revealing the philosophical insights per se. It isn’t a thorough introspection of the youth from that age-group, neither does it dwell much into the complexities; and meanders continuously with very little attention to the dramatic shifts. I believe it rather works for the better of this film, where the lesser amount of such ‘defining elements’ makes it more engaging where the focus is more on their chemistry. 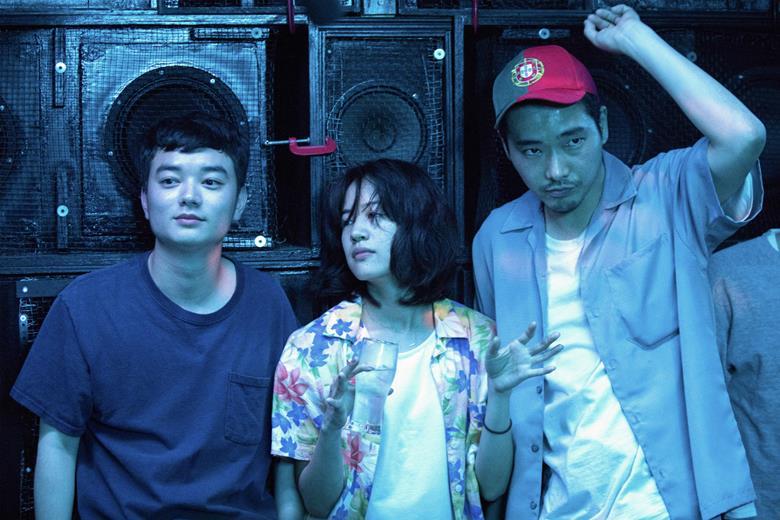 Like how one of the characters explains about how he misses being a part of their silly voyages through the empty streets, and how he used to love just to feel the air or rather be the air between the other two, the film aptly realizes its motive. There isn’t a better way to depict a disoriented youth than to show their lives just like how they would happen in real, where every next moment is lived by a decision backed often by a mere impulse. Not to say that the film may get unbearable for getting lost in the supposed poeticism because of its very nature, but when you embrace this fluidity, its intent becomes even more transparent.

Besides, all the performances bring the required ingenuity to the material. Whether it’s the understated performance by Sometani, who portrays the perpetual lack of enthusiasm just aptly or Ishibashi’s performance whose cheeriness and spontaneous outbursts of joy reveal just as much of the ennui underneath; the film utilizes it for the better. And the camerawork, which hardly ever rests but rather gives the film a floating momentum, is worth mentioning. Besides, the music score is practically the soul of this film that holds all of its elements together. DJ Hi’Spec, who crafted it, showcases just the required amount of energy to keep us hooked at the moment, just like he promises in his performance-bit in the film. And I wouldn’t mind dancing like Sachiko to his endless beats if I knew the music wouldn’t eventually stop.

Perhaps, the underlying poignancy doesn’t matter for the youth that wants to cherish only the existing moment. Perhaps for the same reason, the film resonates throughout despite the apparent shortcomings.