An allegory on loss and sacrifice paints the internalize agony of an Old farmer, effusing melancholic lament thickly layered by mundane activities; Knife in the Clear Water is a leisurely paced, heart-breaking tale that takes its sweet time to build an emotional crescendo that will hit even the most callous of a person.

An allegory on loss and sacrifice paints the internalize agony of an Old farmer, effusing melancholic lament thickly layered by mundane activities; Knife in the Clear Water is a leisurely paced, heart-breaking tale that takes its sweet time to build an emotional crescendo that will hit even the most callous of a person. 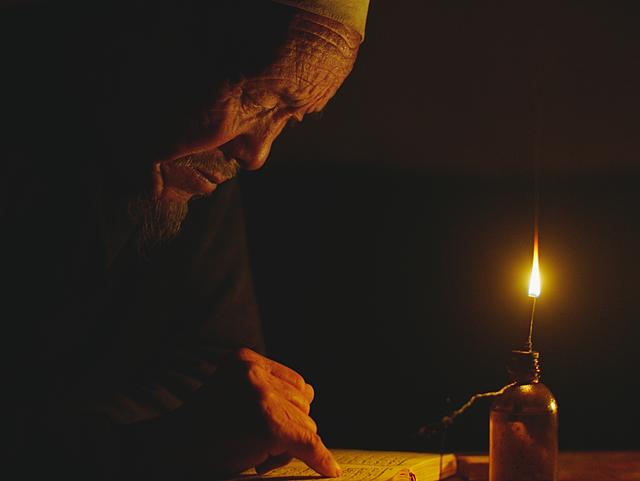 Knife In The Clear Water (Qingshui li de daozi) un-spools in the aspect ratio of 4:3 and somber, primitive lighting accompanied by the granular frame that sucks you inside its lyrical and minimalist drama unfolding fastidiously. The producer turned director – Wang Xuebo offers a rare glimpse into the Hui culture (a Chinese-speaking Muslim group) which has challenging environment to live as it experiences almost no rain all year around, and quite pragmatically explores the relationship and faith in their dire poverty. As Wang Xuebo commented, “This film is about the relationship between the people and their land.”

The films open with the extended burial ceremony of Ma Zishan’s (Yang Shengcang) wife, capturing the religious tradition and docile views in a documentary style while Ma Zishan is left to plan the sacred ritual held on the 40th day called ‘Arba’een’ ceremony.

Ma Zishan and people in his tribe are poverty stricken to such a length that Ma’s cousin visits him begging for a bowl of rice to feed. Ma finds it difficult to serve the large crowd, so his younger son – who stays in the city- asks him to sacrifice the only bull which is old and not fit for farming. He also thinks that mother deserves to be honored for working hard all her life. Ma Zishan doesn’t agree to it, but he doesn’t refuse either, as he is left with no other option.

Knife In The Clear Water works as an allegory where bull sacrificing brings internal emotional turmoil to Ma Zishan. The director and writer intentionally display the mundane activity of Ma Zishan like him taking a bath, walking the bull in the mountains, offering namaz to show emptiness in his life after his wife’s departure. What brings him even an ounce of happiness will be soon sacrificed, that makes his life even more miserable. 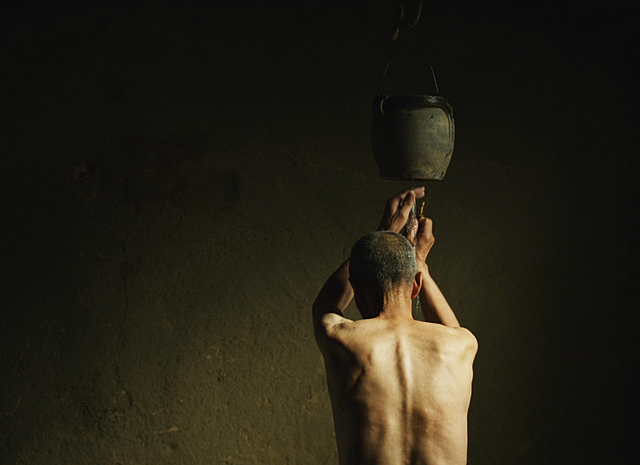 Wang Xuebo uses natural lights and blends it with picturesque human suffering in the barren area where parched land and Ma Zishan’s misery creates a juxtaposition. Wang purposely keeps all the characters at a distance in his frame for the audience to prepare for the emotional catharsis in the climax scene when Ma’s close up shows wrinkled face bearing the untold agitation.

Knife in the Clear Water is an experience that rarely cinema offers. Devoid of all ho-hums, with no soundtrack or any background score, Ma Zishan’s staggering performance will leave a scar on your heart.