Labyrinth of Cinema [2020]: ‘Fantasia’ Review – An experimental swan-song about cinema that doubles up an anti-war statement

Recent events like the sudden passing of Chadwick Boseman has brought to light the fact that some people are just extremely resilient. So, when I learned that the Japnese legend Nobuhiko Obayashi was fighting Cancer at the age of 82 while editing what would now be called his swan-song, I was hardly surprised. Infamous for having a cult following in North America for his 1977 horror-comedy House, Obayashi has dedicated a large part of his late-career to pushing a propaganda-free anti-war message through his films. His last film, Hanagatami (2017) wasn’t just one of the best films of the decade but was also a cautionary tale about the perils of war. With Labyrinth of Cinema, Obayashi does much of the same even though the overall result and impact can be polarizing.

Can be seen as a fourth extension to Obayashi’s thematic trilogy of modern anti-war films along the lines of Casting Blossoms to the Sky (2012), Seven Weeks (2014) & Hanagatami (2017), Labyrinth of Cinema is a film that believes in the power of cinema as a medium to change people and their perspective towards war. Clocking at a whooping runtime of 179 minutes, the surreal meets cinema’s rendition of war. There’s no simple way to define the film but to me, it is like a little explosion of cinematic oddities that are closely patched together to investigate the chaos of war and how it turns the young into something they don’t recognize anymore.

Related to Labyrinth of Cinema – PATHS OF GLORY [1957]: AN ANTI-WAR ANTHEM

Filming in his hometown Onomichi for the first time in 20 years, Obayashi’s film follows an oddly peculiar journey through space, time, and the medium of cinema itself. The narrative follows a film director who invites us into a private and possibly the last screening at one of the theatres in the town that are closing down. As the viewers sit down to watch the politics of propaganda war films, three young men in the audience along with a key girl member transport into the silver screen taking them back in the time to the essential conjures in Japanese war history. Through a playful, esoteric, and inventive gaze where the screen acts as a transportive medium, Obayashi takes us on a marathon of war history and the legends who gave different versions of the war through their cinematic storytelling methods. 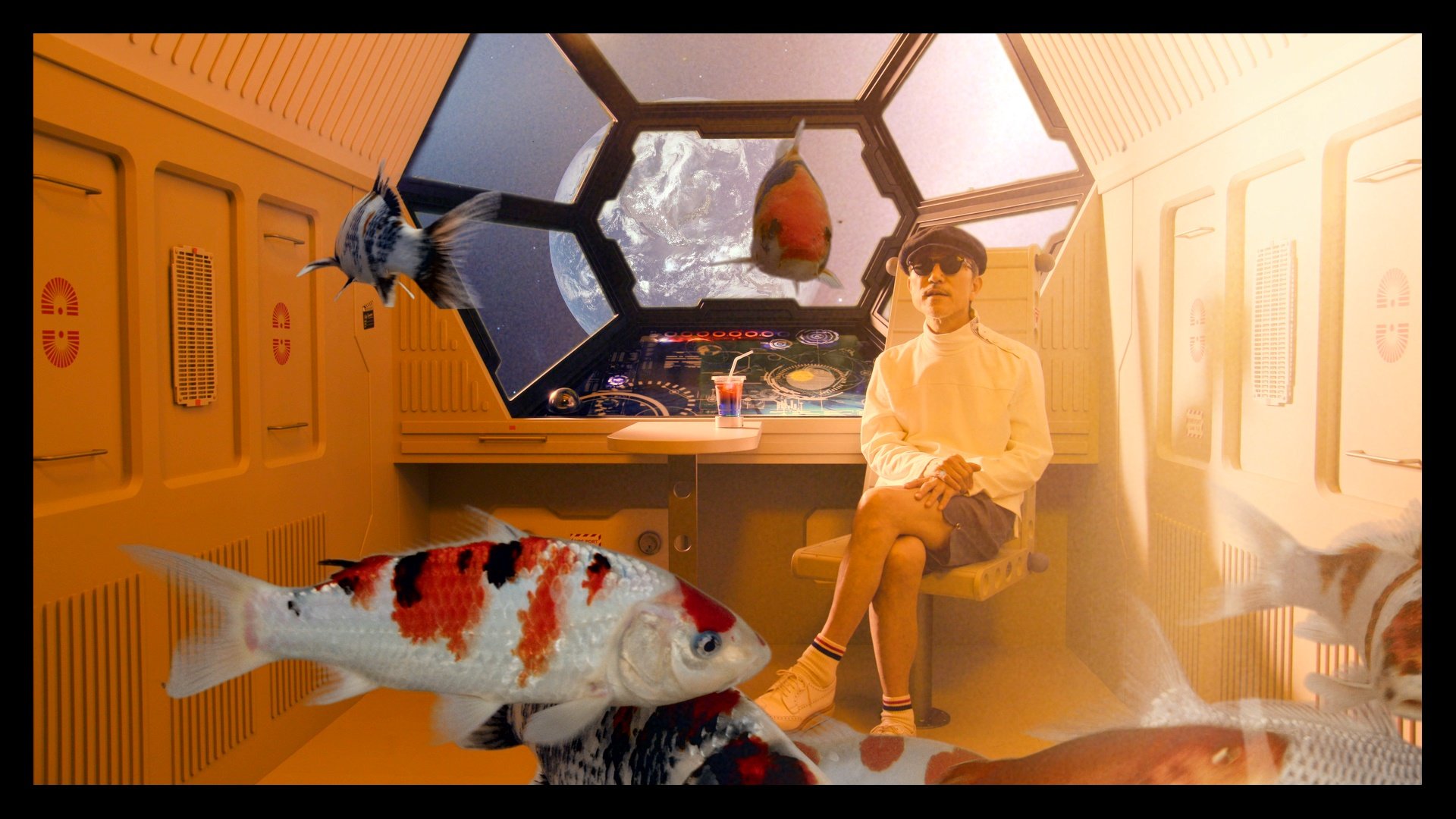 The film thus becomes a scathing look at the horrors of war and how the young are often left sculpting their innocence out of memories, only to lose it somewhere in the fumes of despair and trauma. However, there’s a hopeful thing that Obayashi’s final film actually ends up saying. It wishes to convey the universality of the message that within the labyrinth of cinema lies the answer to war’s ugly face. Carefully constructed into two segments that allow the audiences outside Japan to sink into their history, the film loses some of its impact because of an uneven plot structure.

The mixture of live-action, CGI, and constant use of splish-splashing and close-cut editing can often come off as off-putting. Making the film ultimately feel frustrating – especially when you are bound to get its message in the first couple of vignettes. It becomes repetitive in spite of inventing its visual scope at every hook and turn. Thankfully the latter half of the film narrows down on the frantic editing and lets you understand the three main characters and their respective takeaways from their journey inside the silver screen. Throwback to Japanese filmmakers like the legendary Yasujirō Ozu and his early anti-war narratives gives the film a more polished and empathetic edge.

Also, Read – Fires on the Plain [1959] Review – A Potently Realistic Vision of War’s Devastating Impact on the Human Soul

The film also tips it’s hat to many other Obayashi films that featured teenage schoolgirls with the inclusion of a key character by the name Noriko (Rai Yoshida). Wherein, he tells us the necessity for love and empathy and how the senselessness of war is the only takeaway from most war epics that end up getting down to jingoism or glorification of the act. There’s also this part where the director within the film passes down the baton of his narrative to his daughter – who, in a seemingly disturbing sequence shows us the need for looking at every single canvas of the human condition and spirit through a feminist point of view as well. 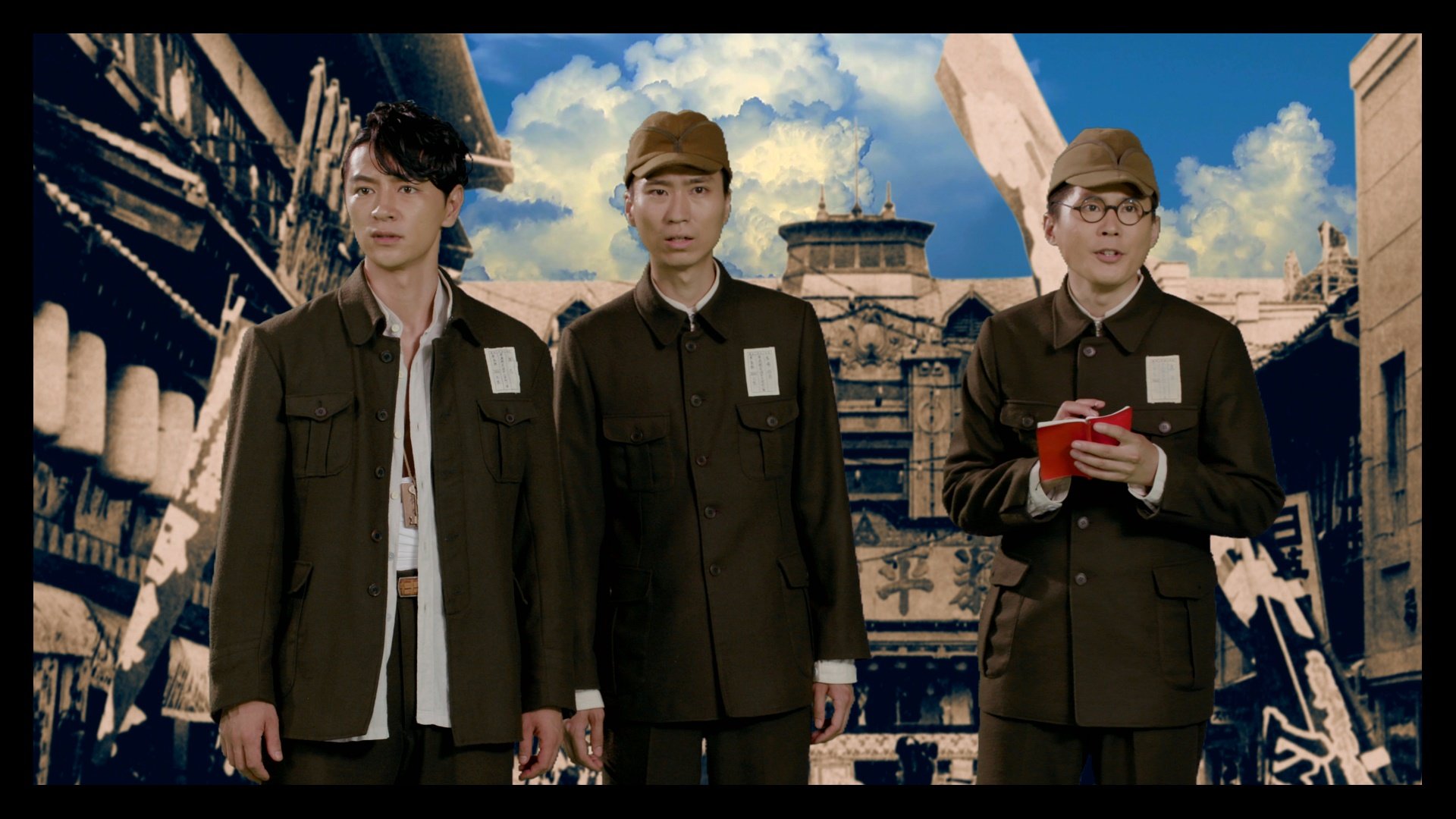 Overall, there are so many things that are worth recommending in Nobuhiko Obayashi’s Labyrinth of Cinema that the flaws almost nullify in front of the ambition, hard work, and love for the medium shown here. While there’s no denying the fact that it’s a frustrating three-hour ride, this is cinema at it’s most essential.

Labyrinth of Cinema [2020]: ‘Fantasia’ Review – An experimental swan-song about cinema that doubles up an anti-war statement