Imagine, densely layered, the slow-moving art-house drama of "Once Upon a Time in Anatolia," meets unsettling scenes & nihilistic, cynical characters shot on the wide screen of "No Country for Old Men," conceived by a Romanian film-maker, you get Dogs (Caini).

Imagine, densely layered, the slow-moving art-house drama of “Once Upon a Time in Anatolia,” meets unsettling scenes & nihilistic, cynical characters shot on the wide screen of “No Country for Old Men,” conceived by a Romanian film-maker, you get Dogs (Caini). 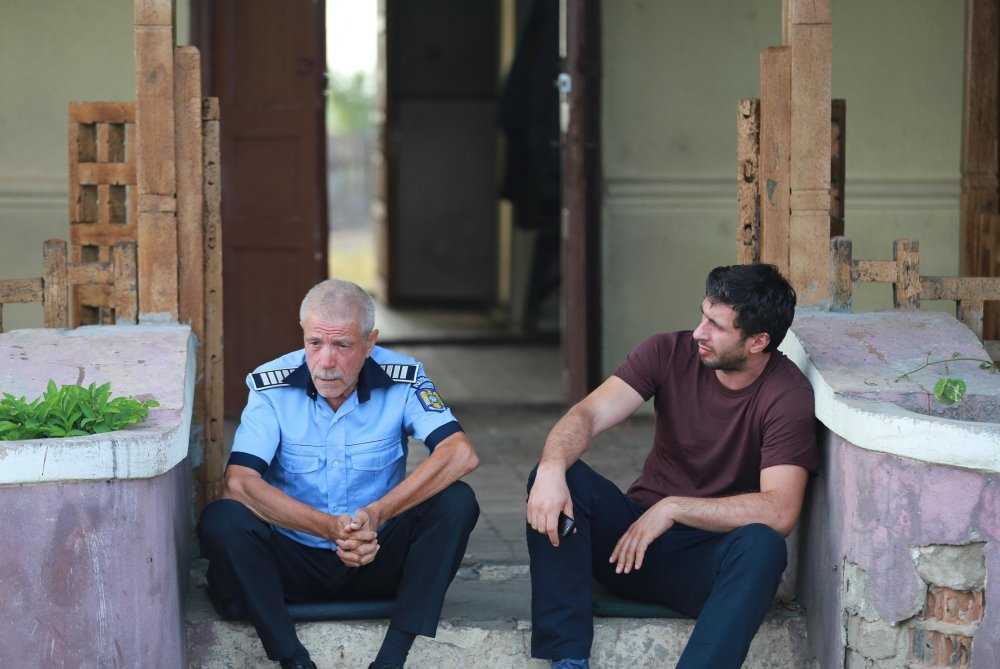 Debut director Bogdan Mirica’s Dogs is like drinking your favorite hot soup directly under the scorching sun in the middle of the desert. You can’t gulp it down your throat in a go, but you can’t be patient enough to not fly off the handle. Even for the running length of 104 minutes only, the film opens leisurely, and characters have fewer dialogues emphasizing more on their body language and psyche.

The camera maneuver like an eagle’s eye tracking a tranquil pond covered with green foliage and aquatic insects buzzing ominously. A couple of bubbles in the stagnant water does surprise you, but amputated foot that shortly resurfaces(reminded me of the opening scene from Blue Velvet having severed ears) will scare the shit out of any normal human. The beguiling prolog scene clearly gives an idea of its slow burning and menacing nature of drama that is often moody than rational in nature.

A sleek, cosmopolitan guy-Roman (played by Dragos Bucur) – inherits 550 hectares of barren land from his deceased grandfather, in the parched area near the border of Romania and Ukraine. It has pale yellow dry grassland stretched till an individual could see, no soul or any living being around it. 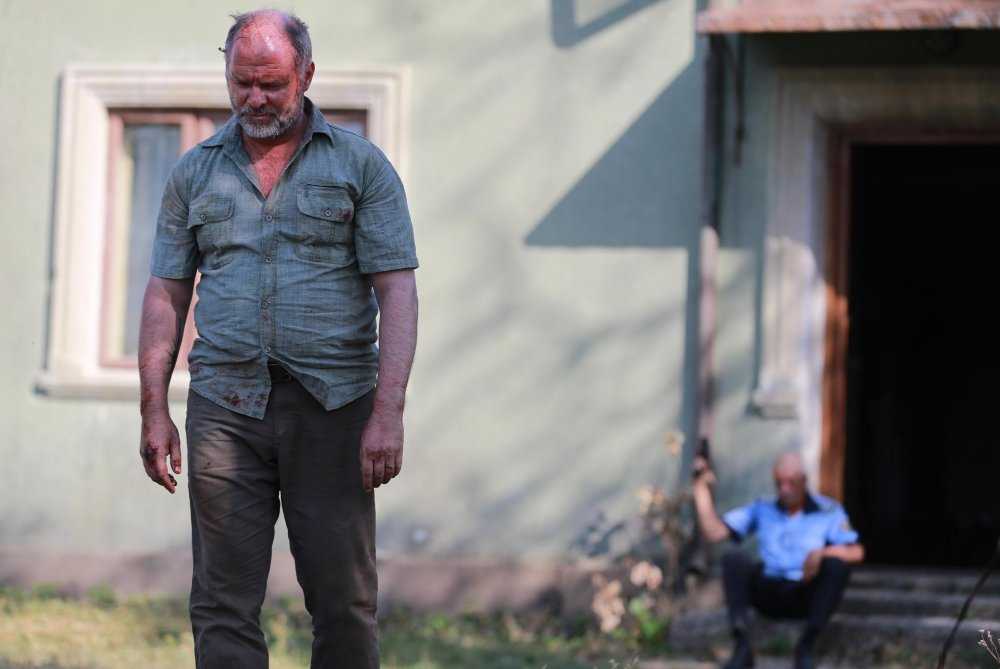 “Uncle Alecu led a busy life,” local police chief Hogas explains to Roman while investigating a case of the severed foot, “he kept all his land empty on purpose”. More than a direct erudition, Hogas euphemistically hints for a more profound piece of information that Roman is incognizant to. Roman wish to sell off quickly and return to his life in the city.

The drama unfolds quite smartly and patiently. The night gets darker; nothingness gulps the surrounding; flies’ tinnitus penetrates the ear drum; Policia (the pet canine) starts bellowing that wakes up half asleep Roman. The anticipation of something sinistral keeps you on toes. Roman sees flickering of lights in a far land. Soon he learns facts about desolate land that make him vulnerable in spite of Hulk-like figure.  He gets embroiled in with people carrying out a shady business that spiral out of control endangering everyone involved in it.

The pensive score and widescreen cinematography conjure the precise mood and help to build the tension so slowly that you almost feel the heat of the scorching sun and taste the dust of barren land. Occasionally, screenplay tosses absurd dark humor to slack the growing restlessness.

Bogdan Mirica has an eye for perfectly setting up the mood piece, and letting characters grow on its organically on its consciousness. All the three prime characters are performed well by the respective actors, specially Gheorghe Visu as morally ambiguous police officer Hogas and Vlad Ivanov as a cynical cold-blooded Samir who quickly switches from caring like a father figure to a born killer maniac. Bogdan does not shy away from designing prolong violent set pieces that are disturbing but still realistic in nature.