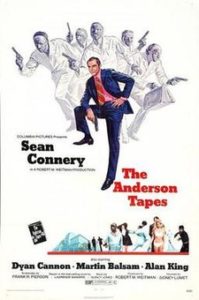 For one of the very first films about electronic surveillance, The Anderson Tapes is a remarkable crime-thriller that sits above most of its contemporaries, but below Sidney Lumet’s more engaging drama-thrillers that he would expand and improve upon later throughout the decade.

It follows the common narrative of heist films – linearly and procedurally showing the just-out-of-a-big-prison-stint ringleader, Anderson (Sean Connery), assemble a rag-tag of various criminals with various experience and expertise, the bunch of them getting together to plan out the heist, and then finally executing it (and all its errors), which is shown in fairly keen detail as it makes up the film’s entire third act.

Compared to heist films before and since, The Anderson Tapes never quite hits a great height in tension (like Rififi or The Killers) or in character (like Reservoir Dogs or David Mamet’s Heist), but it never hits any lows and uses its good-natured sense of humour (in tone and its characters) to always remain engaging. The cracking script, which infuses most of the characters with some hard-boiled dialogue, makes the film all the more entertaining, with Connery leading the cast (which includes Christopher Walken’s first role as one of the heist-men) with an enjoyable and confident performance.

It seems that the majority of action and thriller films these days have an abundance of surveillance, from the Bourne and the Fast and the Furious series, and although its primitive presence in The Anderson Tapes may seem as hokey and technologically implausible as the hacking zaniness going on in modern films, it’s still utilised well as a plot theme dealing with the ethics of gaining this kind of information. In an age of social media attaining your details and selling them, this is certainly a topical theme that will unfortunately only grow in relevance. 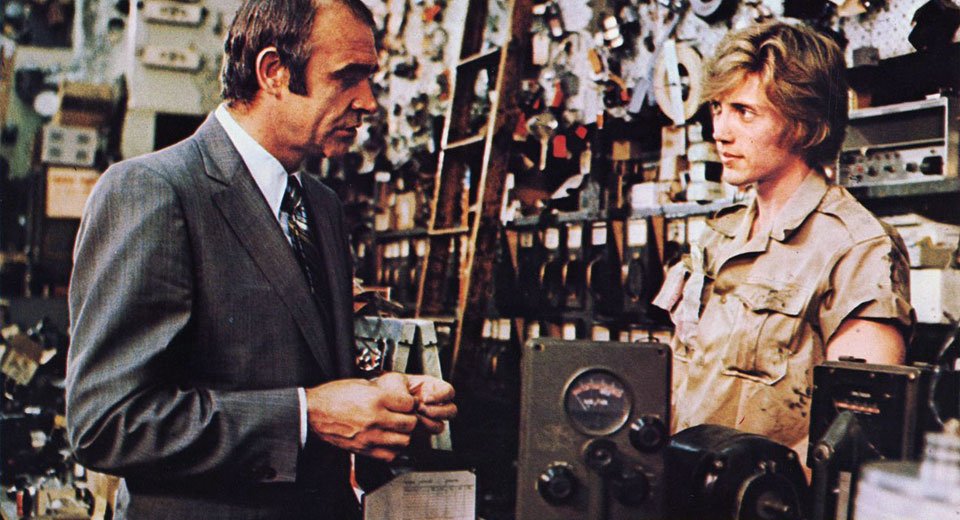 Connery’s second acting role for a Lumet film, squeezed between his harrowing and determined roles in The Hill (1966) and The Offence (1971), is more relaxed, more cocky, and more Bond-like than these other serious performances. But his charm perfectly matches that of the film, as this is unashamedly a much lighter, less thematically heavy affair from Lumet, and a film that plays itself out with entertainment as its main priority. It’s no wonder Lumet and Connery wanted to explore something lighter, given the emotional and dramatic weight of The Hill.

The Anderson Tapes premiered in New York exactly one year before the Watergate scandal, predating an era of technological surveillance and its inevitable corruptibility. Just like President Nixon’s own attempts to cover-up his illegally ordered activities, this film too concludes with the illegalities of the government issues surveillance tapes to be erased, along with any evidence of such shady involvement. Although this isn’t quite one of Lumet’s best (and certainly far from being his worse), it does feel like his most prescient, despite its formulaic nature, lack of character or thematic depth, and attention spent to simply being a fun heist thriller.

In the Mouth of Madness [1994]: Twisted. Trippy. Terrifying.