How much part does our identity play in our existence? Is it an absolute dependance or just a trellis on which our personality grows? People in this world are getting increasingly vulnerable as the political environment is intensifying. Unfortunately, all of us are in danger. Only the degree of our susceptibility differs. And we, the seemingly privileged ones, do not realize this until we find ourselves in some turmoil or the other which shares its roots with those of the extreme political ones we tend to fear but ignore as they appear too farfetched considering our personal & social spheres. But perils reach out to us ultimately. Nobadi is an attempt by Karl Markovics to shed some light on one such story which is minimal in its approach and yet, talks of the world we live in.

Robert (Heinz Trixner) is a 91 years old veteran and a pensioner, living in solitude. He resembles Carl Fredricksen (Up) in his ways to deal with the world but doesn’t quite share the same history. He has recently lost his only companion, his beloved dog, and wishes to bury her. But old age has dawned, leaving him incapable of carrying out such strenuous tasks with ease. Adib (Borhanulddin Hassan Zadeh), an Afgan immigrant, is in dire need of paid work. He requests for the same to Robert who agrees after vigorous bargaining on the wage. I found this episode to be of utmost importance as it allows the audience to choose which side they are on. One may not realize it without a second thought but elements like this build our expectations for the rest of the story and make us root for the character(s).

Similar to Nobadi – Pompei [2019]: ‘TIFF’ Review – A Visual-Stunning yet Empty Allegory on Loneliness and Escapism

Robert is an extremely volatile person and is a reflection of so many people we know and possibly a reflection of our future selves. Adib is at the weak end. Their encounter with each other churns out some strong prejudices which are prevalent and far from getting dissolved. The intriguing aspects of our characters unfold an unexpected chapter as the story progresses. Robert’s stiff attitude and reservations for Adib arising from his prejudices melt with the warmth of the human in him. As far as I have understood people in our orthodox society, we do let stereotypes and preconceived notions guide our thought process but our behavior surprises us in extreme situations as our human challenges our deeprooted ideology into conflict and often ends up establishing a dominance. Karl has successfully maintained accuracy in developing his characters. 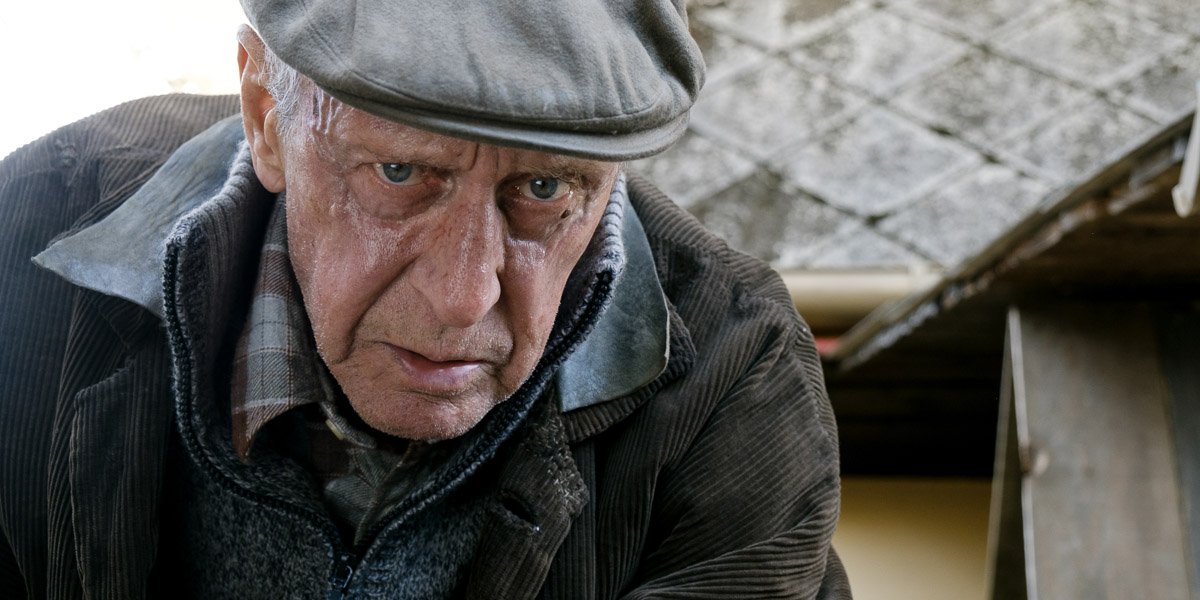 I was particularly conflicted in one of the scenes but I could interpret it in a justifying or at least, a relatable way only because there was some strong character development to support it. Metaphorical commentary is skillfully incorporated in the second half of the film through stories, fiction and real, both, pleasant and haunting, both. It is important that the film touches various subplots but sticks to its central narrative. However, a few obstacles exist in expressing them in a summarized way rather than delving deep. It is either purposefully done by the director to maintain the ambiguity or it is a byproduct of the constraints faced by him.

The camera doesn’t go deep to establish a thematic expression of its own. It mostly documents the events from the point of view of our characters. Nobadi deserves applause for its makeup work and related aesthetics. The sound design is mostly atmospheric and minimal. The pace of the film is patient and the editing is even.

Borhanulddin Hassan Zadeh is a discovery. I will be eagerly looking forward to seeing him again on screen. Heinz’s performance is a product of his experience and maturity. He is excellent in his efforts to make his part convincing. Konstanze Dutzi appears in a brief role that doesn’t allow a detailed criticism.

Nobadi requires us to observe. Karl is not serving us any comfort. He knows his story and has denied taking any escape routes. Some questions lurk in our subconscious or conscious mind. Films like Nobadi bring them at the surface. And those who never encountered such conundrums get food for thought. Karl ensures that we question.

Empathy Inc. [2019] Review - An elegant metaphor for the sordid underbelly of mindless materialism