Early on in Nomadland, Fern tells someone, “I am not homeless…..I am houseless. Not the same thing.” Exploring life on the road & nomadic traditions, Nomadland is a movie about a woman named Fern, who is on a voyage of self-discovery, after having lost her husband & her job. After the company town where she lived, i.e., Empire, Nevada is shut down, she decides to become a nomad & takes off in her ‘Vanguard’ to explore the American West.

Nomadland makes you stop & reflect, it makes you realize the importance of your community, reinvigorates you to forge connections & bind yourself unto Earth and never let go. It highlights the lives of nomads, who, for centuries, have lived on the periphery of society and have always been overlooked. When you take control of your life, you develop a sense of individualism and independence that you have never experienced before. This movie reminds us that solitude and human dignity are as important as our social life.

Related to Nomadland: Nomadland: A Faultless Sublime Epic That May Change Your Life

Fern can be best described as a docent to the vast portrait of nomadic life. She is truly a nomad inside & out, even when she used to live a settled life. Since Fern had lived an extremely constrained & monotonous life in Empire, once she hit the road, her possibilities became endless.

Here are 10 things you probably didn’t know about Nomadland (2020):

Frances McDormand’s producing partner, Peter Spears suggested her the book ‘Nomadland: Surviving America in the Twenty-First Century’ by Jessica Bruder, upon which the movie is based. Frances reached out to Chloe Zhao, asking her to direct the movie, after she watched Zhao’s ‘The Rider’. 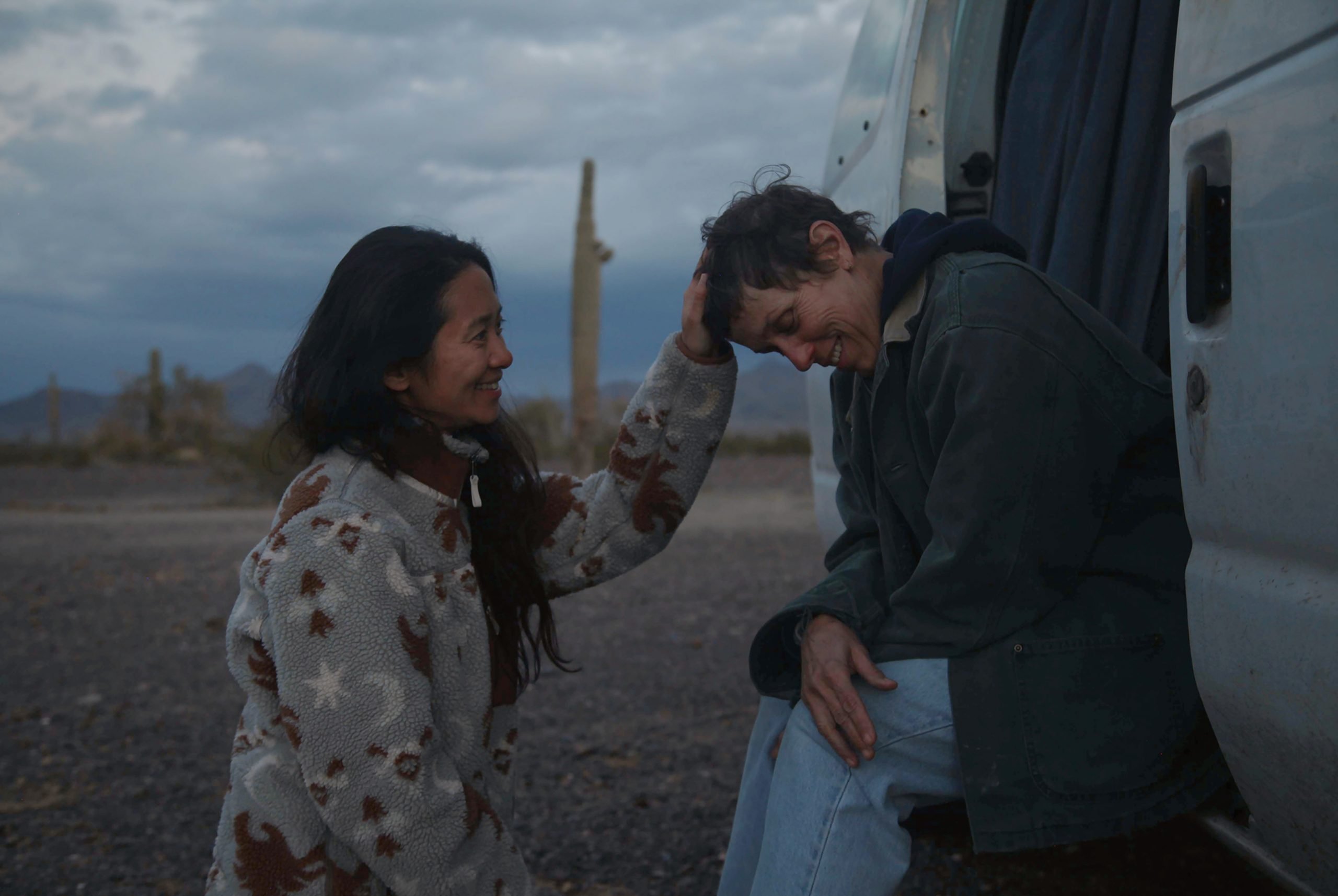 Linda May, the nomad who plays herself in the movie, was originally going to be the protagonist and McDormand was supposed to be a character similar to Linda May as mentioned in the book. However, the makers of the film soon realized that it would turn into a whole different narrative and so the roles were changed.

The Director of Photography Joshua James Richards, built Fern’s van himself, by referencing numerous portrait paintings. He used textures & tones similar to those paintings so that while pacing around Fern’s van, the light would be absorbed appropriately and the focus would not shift away from both Fern & the landscapes.

Also Read: Minari: A Breathtaking Effort on Family and Resilience

Frances McDormand came up with the name ‘Vanguard’ for Fern’s van. In nomadic culture, naming your vehicle is an important tradition, as it is your home & represents your personality. Vanguard means a ‘group of people leading the way in new developments or ideas’.

In the scene where you see Fern looking at old photographs of her father, they are actually McDormand’s father’s photographs. Additionally, it was actually McDormand’s father who used to collect Chinaware from garage sales, which he then gifted to Frances upon her graduation; this was mentioned in the movie as being Fern’s father when she is showing Linda May the interior of her van.

One of the most profound scenes of the movie is the one where Fern takes a walk at her campsite at sunset and observes her fellow nomads. It is fascinating to note that this scene was inspired by video games! In an interview with the American Film Institute, Chloe mentions, “I like games where we have to walk around & collect stuff…..there’s a very wide angle & its experiential, so I thought how can I use this in my film?” 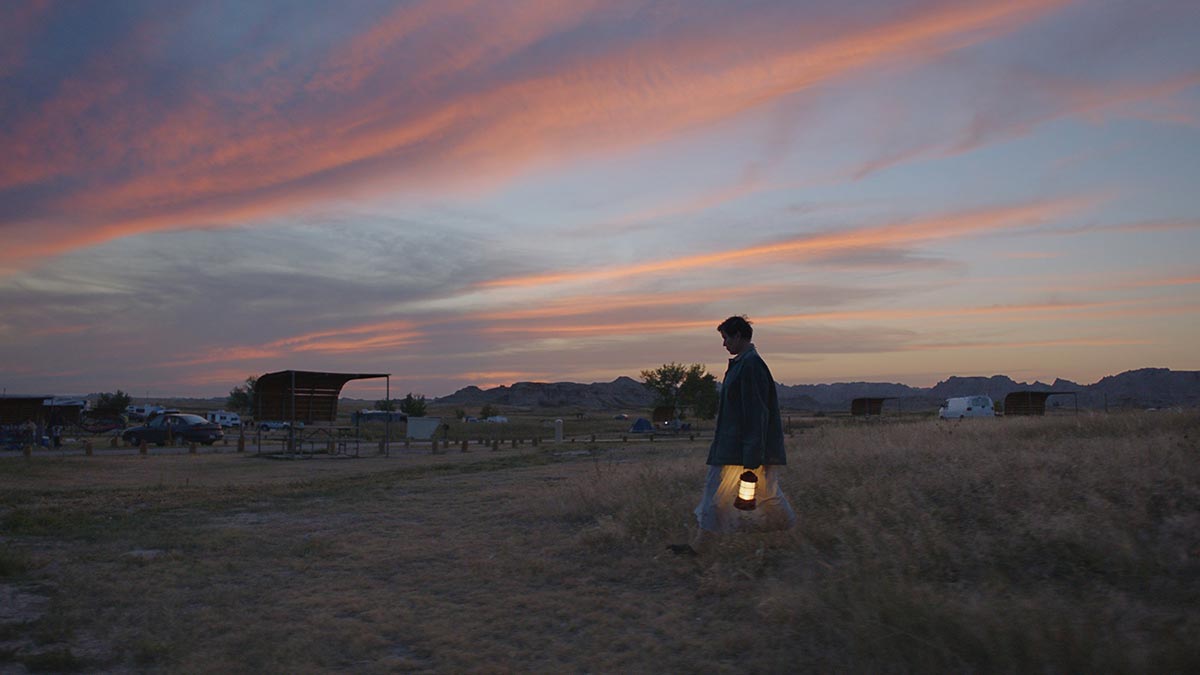 There is a scene in the movie, which is set at the Badlands National Park, where Fern is seen running around in a bid to explore the rocks. McDormand came up with the idea of wearing white sneakers and pink socks, which, along with her body language, gave a childlike innocence to the scene. The scene portrays how Fern is embracing travelling while exploring certain places, even though she is on a journey to find herself. It cements the fact that the lifestyle chosen by her is not an indicator of escapism, but rather a form of true liberation from her past grief & loss.

Related to Nomadland: Songs My Brother Taught Me: Chloé Zhao’s Debut is a Sincere and Striking Piece

Non-actors Swankie and Bob Wells had no idea Frances was a Hollywood star. Right after the emotional scene where Fern talks about her late husband Bo, Bob Wells reaches out McDormand and tells her that everything is going to be OK. This is when she reveals that her husband is Joel Coen and is definitely alive.

The howl that Frances made during her Academy Award Speech was for a tribute to Nomadland’s sound mixer Michael Wolf Snyder. Snyder had died only about a month earlier.