The People We Hate at the Wedding (2022) Review: A forcefully put together Dysfunctional Family Portrait

A romantic comedy that blossoms against the backdrop of a wedding is one of my favorite kinds of films to fall back upon on grey days. It is the best of both worlds, where affluence and style meet love, friendship, and all the other mellow feelings. The People We Hate at the Wedding (2022), directed by Claire Scanlon and adapted from Grant Grinder’s novel, is a new addition to this sub-genre. It seeks to etch out a family portrait separated across the Atlantic but united in their spirit of hatred toward each other and their tendency to make bad decisions. Alas! It fails to give us a spectacular and memorable wedding to last our interest beyond the runtime!

Donna (played by Allison Janney) has three children. Her eldest daughter from her first marriage with Henrique (played by Isaach De Bankole), Eloise (played by Dominique Addai-Robinson), is getting married in London. Secretly desperate to reconnect with her family, she has sent out invitations to all of them, including her American half-siblings Alice (played by Kristen bell) and Paul (played by Ben Platt). All of them, including the three children, Donna, and her ex-husband, arrive at Eloise’s wedding only to realize that the air around them is pent up with unresolved tension among them. Besides, Paul arrives at the venue with his boyfriend, Dominic (played by Karan Soni). They have decided to put up at the mansion of Dr. Goulding (played by Tony Goldwyn).

On the other hand, Alice has met a charming stranger, Dennis (played by Dustin Milligan), on her way to the wedding when her married lover (and boss), Jonathan (played by Jorma Taccone), decides to cancel their travel plans at the last minute. Chaos breaks out as each family member tries to walk the tightrope between social etiquette and personal feelings. Alice and Paul’s hearts go for a toss, Eloise realizes that her siblings have secretly estranged from her, and Donna and Henrique, her ex-husband, get re-engaged in a hedonistic affair. If the plot were to be looked at as the main course at this wedding, the flavors are too many and incongruent to excite the tastebuds. In fact, the brewing romance between Alice and Dennis is too half-baked to call it a dessert good enough to cleanse your palette. 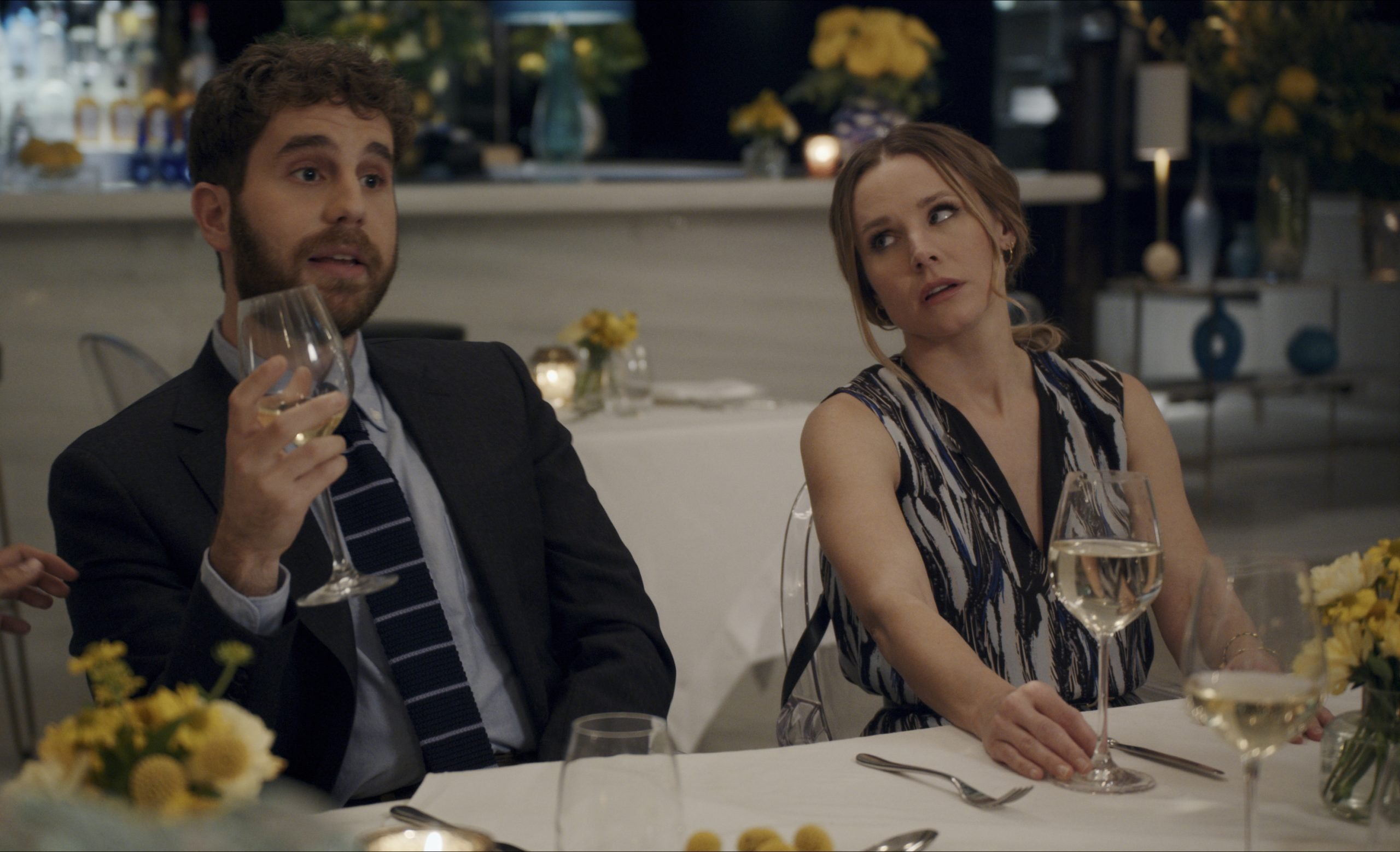 Everyone and everything in this film is strictly mediocre. A bachelorette – the chapter where you are almost expecting the two half-sisters to bring their tensions out in public – goes so far as to only make a splashing sound in the river water. Being a rom-com, it aims for the ‘happily ever after’ trope, its only saving grace. The screenplay by the Molyneuxes is neither funny nor tear-jerking. It is over-populated by the UK-US culture difference jokes instead, a laughter device so dated that it feels almost regressive. At one point in the film, I was also convinced that the plot pitches two women, or mothers in varying degrees, against each other only for the laughs and the catfight element without actually addressing the reason for their distress and hatred, a man.

Interestingly, queerness finds active representation in this film. Paul is gay, and a huge part of the narrative focuses on his personal life and choices, building up to why his relationship with his mother has soured. His queer relationship sadly continues to be a caricature and a periodic comic relief while heterosexual romances are given more serious attention to grow and prosper. Out of all the characters, it is Eloise who strikes me as the most strange. She is too uptight for a bride, screaming about the two thousand off-white candles at the venue, to disclosing her most private secret over a taco bell meal. There’s so little we know about her, apart from the fact that she is wealthy and UK-bred, that it becomes almost impossible to care enough about her wedding to keep watching this film till the end.

The People We Hate at the Wedding (2022) wishes to encapsulate the dysfunctional reality behind every family portrait ever posed for. It only seems to be interested in ticking off the boxes in the checklist that make up the sub-genre of wedding romcoms, from a chaotic rehearsal dinner to a bittersweet walk down the aisle. It entertains you but not enough to keep coming back to this like you otherwise would to old family albums or wedding pictures.

The People We Hate at the Wedding (2022) Movie Trailer

Where to watch The People We Hate at the Wedding

Drishyam 2 (2022) Review: A Sequel of Mixed Experientiality Justified by its Necessity

The People We Hate at the Wedding (2022) Review: A forcefully put together Dysfunctional Family Portrait