There’s only so much one can say when there’s no one to listen. In Ritesh Batra’s Photograph, Miloni (Sanya Malhotra) – has been so submerged in her academic life that she has forgotten what she needs to say to people. Her middle-class Gujarati family seems to have never told her about her beauty and their appreciation of a dress she wears never comes from her liking. This is until Rafi – A street photographer clicks her in front of the Gateway of India calling that her smile will be transfixed in her picture, even when sadder times come in her life.

The love story in Ritesh Batra’s film comes from nostalgia. Both the people in Photograph have had a life that has not been shared with. Miloni has been so busy in ranking good in her academics that she has never really enjoyed life after her grandparent left her side. Her grief has never come out as she has associated it with the loss of a certain ‘Campa-Cola’ that she used to share with him. Rafi has left her grandmother who he used to live with in order to settle out his sisters and make her living a little easier. He has never lived his life for his own willingness. The only thing that he really does for himself is eating ‘Kulfi’ at the end of the month as a homage to his father.

Both people miss things in their life. They are not addicted to nostalgia but their life is governed with a silent sadness that has never come out of their heads. They have kept things inside themselves for so long that they have even forgotten what they are missing in their lives anymore. The love story in Batra’s Photograph is so believable because, in spite of mostly muted emotions, it manages to dwell on its sadness. The reason why Miloni and Rafi connect to each other is their shared grief of having lost something truly small yet essential to them. More than the loneliness that they suffer from, there’s a lack of closeness to anything human in their life. While Miloni (the name translates to ‘achiever’) has nothing that concretely connectes her humane emotions to the world, Rafi is only emoting his feelings in scattered words when he is drunk. 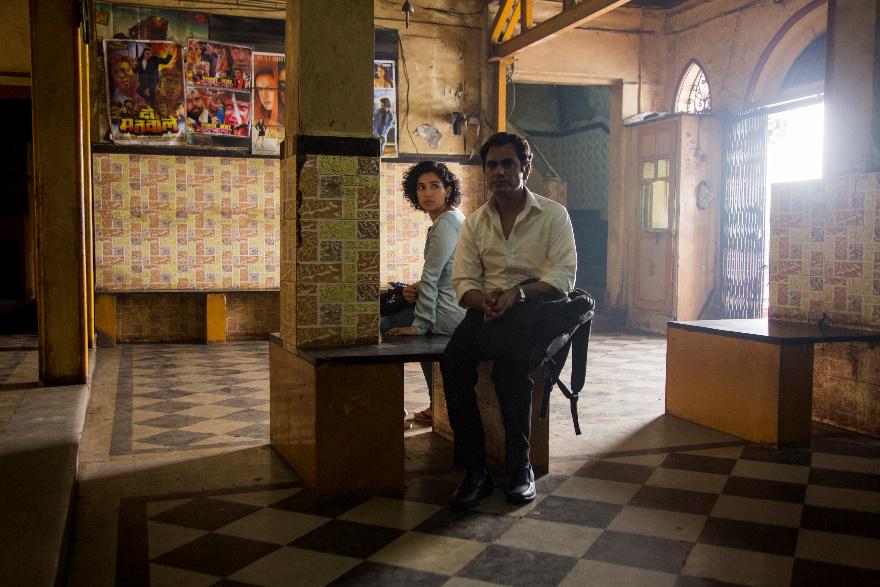 Both of them are longing for a connection. A connection to something or someone that understands their relatively less interesting outlook towards the world. Basically, they are looking for someone who looks and feels things in a way that they do. All their life has been an extended imposition where they have been living their life on someone else’s terms – Knowingly or unknowingly. The whole idea of Rafi trying to cover his track with a lie when his grandmother holds out her medicine intake till he gets married could have come out as a gimmick in a less empathetic director’s hand. Batra however, understands the importance of such little impulses and keeps his characters grounded in realism.

There are nearly no emotional outbursts to trigger the narrative consistency in any way. The pace itself possesses so many unsaid things that there is no need for words between the two souls in the film. Batra has been a master in portraying how distance from things and people can affect a person. However, he doesn’t prod his characters into this lack of connection for gaining sympathy. He uses their presence and self-imposed distant characteristic to grow them into something that only they would understand. He doesn’t overplay or underplay with his characters or actions which is why their little impulses feel well-earned. For instance, in a scene where Miloni eats a road-side ‘Golaa,’ we are bound to know that the following scene will have an altered effect on her. But the way Batra sequences and stages his scenes makes the drama feel secured.

Related to Photograph – The Lunchbox [2013] Review: Strangers sharing loneliness in a Claustrophobic Mumbai

Batra’s Photograph ends on a subversive note when you culminate its presence in the realm of Hindi cinema that often misguides the stories where two characters meet and fall in love. The ending, in particular, is both meticulous and truly earned. Much like The Lunchbox, the film ends on an overly ambiguous note. It is bound to divide audiences – Half of whom will downright disown the film of all it’s essence but some will embrace it for a period of time that prolongs it’s welcome. Batra wishes to connect to these few souls who accept the two people at its center for who there are – Moreover accept his rendition of their luridly paced lives on its poetic value.

In spite of having Nawazuddin Siddiqui – The unmatchable star of low-key indie films, Batra’s film really shines through an authentic portrayal of Miloni played superbly by Sanya Malhotra. Malhotra – Who has only acted in half a dozen films so far, seems extremely confident in portraying Miloni; A character who would otherwise be dismissed for lack of charisma. Farrukh Jaffar plays Rafi’s grandmother who brings the much-needed humor in this tale of few words. She is absolutely cracking in a very small role.

While not as engaging and charming as his first feature – The Lunchbox, Photograph is about two emotionally distant people trying to find common ground. Its real charm lies in moments of silences and melancholy that flow like poetry written by proletariat’s which is often left incomplete and untouched.