We should feel fortunate to live in an age where art-house sci-fi films seem to be making a come-back and are leading to quality works like they did back in the day (à la 1968’s 2001 and 1979’s Stalker). With High Life we get a head-scrambling and soaringly ambitious sci-fi film of indescribable quality. It’s uneasy to digest, but worth the effort. It’s a high-concept sci-fi film that’s so stuffed with ideas, most of which have never been touched upon in the genre before.

Given that this is a French film, there’s plenty of sexuality explored in this tight-knit setting in the farthest regions of outer-space (and plenty of on-screen nudity, semen, and a couple of rapes). But all this talk of sex is ultimately leading to the grand concept of procreation, how humans, in such a vast array of space and space-dust, are compelled more than anything to continue their species through the act of love.

Set entirely on a spaceship travelling a hundred or more light-years from Earth (and whatever humanity is remaining on it), Monte (Robert Pattinson) is all alone with a baby girl, Willow (14 month old Scarlett Lindsey), as he goes about the mundanities of running the spaceship and its self-sustainment procedures so he and Willow can survive.

There’s a peculiarity with Monte and Willow as he takes care of her, with a kind of paternal ambivalence– at times he seems frustrated and exhausted by her typical baby behaviours, yet most of the time he shows tenderness and fatherly protection. I’ve very rarely seen a film display the unthinking mannerisms and actions of a baby (particularly outside of the realist drama genre and in a genre film like this), observing so closely the peculiar ways babies look, eat, cry, learn, touch, and sleep/snore. High Life immediately shows that although it’s in a sci-fi setting and is concentrating on a number of futuristic concepts, it’s still a drama (and something of an arthouse drama) at its core. 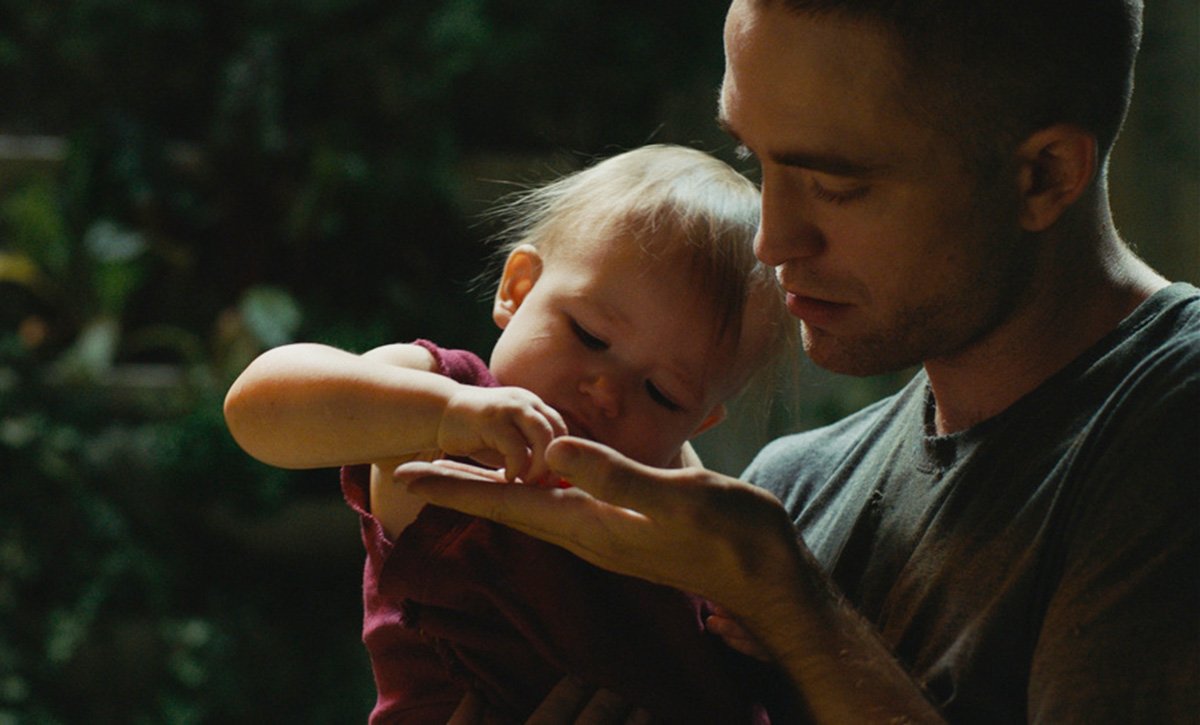 After this prologue (and a spoilerey opening title sequence), we head back in the story to see the convoluted ways that this baby was conceived. It’s mostly to do with the sexual experiments taking place on the ship, conducted on these prisoners by fellow prisoner and biologist Dr Dibs (Juliette Binoche), whose clinical austerity at times unveils a sensual side underneath.

If there’s a film with a similar concept, I’d like to hear about it. Much better able to depict the search for love in the vastness of the cosmos than in Interstellar, as instead of actualising this deep-seeded human pursuit in a sentimental and nonsensical sci-fi fantasy set-piece, High Life manages to depict it in a simpler and more grounded and accessible manner that not only makes more logistical sense, but with more assuredness in how it evokes this universal humanity.

High Life is a sci-fi film that revels in its genre, showing its many influences, namely 2001 for its realistic approach to outer space, Sunshine for the vegetation room where the inmates have their only connection to the organic earth, Interstellar for the depiction of time in space, as well as the use of black holes in the story, Stalker for particular scenes involving dogs in degraded environments, and High Rise for its kaleidoscopic array of topics, themes, and ideas that are highly relevant to humans and the communities they reside in.

But High Life is not merely a hodgepodge of previous sci-fi films stitched together – it still presents itself as a wholly unique take on this genre, which is filling up with more and more high concept productions (Under the Skin, Ex Machina, Annihilation, James Gray’s upcoming Ad Astra). This is such a refreshing and personally made entry in this genre, it’s likely to influenced further films as it too has been influenced.

The French septuagenarian filmmaker Claire Denis has crafted a vivid, memorable, unboring piece of headstrong genre filmmaking that has an intense pulse (despite the glaze of deep-space isolated stoicism over these characters) that feels radical for the genre in this age where high-concept films can look somewhat high-budget. I’ve found some of her previous films (Let the Sunshine In, Bastards, Trouble Every Day) to also be scrambled and rambling, dissonant and unclear with their various ideas shoved in the blender, but with High Life, she has now seen a through-line with her new approach to tackling the profundity and unexplainable beauty of humanity – it’s a cosmic journey from beginning to end, and though messy in the middle, it manages to come to a conclusion of galactic proportions that I’m sure very few other films of this year will aspire to.