Hoping that by now you would have seen Christopher Nolan’s space film, Interstellar, starring Matthew McConaughey, Anne Hathaway and Michael Caine. I have tried to dissect and explain the ending of Interstellar in a lucid manner from my understanding. I will not get into nuances of science about the Wormholes and Black Holes so you can study them separately here. Christopher Nolan has himself stated,” People are always accusing my films of having plot holes, and I’m very aware of the plot holes in my films and very aware of when people spot them, but they generally don’t. But what were some science issues people had with the film? That was Kip’s domain.” I also want to add that this is a science FICTION movie, not a documentary on space that could have an accuracy of cent percentage.

Interstellar is a big-budget science fiction endeavour that will appeal to sci-fiction lovers and it’s a simple tale of love, sacrifice, hope and belief which gives emotional strength to the movie. It will leave Nolan’s critiques dumbfounded complaining about his inability to handle sensitive scenes and having emotional depth in his narrative. Set in a near future, providing no clue of the year, the world has been hit by famine caused by ‘The Blight’ – an airborne disease that causes food crops to turn to grey-brown powder.

It forced the inhabitants to return to emergency farming, including retired NASA pilot and widower Cooper (McConaughey), who is a father of two smart kids, Murph and Tom Cooper. Cooper and Murph in quest of decoding Morse Code, stumble upon secretive NASA station on the outskirts of their town, where they’re told Dr Brand (Caine) that Earth is coming to an end and human species will extinct if no alternate planet in another universe, suitable for life is found.

Interstellar is a beguiling, jaw-dropping experience that has a sentimentality of Steven Spielberg’s sci-fi films, specifically “War of the Worlds” that shares a father-daughter relationship. It pays tribute to Stanley Kubrick’s sci-fi masterpiece “2001: A Space Odyssey.”

Yet, undeniably it remains a Christopher Nolan experience throughout, including the perplexing third act finale. The ending might have left everyone puzzled or frustrated, some would have found it stupid too. But foremost, let’s all get on the same page by trying to figure out exactly how the film ended. 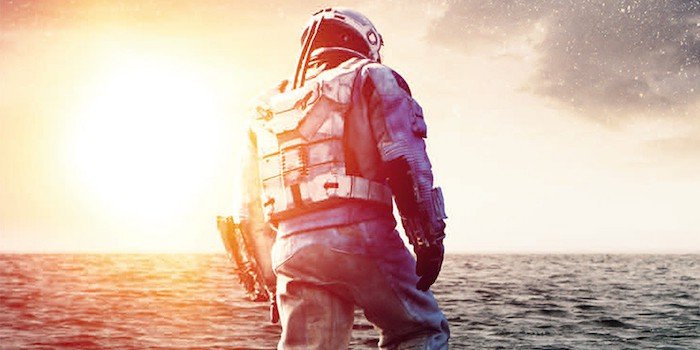 Basically, the problem is in understanding the “THEY” and what all shit happened when Cooper was in the Tesseract. Let me start with Dr Brand’s Plans A & B.

It is made clear that the US government has been funding NASA secretly to find a new habitable planet that can home Human species (Homo-Sapiens). Cooper questions, “How NASA intends to find a planet capable of sustaining human life since humanity is already living on borrowed time, and transport to the nearest galaxy alone would take decades.” To which Dr Brand reveals to Cooper that “THEY” (will discuss that later on) have created a ‘Wormhole’ near Saturn and he has already sent 13 humans through the wormhole, each one on a mission to determine whether nearby planets can sustain human life. Upon arrival at their planet, each of the astronauts was to set up a beacon–indicating that their planet was a candidate for human colonization. NASA cannot communicate directly with the astronauts but has been able to track their beacons for nearly a decade–of which only three remain active.

PLAN A: Professor Brand will work on an advanced equation that, if solved, will allow humans to harness fifth-dimensional physics – specifically gravity.

After Dr Brand is able to harness gravity, he can send the remainder of the earth’s population in space on a habitable planet from that very space station. And if you remember, Dr Brand asks Cooper to have a look again into the space station. Cooper surprisingly replies “It is centrifugal.”  That very space station is the construction site for humankind’s space-travelling ark. But later Dr Brand confirms that he had already solved the equation but might be they were not able to harness the gravity and save humans, that prompted Brand to go for Plan B.

PLAN B: NASA has harvested a bank of fertilized human embryos that can be used to ensure humanity’s survival. The Endurance team would settle down on the most habitable planet and raise the first generation of embryos – with each subsequent generation helping to raise a new set of embryos.

WHY LIE  PEOPLE ABOUT PLAN A: Of-course Dr Brand had to lie to people about Plan A, and his unsolved equation or else how would have Government funded NASA and Cooper & how other people working over there would have agreed to help him with Plan B and construction of the ark. He needed people to ‘Hope’ that Plan A will work someday, that someday the equation will be solved and humans will harness gravity.

“THEY”: They had remained a mystery for everyone, including most of the audiences. Cooper and the other NASA scientists assumed that THEY are some E.T race who live in a 5-dimensional world and can manipulate ‘Time’. But later when Cooper goes into Blackhole and lands into Tesseract, he realizes that “THEY” are nothing but Super Humans or Future Humans from distant future who lives in five dimensions, who know how to harness gravity and have mastered the quantum mechanics needed to time travel.

It may sound too paradoxical and may raise more doubts than answers, but Super Humans form distant future remembered that Murphy and Cooper have been instrumental in saving humanity and that is why THEY wanted to help humans and ultimately themselves. THEY knew (THEY can see ‘future-present and past’ as Time is physical dimension for Superhumans like space where you can move forward and backwards) about Cooper’s arrival in black hole and how important it was to communicate with Murphy for saving humanity so they built a three dimensional Tesseract for Cooper that takes Cooper directly behind the bookshelf of Murphy’s bedroom. That Tesseract had entire life’s timeline of Murphy through which Cooper could slide in past, present and future but he could not change things in TIME as we can do with physical things.

Gravity can pass through other dimensions and that is how Cooper sends the message to S-T-A-Y by pushing books off of Murph’s shelf. Cooper had chosen himself for this mission using gravity anomaly (Remember the dust scene, where Cooper finds the binary code that leads him to secret NASA space station).

The futuristic humans knew that it was Murphy Cooper who saved them with an equation, and they made sure that she could do it by communicating with her in the only language that is universal: love. The fifth-dimensional communication through gravity (made visible by three-dimensional objects back on Earth) enables Cooper to gently manipulate the hands-on Murph’s watch – transferring the data that TARS acquired with morse coded watch ticks. Subsequently, translating that coded data gives Murph all the information she needs to drastically advance humanity’s understanding of space and time – as well as complete Plan A. 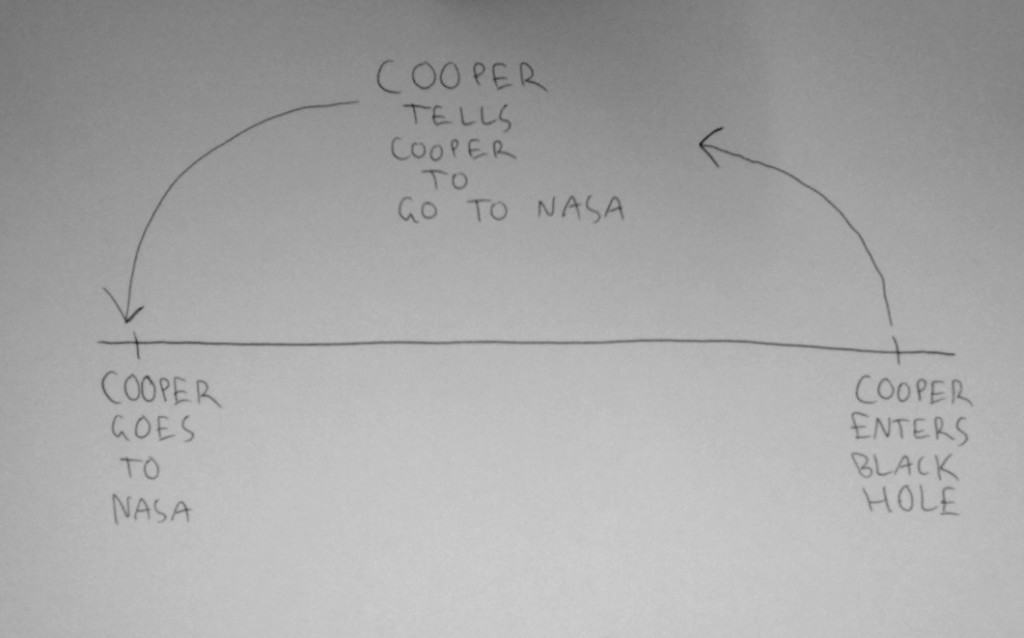 Now, HOW DID COOPER SURVIVE?

Time moves slower as gravity pull increases (Time and gravity are inversely proportional) in a black hole where Tesseract was placed.   TARS and Cooper have been floating out in space for nearly ninety years relative to ‘Earth time’, they were actually only out there for few seconds or minutes in the wormhole. As the doctor says, ”You were extremely lucky, as Rangers found you like a minute of Oxygen left in your supply.”

Amelie and Edmund’s Planet: Cooper on waking up in hospital realizes that he is 124 years old and Murph is still alive(Cryogenically frozen for the last few years).  After they reunite, Murph asks Cooper to go away as no parent wants to see their child die and more importantly she had lived her entire life with the fact that Cooper will never return back.

On the other hand, Amelie goes to Edmund’s planet confirming Edmund’s planet if habitable or not. It is also not made clear how Edmund died over there.  There is no clear evidence given to support this if it is a habitable planet or not except that Amelie has made a camp over there. So it is entirely up-to audiences to perceive it.

Last but not least, Cooper embarks on a journey to find Amelie and whether he finds Amelie or not is the debate-able topic but he makes Dylan Thomas’s poetic line metamorphic: ”Do not go gentle into that good night, old age should burn and rage at close of day. Rage, rage against the dying of the light.”

PS: For all the questions and doubts or any mistake I have made, kindly drop the comment below so that I can make corrections provided I find them valid.