Jordan Peele’s second film “Us” is a masterful diversion from the path of old fashioned horror films. It is the film that wants you to do a little research about it to get its reward at the end. Lupita Nyong'o gave her second Oscar-worthy performance here. The plot-twist at the end is mind-bending and it forces its viewers to watch the film from different angles. But, unlike the other hard-core metaphorical films “Us” never loses its audience’s entertainment value.

It has been an immense pleasure to watch the new imaginative and inventive horror films made in the last few years. Films like “Get Out” and “Hereditary” have completely outbound the fact that horror films can’t be scary without brutal makeup or a visual illusion. Jordan Peele’s second film “Us” is a masterful diversion from the path of old fashioned horror films. In fact, it is the only film came this year which has been studied constantly in distinct ways by the different people since its release. This happened after a very long time. If you found Peele’s first film “Get Out” a little simple then “Us” will definitely blow your mind with its unique narrative style. Not only it rewards Peele’s invincible talent but also puts a step forward into a new kind of horror genre.

“Us” opens up by the close shot with strange music, just like the opening sequence of Stanley Kubrick’s “2001: A Space Odyssey”. The game of Easter eggs and the symbolism start from there and its importance is understood at the end only. Hence, it proves that there is no single frame has been wasted in the film. The plot of the film rambles around the life of Adelaide from her past to the present. In the past, the young Adelaide encountered the Bible verse Jeremiah 11:11 and witnessed her doppelganger in the house of mirrors. While in the present day, we see how the doppelgangers catch Adelaide and her family. They don’t only want to kill the real ones but also want to mark their place. In the end, all things sink in Adelaide’s past where the plot-twist completely changes the scenario of the film. 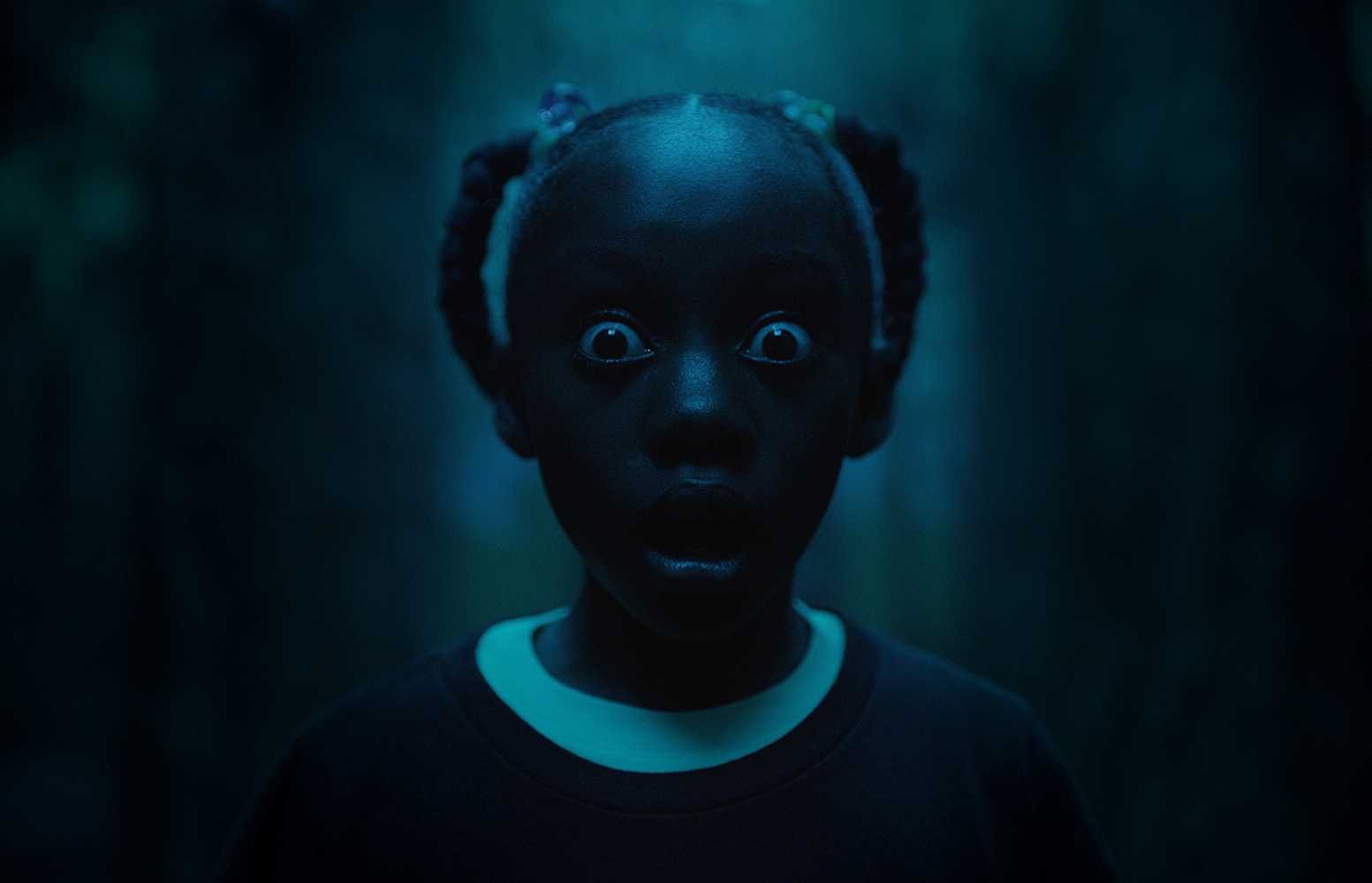 It is not wrong to say that most of the film is all about Lupita Nyong’o’s character that is Adelaide Wilson. Here is her second Oscar-worthy performance after the “12 Years a Slave”. Black Panther’s M’Baku aka Winston Duke played the role of Gabe Wilson (Husband of Adelaide Wilson). He is humorously funny throughout the film. Shahadi Wright Joseph as Zora Wilson and Evan Alex as Jason Wilson (Daughter and son of Adelaide) are surprisingly cheerful in their role. Not as the real one only but also all of these actors shine as the doppelgangers. One of the scenes where the kids fight against the doppelgangers is outrageously amazing. Even the Madison Curry as young Adelaide steals the show at the end by wishfully delivering the twist.

ALSO READ: HEREDITARY REVIEW [2018]- HORROR IN ALL ITS TWISTED GLORY

Jordan Peele admitted that “Us” is inspired by many classic horror films. With his second outcome, Peele once again proved that the masterpiece is built on a strong foundation. It is all about a good story, acting, music, and camerawork. In Peele’s world, one will never get to see any supernatural thing. It is his mastery to offer the tension and suspenseful thrills till the end without any spooky ghosts. Michael Abels’ background score is something rare thing one can find in horror films. The use of Luniz’s “I got 5 on it” as a background score is freaking awesome. Kym Barrett’s costume design is nothing less scary than a boogieman. Some sequences of the film like the mirror hall sequence and the red jumpsuited doppelgangers featuring the “Hands Across America” campaign can make anyone Wow! 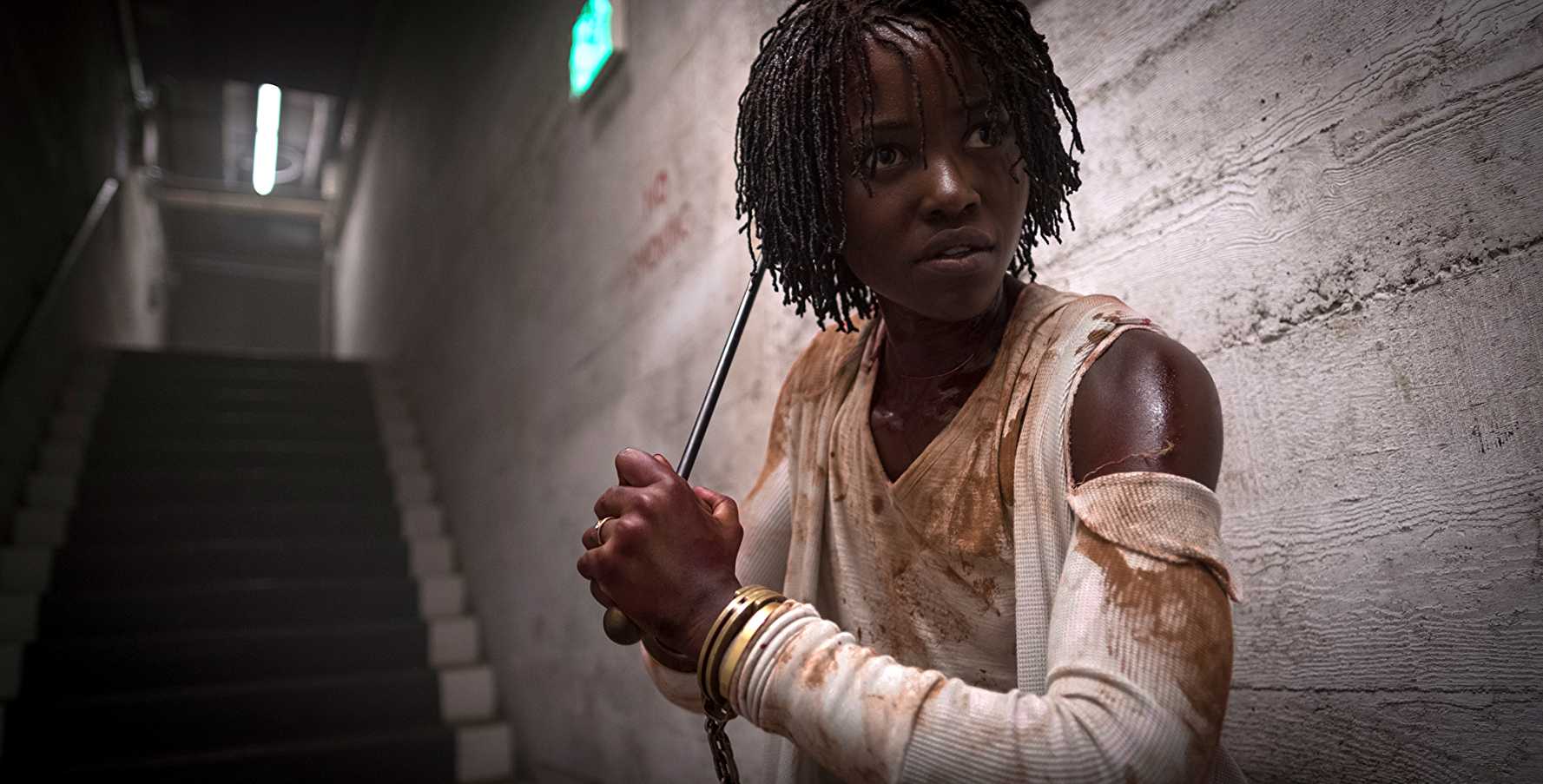 “Us” is the film that wants you to do a little research about it to get its reward at the end. It is an unusual horror tale that lingers with the protagonist from start to finish and keeps it in the strange fear. The real beauty of the film is not the jump scares or quickly increased sound intensity. It is director Jordan Peele’s promise that no one will feel cheated during the film. The plot-twist at the end is mind-bending and it forces its viewers to watch the film from different angles. But, unlike the other hard-core metaphorical films “Us” never loses its audience’s entertainment value. On the whole, “Us” is an open puzzle which can be solved by finding the clues which are trickily put in the film. It is a fun-filled horror film with some unconventional thrills and Peele’s guaranteed believable plot-twist at the end.

Why Alfonso Cuarón's ROMA Is Essential for Young Filmmakers