New Trinity in Horror Cinema – Films of Jordan Peele, Robert Eggers, and Ari Aster Ranked: The 2010s proved to be an amazing decade for horror. Following a disappointing drought in quality horror films since the glorious days of the ‘70s and ‘80s, scary movies yearned for a reawakening, and the 2010s certainly delivered on that front. Movies like “It Follows”, “The Conjuring”, and “A Quiet Place” helped to return the genre to its roots. It reminds the world of the beauty of terror, while box-office successes like “It” and “Halloween” proved that the classics could still be profitable.

Needless to say, fans were excited and the horror genre was thriving. Then, seemingly out of nowhere, three names gained more and more prominence towards the latter half of the decade: Jordan Peele, Robert Eggers, and Ari Aster. Each bringing a new voice to the genre, with highly acclaimed debuts and successful follow-ups, these directors brought an unexpected resurgence to the ‘serious horror film’. With two films apiece and six likely future classics between them, it is safe to say that we have a new big three in horror filmmaking. This is my definitive ranking of the six feature films of Peele, Eggers, and Aster. 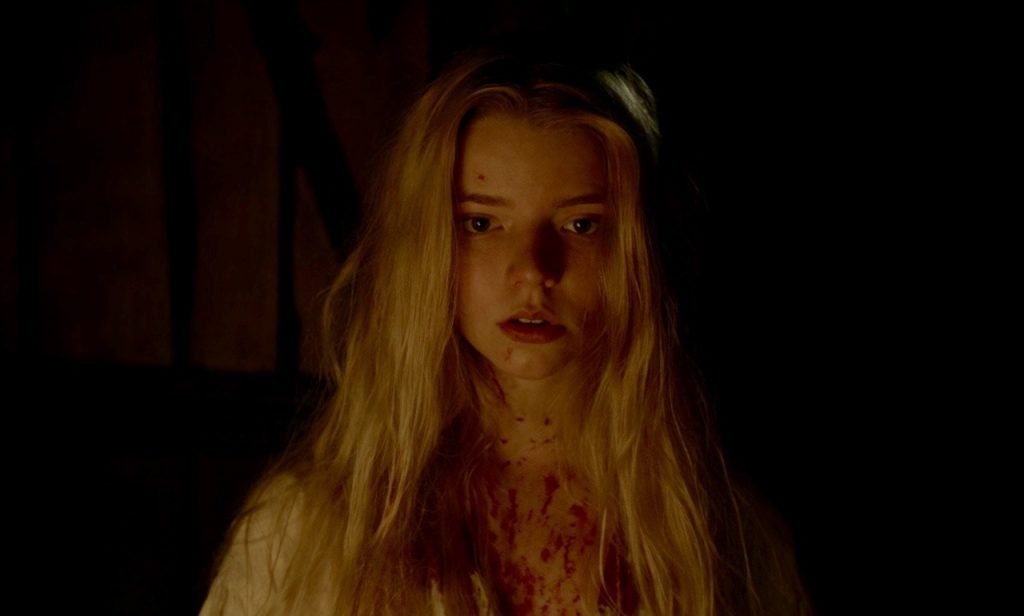 Introducing his passion for folklore storytelling to the indie-horror scene in 2015, Robert Eggers shook the world of horror filmmaking with his debut feature, “The Witch”, and instantly cemented his status as one of the most promising young directors of the genre. We follow a newly exiled family in 1600s New England and watch as their sanity is questioned by frequent strange occurrences, as they believe they are being stalked and punished by something deep in the woods. Eggers’ direction is stellar. The increasing paranoia in the remote setting leads to shocking family drama, as well as a haunting unseen supernatural presence that is slowly peeled back before our eyes.

The authentic period-piece aesthetic makes for a phenomenal time capsule, while the themes of forced religion and the restraints that come with being a young woman, still ring true today, leading to one of the most satisfyingly twisted endings in modern horror. The acting all around is also magnificent, with Anya Taylor-Joy lighting up the screen, selling the escalating tension with every passing scene.

Related List to New Trinity in Horror Cinema: The 15 best A24 Movies that shouldn’t be missed

Showcasing his pristine direction skills and eye for eerie imagery right from the beginning, Robert Eggers takes the grim atmosphere of 1600s witchcraft paranoia and tells a slow-burning tale of feminist empowerment and freedom. Unfortunately, something has to be at the bottom, and for all of its triumphs, “The Witch” does suffer from some confusing old-timey dialogue that leaves it feeling less universally accessible than the others, higher up on the list. 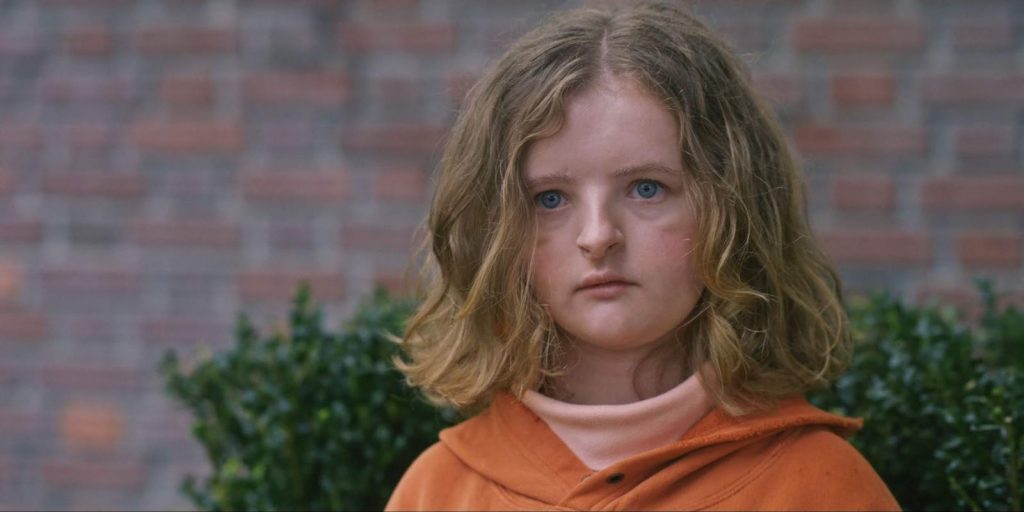 A chilling supernatural tale with an equally intense family drama at the core, Ari Aster’s “Hereditary” was instantly recognized as a landmark horror film upon release in 2018. Aster’s directorial debut tells the story of an everyday American family, meticulously unraveled by their former ancestral ties to Satanism. It’s a devastating look into the anguish of family grief and suffering, while simultaneously being an excellent exercise in delicately handled mystery.

Aster slowly uncovers the ghastly truths, showing but never telling, in a way that seamlessly places the audience in the characters’ shoes, and brilliantly blurs the lines between insanity and the unexplainable. Held afloat by the phenomenal acting by the entire cast, specifically a career-defining performance by the great Toni Collette, the film keeps the supernatural mostly on the backburner until the haunting reveal that could either make or break the final product but luckily fulfills the masterful build-up, with a shocking revelation.

Related to New Trinity in Horror Cinema:  How have Filmmakers managed to get you cowering in fear in the 21st Century

Ari Aster doesn’t only deliver on the storytelling though, as “Hereditary” is also a feast for the eyes; with show-stopping cinematography, gruesome visuals, and some outstanding neo-gothic set design, that make the narrative of the film all the more memorable, and all the eerier. Effective psychological horror at its finest, this debut feature is everything one could want from such a deliciously visceral movie experience. 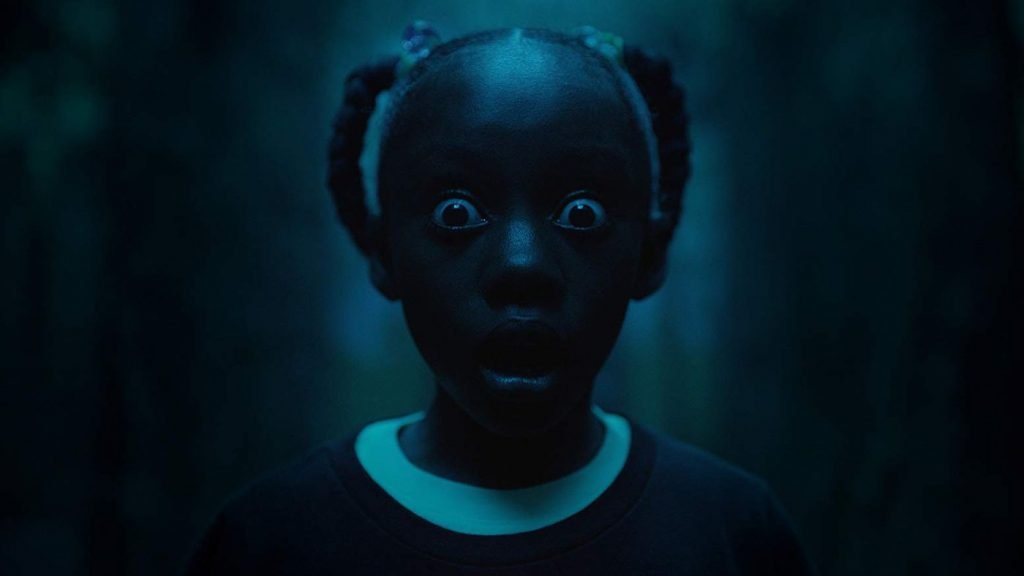 The thrilling follow-up to Jordan Peele’s critically acclaimed masterpiece “Get Out”, the writer/director delivered again, blowing past any kind of sophomore slump, and introducing the world to yet another horrific creation, with “Us”. Embracing the semi-lost art of the traditional slasher film, Peele pays homage to the classics, and shapes his own legacy in the subgenre, with a stylish horror adventure focused around doppelgängers hunting their ‘tethered’ counterparts.

The story follows a family of four, trying to survive their merciless killers, and each actor does a terrific job bringing two completely different characters to life; with Lupita Nyong’o giving a phenomenal performance that will likely go down in history as one of the finest horror villain portrayals to ever grace the screen. While much of the focus is on the compelling family dynamic, Peele does not miss an opportunity to sprinkle in his trademark social commentary; mixing in messages of human-duality, classism, and oppression.

Bringing to the screen a blend of memorable characters, fun scares, dark comedy, and creative imagery, Peele shows that he is more than capable of bringing something new to the table, with a more ambitious second outing. Though the larger scope and occasionally convoluted plot make for a less complete film than “Get Out”, Peele more than proved his worth in the director’s chair with “Us”; leaving behind one of the most original slashers in recent memory, and an overall great time of a horror film. 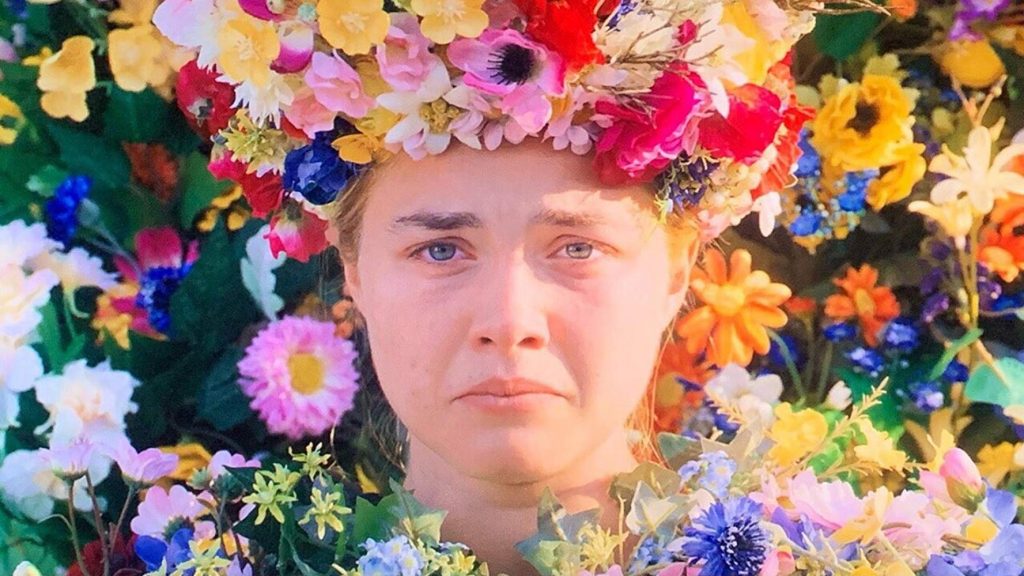 Breathing new life into the daylight horror film, Ari Aster’s sophomore effort “Midsommar” more than lived up to the hype, following his successful directorial debut. Once again showcasing his knack for fusing psychological horror with arthouse drama, Aster’s brilliance behind the lens shines through in this pagan-cult-centered tale.

Following a group of college students heading to their friend’s homeland of Sweden for the titular summer festival, the friends are slowly picked off one by one, revealing a sinister plot of ritualistic sacrifice. Featuring rooted characters and sensational performance from Florence Pugh, the film is more than just a creepy cult flick, but also an intimate study of a dying relationship and the effects of gaslighting –  paralleling the inescapable claustrophobia of the characters’ situation. Pugh conveys so much of this trauma and pain through her controlled performance; once again an example of Aster’s films showing rather than telling.

The eerily unwavering atmosphere of the commune is almost suffocating, and the events are increasingly brutal, with the daylit scenery making for an unavoidable discomfort, as nothing is kept in the shadows. The cinematography and imagery are also stunning, catering to many instantly iconic moments that somehow find some beauty in the terrifying situation. Terrific allegorical storytelling, grounded performances, and breathtaking visuals all lead to a powerfully polarizing ending and help to make “Midsommar” a quintessential horror film of the 2010s. 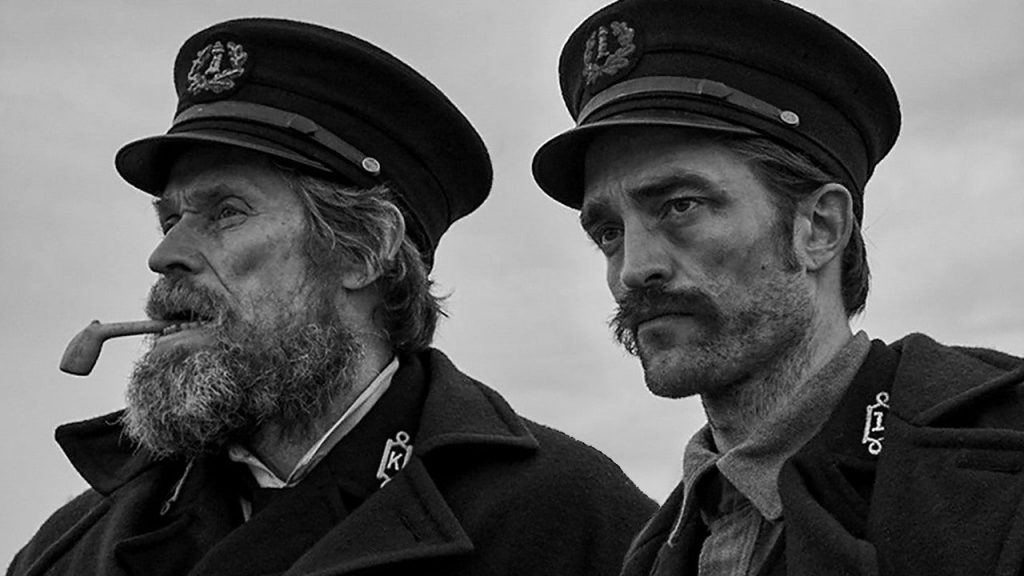 Heads were turned with Robert Eggers’ “The Witch”, but it was his headfirst dive into 19th-century madness that truly cemented the director as one of the absolute best filmmakers currently working in horror. Crafting a simple tale of two lighthouse keepers slowly succumbing to the uncharted powers of their island, Eggers crafts yet another masterful folktale, with growing mystery and deep-seated paranoia.

Robert Pattinson’s increasingly mad performance meshes with Willem Dafoe’s crass, old sailor-tongued insanity, with enthralling chemistry that can go from endearing camaraderie to blatant hatred in a matter of seconds. As the film descends deeper into chaos, the paranoia grows, and the performances grow wilder and wilder, making for a bizarre and entertaining experience. While the performances certainly sell the tension and fear, the story is also a delicately crafted tilt into the unknown, with very little explanation given to the shocking events, making for a wonderfully ambiguous tale that will be continuously interpreted for decades to come.

The Lighthouse featured in The 50 Best Films of 2019

The eye-popping black and white visuals, small aspect-ratio, gruesome practical effects, and immersive sound design all encompass the Lovecraftian hysteria of the film; with the blaring foghorn creating a fittingly eerie score. This incomprehensible masterpiece of psychological horror, with a touch of fantasy, is without a doubt a true future classic, and one of the most daringly original horror features of the past few years; further solidifying the genre as a powerhouse in modern filmmaking. 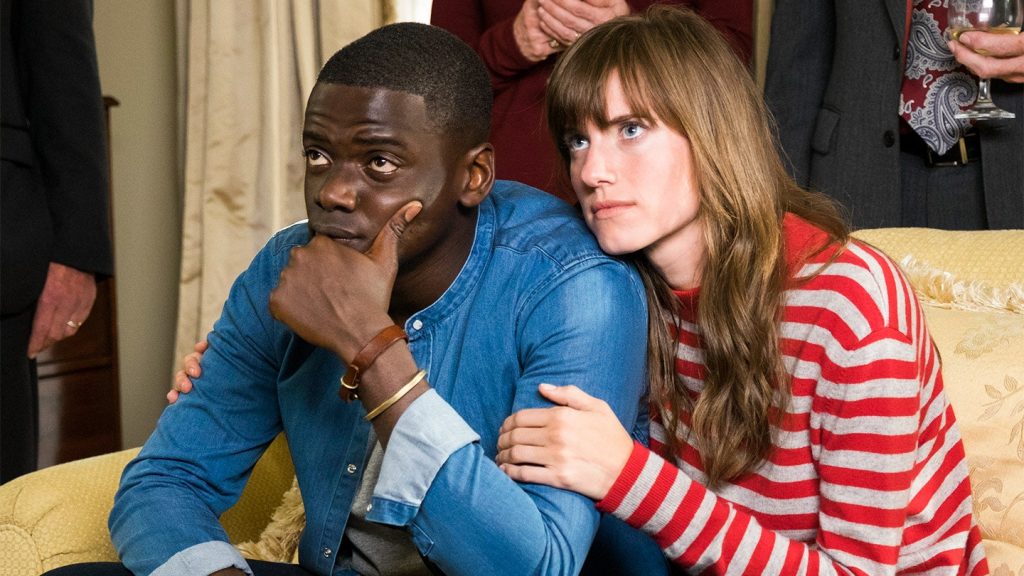 What can be said about Jordan Peele’s “Get Out” that hasn’t been said already? The definitive horror film of the 2010s simply has it all – with all of the characteristics of a timeless masterpiece. Stunning audiences with a blend of horror and social commentary that has become synonymous with the director, Peele showed writing and directing chops that nobody could have expected, especially considering his comedic background.

Using his voice to tell a biting, satirical stance on classism and systemic racism through the lens of a horror thriller, the director delivered one of the most original and sharp films in horror history. Possessing fantastic characters and a jaw-dropping, well-rounded performance from Daniel Kaluuya, the credible acting forces the viewer to buy into the sincerity of the seemingly outlandish plot. The story itself is a genius take on the effects of racism, while the symbolic imagery is equally thought-provoking and strongly impactful.

Peele’s first-time directing is every bit as refined and focused as the material demands, and his comedic background lends some levity in tone to the contrastingly horrific themes and visuals. An undisputed classic of its time, and for years to come, “Get Out” was the most unexpected treat of 2010s horror. Showcasing stellar performances, mature filmmaking, and inventive storytelling, this remarkable debut is a true epitome of original filmmaking working to create something unprecedented and everlasting in its genre.

The 10 Best Horror Movies of the Decade (the 2010s)
More than Blood and Guts: Symbolism in Horror Films

New Trinity in Horror Cinema: An Article by Indiewire

Soul of a Beast [2021]: 'Locarno' Review - A Visual Fantasy with Entertainingly Deranged Moments