When you hear the phrase ‘Buddhist Science Fiction’ in the description of a film, you are bound to be intrigued at the very least. ‘Karmalink’, just like the name suggests, tries to amalgamate the philosophy of Buddhist enlightenment with fundamental science fiction tropes. It is a cocktail with the potential of becoming cinematically toxic if not executed deftly. However, directed by Jake Wachtel and written by Wachtel himself along with Christopher Larsen, Karmalink (2021) largely avoids the pitfalls of never-ending complexities of possibilities; even though it does not soar with its ambitious story.

The film tries to depict a not-so-distant future, where scientific advancements are made to house memories in a nanochip. The scope of such memories encompasses not only one lifetime. That is, previous incarnations’ memories could also be accessed. The story is set in the Cambodian city of Phnom Penh. The juxtaposition of the spiritual plane of mysticism and scientific progression is something that the writer duo attempt to highlight. Director Jake Wachtel has lived in Cambodia and the immersion in local culture reflects that, in the film. There is a testament to ample research done to fuse the philosophies and tenets of Buddhism with the sci-fi gadgets of the story.

The protagonist of the film, Leng Heng, is a 13 years old boy who gets to glimpse some of his past lives memories. These interactions happen in the dream world for him, while the grim reality is that his and his family’s home is about to be abolished for urban development. A golden statue of Buddha keeps on appearing in such dreams, making Leng Heng convinced that his previous incarnations have found that statue in their lives. Believing that if he could get the statue in this life as well, his and his family’s fortune could turn for the better.

Wachtel incorporates the childish unpruned wonderment within the scope of metaphysical exploration. At the heart of the story lay the adventures of Leng Heng and his associates. Especially the quest of finding the Golden Buddha. Leng Heng’s blossoming friendship with the smart and savvy girl of the same age, Srey Leak, is the driving force of the non-metaphysical part of the narrative. The relationship between them remains the anchor of the film. Srey Leak, with all the tricks up her sleeves, helps Leng Heng in understanding his dreams. 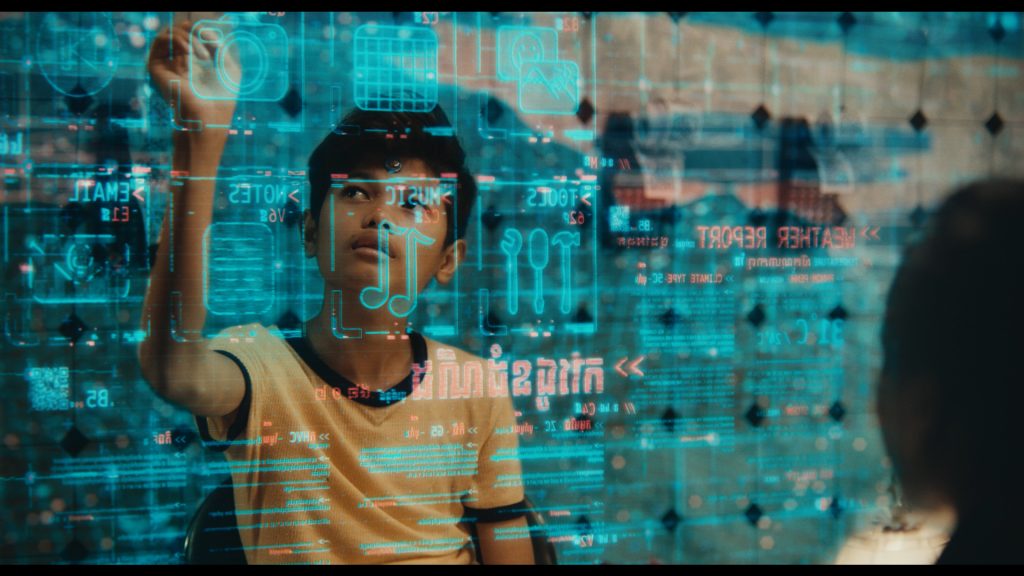 The only complaint might be that ‘Karmalink’ does not take off completely in the later parts. The ambitious story does not get the ambitious storytelling. There was scope to delve into the philosophical ocean of karma and reincarnation. The exploration of the ‘being’ of human lives is largely on the surface. And with the introduction of the brilliant neuroscientist, Vattanak, the film travels more towards the mystery territory. The film’s climax does incorporate one twist, befitting the mystery genre. This does not make the film bad one, but it does seem like an opportunity lost.

The actors, especially the children, are determinedly believable in their parts. Staying true to its realist undertone, the non-actors elevate the naturalism of the environment that the film tries to portray. Cinematographer Robert Leitzell composes quite a few exquisite frames, even with a slight over-indulgence on the hand-held format.

‘Karmalink’ is a unique feature in terms of its attempt to blend spiritual beliefs with corresponding possible technological developments. The world-building in the film is rich, even if it is occasionally cumbersome. Despite the film not being able to peak in its cinematic scope, it does provide enough to care for its characters in their unusual quests.

The Wheel Of Time (Season 1): 'Prime Video' Review - Rosamund Pike And Álvaro Morte Cannot Salvage This Lullaby Of A Show