Most of the developing countries face acute economic problems & resource management issue due to population explosion. It is a major concern among developing-economic nations as the exponential growth of the population leads to scarcity of resources, that results in poverty, deplorable quality of life, growth in crime rate, and faster environmental damage. When Thanos revealed his agenda of wiping out half of the population, you might have thought, even for an ephemeral moment, he might be right about it.

In the late 1970s, when China made the headlines across all the new channels of the world about its overpopulation that just crossed one billion marks, the government officials tweaked the two-child policy to ‘One-child Policy.’ The policy was applicable across China, although exceptions were made—e.g., parents within some ethnic minority groups or those whose firstborn was handicapped were allowed to have more than one child. 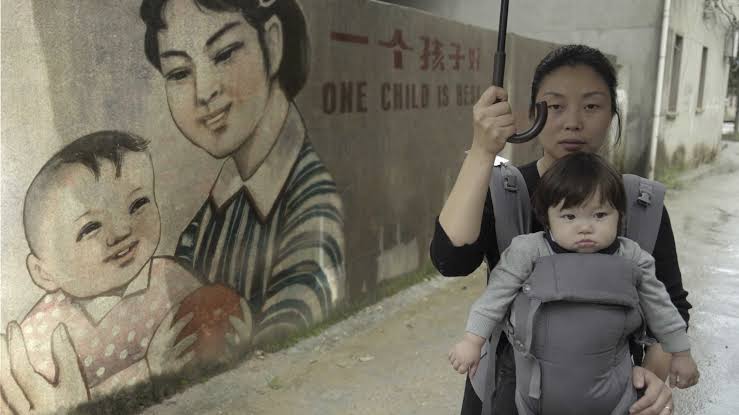 The Government and the ‘National Population and Family Planning Commission’ officials relentlessly created the propaganda through plays, theatres, advertisements on hoardings, playing cards, music concerts, even the advertisements on matchboxes and books. The Government rolled out lucrative benefits and incentive for people, and it urban folks readily adjusted to it than their countryside counterparts. The culture and tradition that emphasised on having a baby boy, and looked down upon girls, made it significantly difficult to implement the One Child Policy in the countryside.

Nanfu Wang’s One Child Nation, based on the strict One-Child Policy, examines the consequences of this cruel, inhuman program that caused irreparable damage including emotional & psychological abuse, propagated institutionalised sexism allowing feticide- if its a girl, and forceful sterilization of women after their firstborn. It doesn’t end here, Nanfu exposes how the second child, if born, was handed over to the orphanages for international adoption that, in turn, had its far-reaching consequences.

After the birth of her child, Nanfu began contemplating about the abusive ecosystem that was created in an already sexist socio-cultural environment, enforcing rigid propaganda to ensure the policy. Despite stirring up the controversy in her native with her debut film, she decides to risk returning to China and interview her parents and local authorities who participated in the program. Her journey to learn about the forgiving environment she grew up in soon turns into a shocking cultural examination that reveals the deep-seated misogyny, child-trafficking, feticide and forceful sterilization.

One of the midwives, who now works to help infertile couples, killed and aborted almost a thousand of the fetus. She regrets her action but in her defence, she has only one thing to say, “I had no choice. I was following orders.” The walls of every city and village had slogans written that read, “Induce it, abort it, don’t give birth!” and “Better to shed a river of blood than to birth more than one child.”

When the barbaric policy got strict, it paved a path of a sinistral conspiracy involving orphanages. A child result of an unsanctioned birth was either abducted or left on the streets for someone else to adopt. Such children were brought in to orphanages, registered as orphans, and then handed over for adoption to the Western families, oblivious to the truth. An independent agency, compromising of a couple, came in force during the early 2010s, to discover the biological parents of all the adopted Chinese children in the USA. But the damage had already been done, and finding a biological parent of an orphan would mean putting two families through tragic choices to make.

Also, Read – For Sama [2019] – A Perturbing and Poignant account of a cataclysmic conflict

Ironically, the Government officials realised the horrendous mistake in implementing the policy after three decades, when the younger population shrank to low figures that it could not sustain the booming economy and there are not enough caregivers for the elderly. “One child makes a happier life,” slogan was soon tweaked to accommodate another child to help build the nation of youngsters using the same propaganda tool.

One Child Nation is part investigative journalism and part personal journey that lay bare open the ramification of the brutal policy that left an emotional scar on millions of people and left their lives skewed forever, for worst.

Joker (2019): Phoenix Soars in a Menacing Origin Story of the Iconic Villain