Adapted from the book Happy Hand by Guillaume Laurant, I Lost My Body (J’ai perdu mon corps, Netflix Originals) is a French-language 2D animation film. Starring Hakim Faris (Naoufel) and Victoire Du Bois (Gabrielle) in the lead voice roles, this film traces the journey of a palm back to the hand it was severed from.

The sight of a hand walking on its own is creepy and something only children can believe or give a second glance at. It will be dispelled as a figment of one’s imagination if we mention seeing such a thing. “Yes, and I saw pigs fly” could be a sarcastic comeback. Hands walking on their own are scary. Period. You’ve seen the wight hand in Game of Thrones right. The difference? This hand has flesh and it has a brain of its own for in a bid to survive it remembers the essential lesson of the prehistoric cavemen. 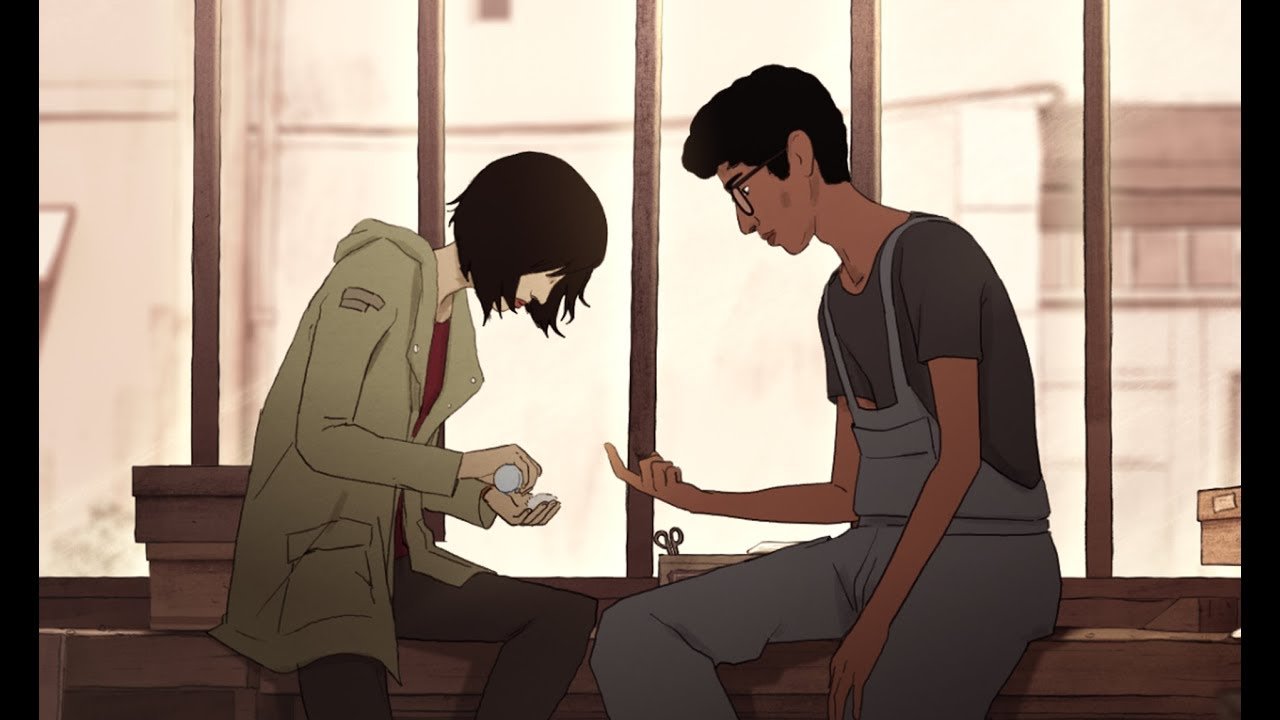 Clapin doesn’t shy away from showing blood and gore in one of the two parallel storylines. The hand is on a journey across Paris where it must battle against pigeons, ants and a very entertaining battle against multiple rodents alongside the railway tracks. It does have some lighter and relaxing moments along the way that bring a smile to your face before the epic road cross sequence.

The hand’s great adventure is accompanied by a storyline in the past for here everyone has their hands intact.

It focuses on Naoufel, who is a young pizza delivery boy. He seems to be more clumsy than not. A shot of his room shows us a lot of posters which is common for young adults. He reminds me of Tobey Maguire’s character from the original Spiderman trilogy primarily because both of them are always late and have given away too many free pizzas. Naoufel’s irritated boss asks him to purchase a watch.

He has given up all hope of anyone caring about him that when someone asks him how is it referring to his wound following an accident he talks about the state of the pizza before genuine surprise erupts on his face. This young man is drawn to the kind human being (Gabrielle) and devises a plan to pursue her which forms one story of the film. The hand tool is active and not forgotten.

You may wonder who this hand belongs to. It’s got to be one of the protagonists. Initially, there may have been hints about whose hand it is. I managed to spot the link only about half an hour into the film. The question remains as to what happened that led to the hand being separated. We were curious, and when we figure out a tentative answer to ‘the what’, ‘the how’ fuels us on.

The edits are good especially in the part where the film gets its title. It plays on the existing knowledge of the viewers deciphered from the dual perspectives of the film. You cringe in anticipation of the moment and just as you sigh you cringe again. This cycle continues and then before you expect it the thing happens to leave pin-drop silence. I could feel the silence among the patrons in the cinema hall.

Also, Read – Marriage Story [2019] ‘Venice’ Review: The Melancholy of love and the Chaos of Divorce

The film has a crisp running time of 81 minutes and may come across as a slightly long television episode.

Despite being an animated piece the colours aren’t jarring and remain a tad bleak which reflects the protagonist Naoufel. At no point does the animation overshadow the film and you aren’t going gaga over the technical details and remain focused on deciphering the point of this effort.

It is just perfect for a film of such a subject matter and manages to give us an ending which you need to figure out and decipher for yourself. It could be a warning about the importance of doing one thing at a time or perhaps a motivational message.

For those who want to enjoy a couple of hours of entertainment and get away from overthinking and not do the same about a film. Well, that works too. It is a leisurely fairy tale (with deep meanings) if you look at it in that manner and can avert your gaze or ignore the blood. A love story, a walking hand, Paris, good music equals a good film for leisure with an ending that will drive you and maybe just maybe provoke you to contemplate all you have seen.

I Lost My Body Netflix Trailer