It’s rare to see horror film sequels build up on sequential plot points of the predecessor & make a spine chilling, tense & interesting story around the same premise without losing itself to cheap thrills & lame jump scares & prospect a story that doesn’t seem to be out of a dumpster. James Wan’s The Conjuring 2, although not completely washed off from being a horror sequel, somehow manages to successfully walk past unharmed with some brilliant writing & riveting performances. While the film follows every single old-school horror film cliché; it does it with great conviction & has a whole lot of innovative ways to scare the child in you who just wants to sleep in your own bed, away from all the monsters that can sneak into your room, below your bed or inside your head.

James Wan has always had a knack for knowing what keeps the audience on the edge of their seat. Right from his first film Saw, which was more of a gory-suspense thriller that intermixed the human psychology of being punished for crimes that they never thought were crimes in the first place; he has managed to find that lose brain cell which not only scares but haunts his audiences along with the characters in question. With an absolutely unforgettable climax, Saw still stands out among a league of cult-horror films that scares the soul out of you. 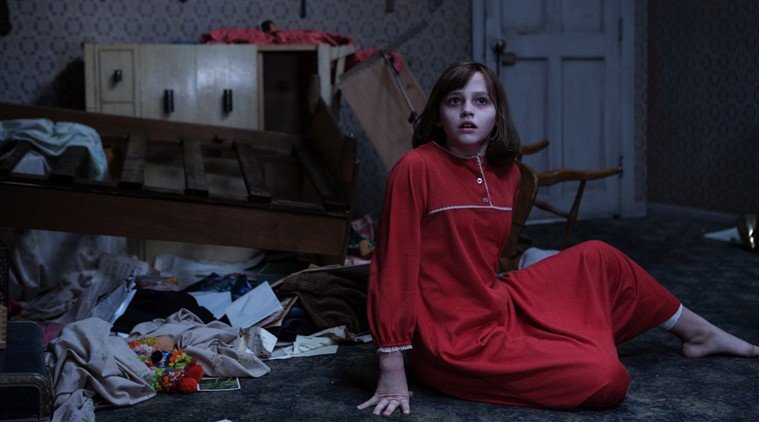 In 2013, James Wan decided to go old school and dug deep into the files of well know paranormal investigators, Ed & Lorrain Warren. A couple that helped people get rid of malicious spirits lurking around their house, making their lives a living hell. The Conjuring was one of those horror films that manged to scare people out of their shells & broke the spell of sad, gore-trodden clutters being sold as horror films. The infamous hide-and-clap sequence is still a proper reminder for people like me that basements are uncharted territory. While The Conjuring 2 doesn’t manage to top it off, it’s a respectable entry to what looks like a franchise in the making. It’s a film that packs enough punch to satisfy that part of you which always wants to know what’s hiding behind your bedroom door when you can’t sleep with the demons in your head.

The Conjuring 2, takes off with the couple trying to communicate with a demonic spirit that haunted a house & turned a man into brutally massacring the whole family under a sort of satanic spell. This part of the film sets up both our central investigators who now act like power rangers for the ghosts. While it does feel a tad bit in the face when Wan shows how these characterizations & events are based on true events, but the way he sets up his characters is applause worthy. So, when the film finally cuts off to England, where the shit is about to get down, you are already aware of it. Which makes it a smart move on his side. The Conjuring 2 focuses on a single mother and her four children who live in London under adverse living conditions. The father has left the home & it’s really tough for the mother to even provide biscuits for her little child moreover tackle an insane spirit that shows up, even in daytime. 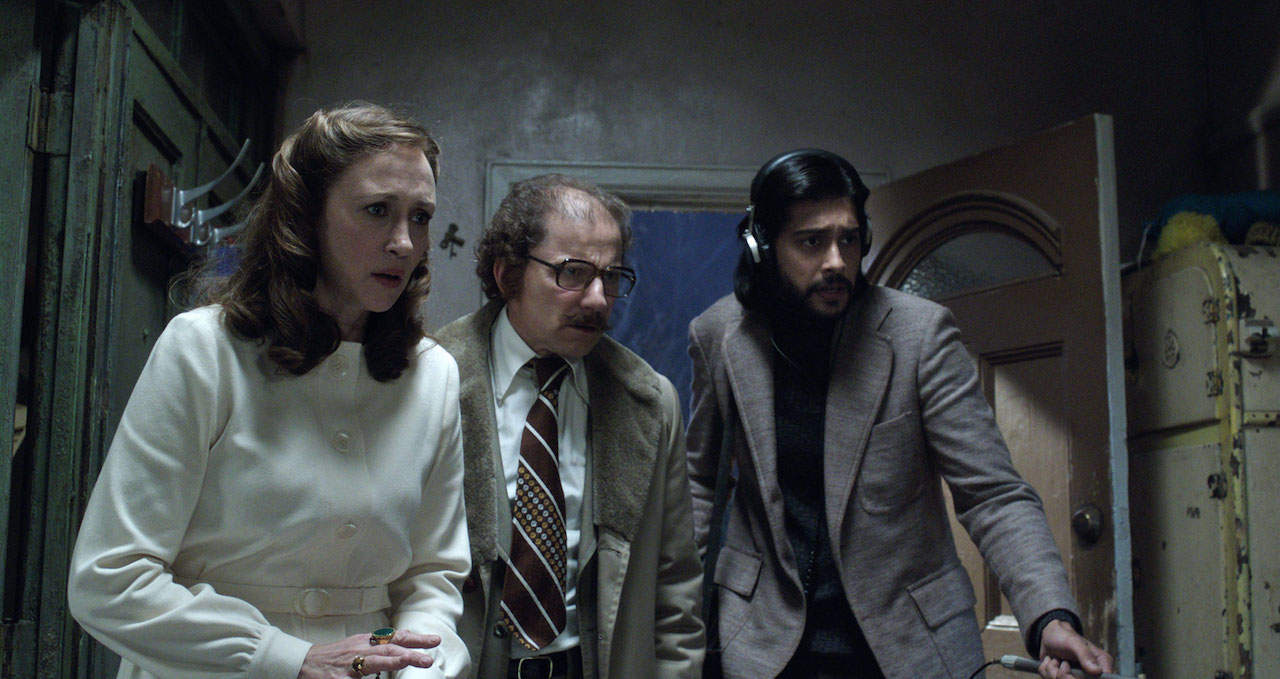 I wouldn’t get into what will definitely scare you and what won’t, because that wouldn’t be fare on my part. I’ll just get into what’s so great about The Conjuring 2 and what’s not. As I mentioned already, the writing is superior, even better than the first film in parts. Wan has written his characters wit great flair, and even when he rehashes on his previous effort, the toy for example, he gives them a very restrictive feel which makes them all the more grounded. The sound mixing is effortless; there are no over the top forced noise modulations & the score is just eerie and atmospheric. The cinematography is terrific. I was amused at this first tracking shot that makes you aware of the house in a sort of POV format, taking you into the realms of the film itself. There are a couple of comic moments that beautifully mix with the horror at bay & a love song, which could have been cheesy, manages to feel necessary. Madison Wolfe (Janet) who is the center of all the happenings could have made this a sleazy fest, but oh god is she good. There are times when her little shoulders carry the entirely of the film  & she does it with great elan.

However, the film is not flawless, there are numerous times when The Conjuring 2 takes on cinematic liberties & still sells itself as a true story. Some of the rehash just feels dumb & atrocious and doesn’t quite add up to anything substantial. There are a lot of convoluted conventions that The Conjuring 2 takes, specially the one that deals with bringing the Warrens into the game through the media feels a tad bit out of place. The general idea of the film that tells you to stick together no matter what also feels a little out of hand. I found myself wishing the writers had a smarter way to find the truth in the third act, looking as how well the rest of the tension kepts brimming. 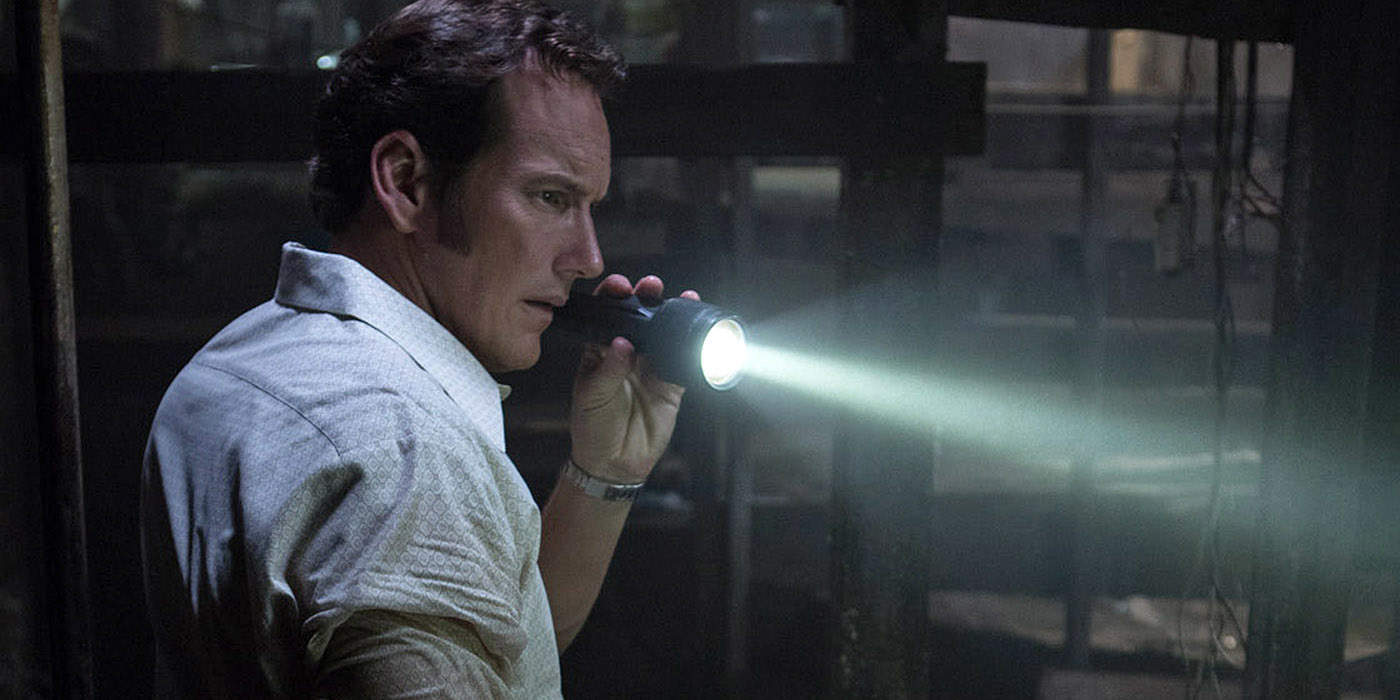 That being said, The Conjuring 2 might be the best bet at the cinemas this week. While it might not scare you as much as its predecessor, Wan ensures that the audience at least has fun while they are thrown into the lives of this tale of a haunted house. Do pay a visit, the demons don’t wish to harm you much, they just want your little girl and love to hear you scream!

Shame [2011] – A Chilling Implosion of a Desensitized Individual