Occasionally, a film comes along that ensures you leave the theatre with a smile on your face and heart feeling full. Green Book is that film this 2018 holiday season. The film is inspired by the true friendship between Dr Don Shirley, a world-class African-American pianist and Tony Lip, the Italian driver he hires to escort him on tour. It’s a buddy road trip movie, set against the backdrop of 1960’s southern America with all its racial tensions.

The film has a simple enough premise, but its true winners are its complex characters and the phenomenal lead performances that drive them. Mahershala Ali and Viggo Mortensen are flawless as they slip into their characters and don’t miss a beat.

Viggo goes through the physical transformation of packing on the pounds and builds Tony into a three-dimensional character who we fully understand. Every quirk, trait and mannerism of his is well written and perfectly enacted to make him feel real and authentic. While Dr Don Shirley is relegated to more of a supporting role and not given as much depth, Mahershala Ali does perfectly well with what he’s given to build another compelling and delightfully intriguing character. The two are as different as can be and the chemistry they share is remarkable. Linda Cardellini as Tony’s wife leads the supporting cast who all make a solid impression too. 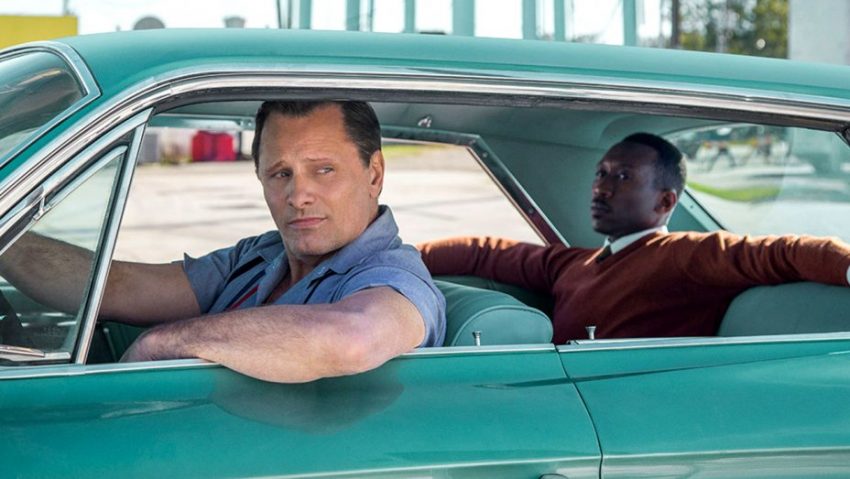 The film coasts along at a breezy pace, with smooth transitions and fine editing. Even if the narrative is slow to progress at times, you can’t help but enjoy the time you spend with the characters. Their banter is always entertaining and enjoyable. The plot sometimes nudges into darker, more interesting themes reflective of the times but shies away from fully exploring them. The film maintains a light-hearted approach throughout, even in the harshest of scenarios. Green Book is also a good-looking film that captures southern American locales with plenty of wide shots and truly makes you feel like you’re on this road trip along with the characters.

Another one of Green Book’s accomplishments is that it strikes the perfect balance between comedy and drama. It walks the line between these tones skillfully and never seems confused about its identity. There are moments that’ll touch you as well as plenty of moments that’ll have you laughing out loud. It’s a delight to watch these characters bond and grow together and ultimately make each other better people.

Green Book isn’t a deep study on race relations and doesn’t have anything particularly insightful to say on the subject. For that, there have been many other fine films this year itself. Green Book is a delightful holiday feel-good film that wins you over with its charm and leading performances. I enjoyed my time in the company of Dr Don Shirley and Tony Lip immensely and am sure you will too. Don’t miss this one.

Here's Why the Ending of The Shape of Water Doesn't Work

Paddington [2014] Review: A Sweet-Natured & Warm-Hearted Delight For All