Home»Reviews»Films This Week»Grudge [2021] Netflix Review: An Awful Remake That Suffers from Bad Performances
Films This Week/Netflix/Reviews

Only sometime before he gets promoted, Harun gets involved in a nearly fatal incident. Eventually, he uncovers a violent shock that has been propelled by a grudge. This grudge is not aimed against him but also one that threatens his other colleagues of his. This is all one can possibly tell you about the plot without spoiling it. While the mystery as a whole carries a gutting intrigue within, execution somehow succeeds in making it rather shallow, half-baked, and extremely predictable. The result is Grudge (Kin), a thriller that’s exhilarating in how awful it is.

The basic problem with the film is that it has been carried by the standard Netflix aesthetics. An even more pressing issue with these aesthetics is that they don’t consume you into their darkness. At this point, they have become emblematic of sheer mediocrity.

Related to Grudge (Kin) – If You Are Happy [2019]: ‘NYAFF’ Review – An Intriguing Existential Thriller Rooted in Reality

Somehow, Netflix and its mid or big-budget originals are desperately trying to prove their inefficiency in crafting an atmosphere that is genuinely absorbing. While it works in silly and self-reflexive films of the kind such as the French film Oxygen or even the recently released Korean show Squid Game, it doesn’t for films like Grudge. The simple reason being, these films take themselves and their central theme too seriously. From the premise itself, a silly but entertaining thriller would be right in the making.  But TV serial director Türkan Derya chooses to ruin it with nearly an arrogant sense of his own vision. The biggest disappointment is that the story would look extremely interesting on paper. Visually, with this film, it looks plain boring. 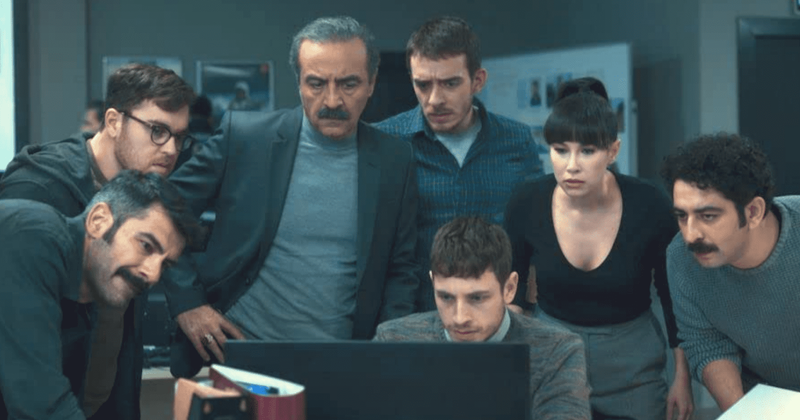 The acting performances are another minus. Yīlmaz Erdogan, an otherwise perfectly competent actor, lets down as Harun. One vital detail that makes the film’s grudge and the plot-important is the fact that Harun is a police chief. The whole fact that he is going to get promoted and gets entangled in an intriguing circumstance, with his colleagues in danger, gets a whole new edge. The biggest issue with the acting and writing is that it never capitalizes on the sensationalism of the plot. It doesn’t, even when it tries hard to introduce some kind of a sensational approach. It just goes on to show how unintelligible filmmaking is. Also, the weakest parts of the film only go on to prove how miserable the failure to cash on the vulnerable spots of the film’s overall making has been.

For one, the film’s editing is extremely choppy in places. It’s like the original intention was to create a series. But then, the producers believed that it should be a feature. And so, they butchered the exciting bits to leave a headless statue in the name of a thriller. Grudge also consists of an extremely borrowed tone throughout. When I searched it up, I found that the film is the remake of a 2015 detective thriller called Chronicles of Evil. A major plus is that this is a South Korean film, which at this point is the ultimate market of the most gripping thriller narratives. However, it takes the premise and strings it in a way that is far from artful and articulate.

Overall, Grudge is a hot mess of a film that is neither bleak nor poignant. To put things into perspective, it rather suffers from unexpectedly bad acting and bad editing. Also, its streaming-world aesthetics are no help for its storytelling.

Madres [2021] Review: A Half-baked Political Horror Film that Misses more than it Hits

The Manor [2021] Review : Barbara Hershey's lead performance is not enough to save this hurried entry into Welcome to the Blumhouse series