The one common thing about the newcomer Indian filmmakers is how they come with largely earnest intentions. Even while the films lack the required knowledge and understanding of the process, the intent of such filmmakers makes up for enough admiration for their work. KakBagodaa falls in the same category. It has this studious enthusiasm to it, of being a little showy with every other department than attaining a constant tone. But that amateurish effort also has its own charm to it, mostly because of a certain idealistic belief in cinema.

KakBagodaa is more of a social lesson. Even while it begins with a comic tone and tries to blend that with a slightly caricaturish behavior of its characters, it is rather predictable that the film is trying to preach something. With this, the message that the makers want to convey is awareness about the careful consumption of water. It tackles that with a privileged character taking mental notes in his rural voyage. And the lesson he eventually learns is from a child who probably understands more despite his innocence.

The two sides that it presents of one being an unaware, entitled foreigner to that particular place and the other being of someone born and brought up in that very land, it forms at least its bare structure pretty strong. Not that the class-understanding goes any deeper within its small duration, but the empathetic approach in the further revelation and the overall narration brings out just the right amount of emotions for this social awareness campaign. 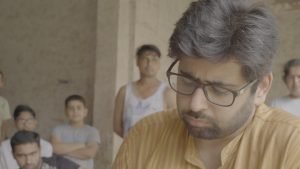 It presents the guilt of its privileged character. And on the other side, it showcases how the situation in rural areas and the decision that the residents take cannot be understood without being a part of that milieu. The little kid represents everyone who cannot move in any direction in certain situations that numbs them to their core.

Perhaps a tirelessly used-and-done trope without any inventive narration is its drawback. The acting performances are the bare minimum to suit the material. The direction feels to be inspired by the new flock of socially aware cinema with humor (especially the ones like Peepli Live that the short reminds me of). But despite such textual flaws, the film works because of something that I already mentioned – its noble intentions. Maybe films like this need to be judged while isolating them on the impact they can have on the public that they aim to target. Nonetheless, KakBagodaa ends up being an admirable attempt and yet another reminder of how we need to check our privilege more often than we imagine.

Women in a Man's World: A Close Look at Aditya Kripalani's Filmography