Aditya Kripalani, a young voice in Indian Independent cinema, debuted in film direction in 2017 with ‘Tikli and Laxmi Bomb’, the adaptation of his bestselling novel by the same name, that went on to win the Best Feature Film at the 10th Berlin independent Film Festival in and the Best Film on Gender Equality at the 20th UK Asian Film Festival in London. He followed with his second film ‘Tottaa Pataaka Item Maal’ the next year and successfully found a platform to reach the mainstream audience for both his films through Netflix. As his third film ‘Devi aur Hero’ opened at the 25th Kolkata International Film Festival in November 2019, Aditya Kripalani has made his vision quite pellucid with his filmography.

Going through both his releases on Netflix, a critical outlook required me to employ as much of a social lens as cinematic parameters a film analysis is generally subjected to. Kripalani’s outlook is essentially how a man’s overtly feminist voice would look that is unbridled in its exposition. Its biggest weakness is its biggest strength.

His first film ‘Tikli and Laxmi Bomb’ treads upon an extremely interesting idea that, in its course, successfully normalizes a tabooed profession that people exploit and disgust at, simultaneously, only to expose their hypocrisy. This film is about a group of sex workers who attempt to pull themselves out of men’s den to run themselves independently. After all, if it is their body that is exchanged in the trade, why should a group of vicious men receive the fruit of their labor.

Aditya Kripalani tries to join everything that can create a ‘sex-service’ cooperative and also talks about every danger and vulnerability such an effort will be exposed to. In the journey, he weaves an important tale that is uncomfortable to sit through as none of the elements can be denied. However, this series of events exists quite inorganically and appears to be constructed piece by piece to propel a motivated narrative rather than occurring naturally. All these factors collectively create a preaching environment that overtly teaches its viewers.

Why does it work and why it doesn’t?

It strips the audience from the joys that follow once they actively participate effort in the exercise to draw inferences and learn from the film they completed. It majorly strips them of their own sense of achievement. A preachy narrative is told from the perspective of its maker. The audience is then, available with one of the two choices only. Agree or disagree. The agreement would mean accepting the idea of the maker and disagreement would simply mean a rejection. However, when the expressions aren’t imposed and it is left on the audience to interpret and infer, a thousand people understand a film in a thousand ways.

On the other hand, this approach works for a larger pool of mainstream audiences who shy away from this exercise and better understand something when spoonfed. I personally believe this issue to be on the white side and there is nothing to oppose it. It’s not a grey area available for a debate. Hence, such a purely white issue can be given this treatment, even with its on-the-face ideas.

Kriplani’s second film turned out to be much more radical and technically sound compared to his first feature that was rough around its edges. Tottaa Pataaka Item Maal works as much to build an atmosphere of gloom than it does to vocally and visually tell the story of its characters. It is as silent as it is loud. Aditya Kripalani has made his belief clear through his films that men will only understand the plight of women when they are reciprocated with the same. This idea is open to debate and discussions. I find myself extremely uncomfortable to the same due to numerous reasons that would need a separate essay.

But if we are to consider the film in isolation, it remains controversial to senses. The women never cross a certain line and yet, the sense of discomfort it generates is nauseating. But the moment you start to feel enraged at their actions that appears to be futile and torturous, you are reminded of all the incidents you come across every day in news media, the degree of the heinousness of which put what you are watching in the film to shame. And hence, somewhere, to some extent, contrivance becomes necessary. 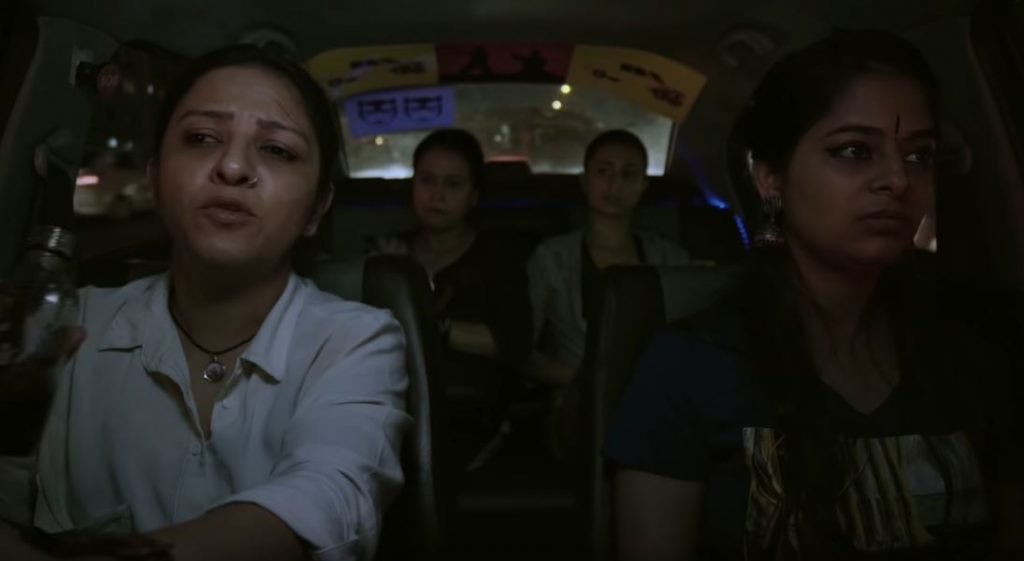 Kriplani doesn’t fail to educate through his stories and remarkably writes independent female characters that do not make you miss men at all. Apart from a voice that has a style and structure of its own, he has also given an interesting acting talent in Chitrangada Satarupa.

Even though his second feature is technically better than his first, and hence, easier to watch, I prefer his debut for its potency and innocence. And even when ‘Devi aur Hero’ is not one of the most anticipated films in my watchlist for this year, I am definitely excited for and interested in this upcoming venture.

Kakbagodaa [2019] Review: Another Aware Film based on the Perception of Privilege

Everything we know about ‘Squid Game’ Season 2