The Batman (2022) Spoiler Analysis: What is the Future of the Caped Crusader?: Over the course of the past decade we, as fans, have watched DC attempt and ultimately fail to launch its own interconnected universe akin to Marvel Studios’ MCU. Try as they may, their rushed, abundantly forced efforts to catch up to Marvel have largely been met with lackluster results. From the polarizing hodgepodge of “Batman v Superman” to the utter laughing-stock that is 2016’s “Suicide Squad”, it’s been made painfully clear that for DC to salvage its reputation, building upon their muddled foundation is not the way to go. Fortunately, in 2019 a little Oscar darling known simply as “Joker” would change the trajectory of the struggling franchise, by distancing itself as a standalone character-study evoking Martin Scorsese’s body of work. And just like that, it appears DC may have found its calling card, as Matt Reeves’ “The Batman” (2022) has also chosen to separate itself, as a dark and grimy detective noir with seemingly no connective tissue to the wider, pre-established DCEU. While the new take has been awarded plenty of early acclaim (the reviews speak for themselves), and the film certainly holds up as a singular vision, few could have expected Reeves to begin setting up future installments quite as well as he has – and there is definitely cause for celebration.

Almost instantaneously, Reeves asserts this iteration’s tone with more accuracy than any other incarnation, never requiring a single moment’s hesitation to find its footing. Where previous films have left their own unique stamp on the lore of the Bat, few, if any, have ever managed to craft a look and feel that is so distinctly Batman, quite like this most recent vision. Landing somewhere between Tim Burton’s gothic surrealism and Christopher Nolan’s grounded realism, Matt Reeves’ Gotham is the unabashedly pulpy, self-serious concoction that comes closest to the comics.

Also, Read – All Batman Movies (Including The Batman) Ranked, From Worst To Best

Incorporating elements from any and all avenues of the Dark Knight: from comic book-inspired visuals and story beats, to the animated series’ expansive reach and world-building, all the way to the brutal fighting style and fantastical grittiness of the Arkham games, the film creates a dynamic blend that almost defies a specific medium. There is truly something for any fan of the character to enjoy, and rather than these elements clashing with one another, they mesh to construct what is inarguably the most pitch-perfect representation of the world of Batman ever put to the silver screen. 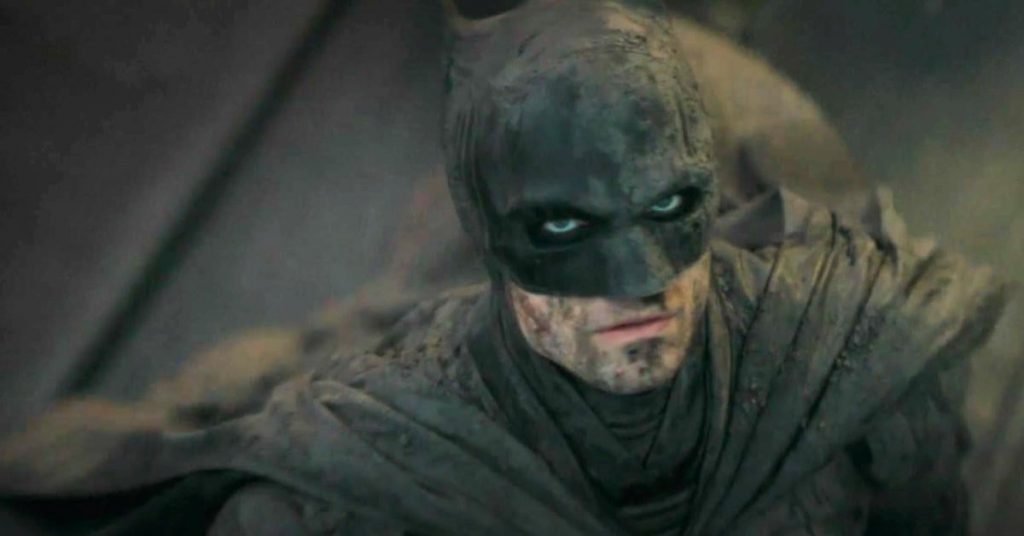 Michael Giacchino’s thunderous score, Greig Fraser’s gorgeous cinematography, the makeshift sensibility of the costumes, and especially that endlessly rain-ridden production design; everything comes together flawlessly to produce a very lived-in environment that fans can’t wait to explore further. With sequels and spin-offs eventually on their way, it’s hard not to get excited about the incredible playground Reeves has molded around his brooding vigilante.

Of course, the Caped Crusader is only as good as his rogues gallery, and thankfully, “The Batman” introduces a commendable handful to the newfound ensemble. In a far cry from the character’s previous on-screen portrayals, an unidentifiable Colin Farrell absolutely chews the scenery as the charismatic mobster, Oswald Cobblepot, better known as the Penguin. Bringing to the moody tale a level of spirited malice that makes for many of the movie’s most entertaining moments, Farrell delivers a lasting impression in only a few short scenes, ensuring his inevitable return will be highly-anticipated. But, without a doubt, it is Reeves’ transformation of the infamously goofy Riddler that has everyone talking. Gone are the campy green spandex, and what emerged from the wreckage is an eerie Zodiac-esque serial killer with a knack for puzzles.

Paul Dano disappears into the role, offering DC one of its most wickedly unpredictable villains in years. Everything about his motivations play out beautifully, from his tactical deconstruction of Gotham’s oligarchical pillars, to his delusional connection to the Bat, himself; it all unfolds with the kind of seeping chaos that makes this take on the antagonist a legitimate threat to remember. The film makes a bold choice by not killing off any of its key villains, too (sans Falcone), opening up the possibility for future appearances and even potential team-ups, where, historically, most live-action Batman foes have been utilized as one-and-done players.

Lastly, it wouldn’t be a spoiler dissection without mentioning Barry Keoghan’s surprise reveal as the Joker. While he is rightfully restricted to little more than a cameo, his version of the Clown Prince of Crime certainly seems promising. Though audiences fatigued with the smiling madman have every right to be skeptical, particularly considering the rather unorthodox casting, one must look no further than Keoghan’s sinister outings in gems such as “The Killing of a Sacred Deer”, or more recently in 2021’s “The Green Knight” to see how he’s all but born for the role.

With so much to look forward to, the titular hero needs to be one mighty anchor for this upcoming series, but it doesn’t look like that will be much of a problem. Robert Pattinson silenced haters immediately, cranking out a homerun in his return to blockbusters following his involvement in such indie hits as “Good Time” and “The Lighthouse”. The unconventional leading man thrives as the isolated avenger, exuding the peculiar awkwardness of the outsider, and managing to bring the film some of its biggest moments of levity when he isn’t busy kicking ass. The arc this young Batman undergoes throughout the course of the nearly three-hour-long runtime is also every bit as exceptional as Pattinson’s performance. 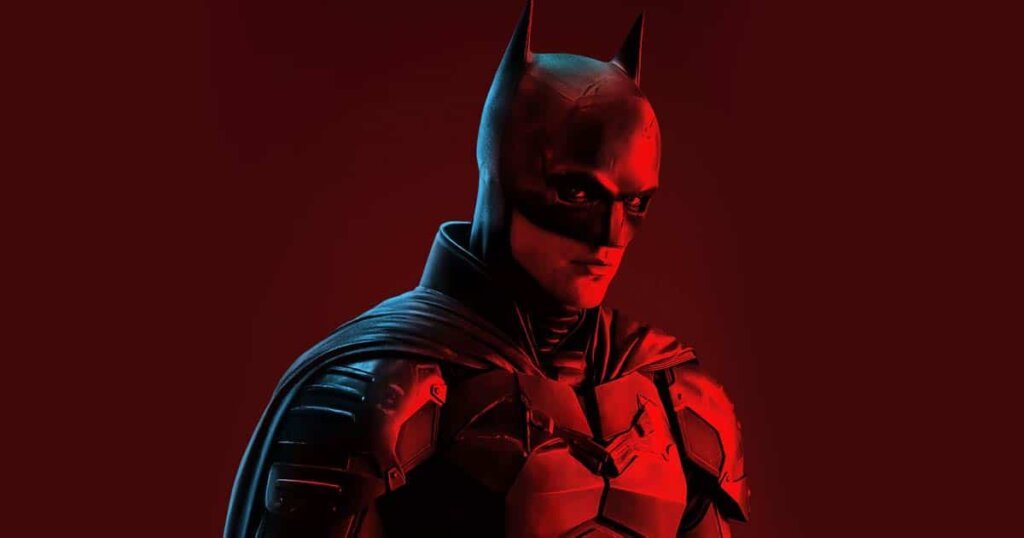 From the moment he steps out of the shadows like the Bear Jew from “Inglourious Basterds” to his nerve-racking car chase sequence with the Penguin, it is established that this Dark Knight’s mission is to strike fear into the hearts of his enemies. Upon realizing that his quest for vengeance has fueled and inspired the likes of the Riddler, however, he begins to understand that in order to see real change in his city he can’t play a part in feeding into its dreadful cycle of anguish. Deciding to channel his anger into something other than violence, Batman chooses to become the symbol of hope that Gotham needs, as captured by a brilliant overhead shot in which the gloomy punisher transcends into a beacon of courage, guiding citizens out of the darkness and into the light. What makes the arc so special is that it feels like such an organic step for the vigilante, while leaving considerable room to grow. He’s not quite the watchful protector we all know and love just yet, but the seeds have undoubtedly been planted for an engrossing evolution to commence.

Through trials and tribulations, “The Batman” does leave off on a satisfyingly uplifting ending, but there is still so much to be discovered. How deep does the corruption in Gotham go? When will we see a certain clown come into effect? Who will claim the throne of Gotham’s criminal underworld with Carmine Falcone out of the picture and the city in ruins? All these questions and more are conjured by an open-ended conclusion that wraps the narrative up soundly, while simultaneously putting into place a power struggle very reminiscent of No Man’s Land.

To the credit of Matt Reeves and crew, the film stands on its own extremely well for a movie layered in so many breadcrumbs, but there are still so many stories to tell. For the first time, maybe ever, it seems as though DC is finally boasting a coherent cinematic universe to get invested in, in the form of Reeves’ Batverse. It may be too early to say but this surely feels like something astonishing in the works. 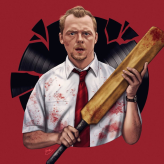 Forever Out of My League [2022] Review: A Sweet, Disjointed Film About Friendship, Love, and Terminal Disease