Five Great Films to Watch if You Loved ‘The Batman’ (2022): Matt Reeves’ “The Batman” is finally hitting theatres and it’s safe to say fans have not been disappointed. The fresh new take has been met with positive audience reaction, and it seems moviegoers everywhere are hungry for more. From the electrifying performances, to the awe-inspiring imagery, makeshift costume designs, and that earth-shattering Michael Giacchino score, the film feels like the gritty detective-style picture long-time Batman followers have been waiting to see. Though there has been plenty of speculation towards the prospect of sequels and spin-offs galore, it will likely be quite some time before we see these things materialized and hitting screens; leaving the movie’s admirers not-so-patiently waiting in the meantime. Luckily, for a film like this that happens to owe more to crime-thrillers and mysteries than to the saturated superhero genre of which it belongs, there are certainly some great flicks out there to hold you over. We will not be considering other Batman movies here, but if you were someone who appreciated the film’s grounded realism then of course you can never go wrong with Christopher Nolan’s Dark Knight trilogy. With that in mind, these are five films to seek out if you loved “The Batman”.

Do Checkout – All Batman Movies (Including The Batman) Ranked, From Worst To Best 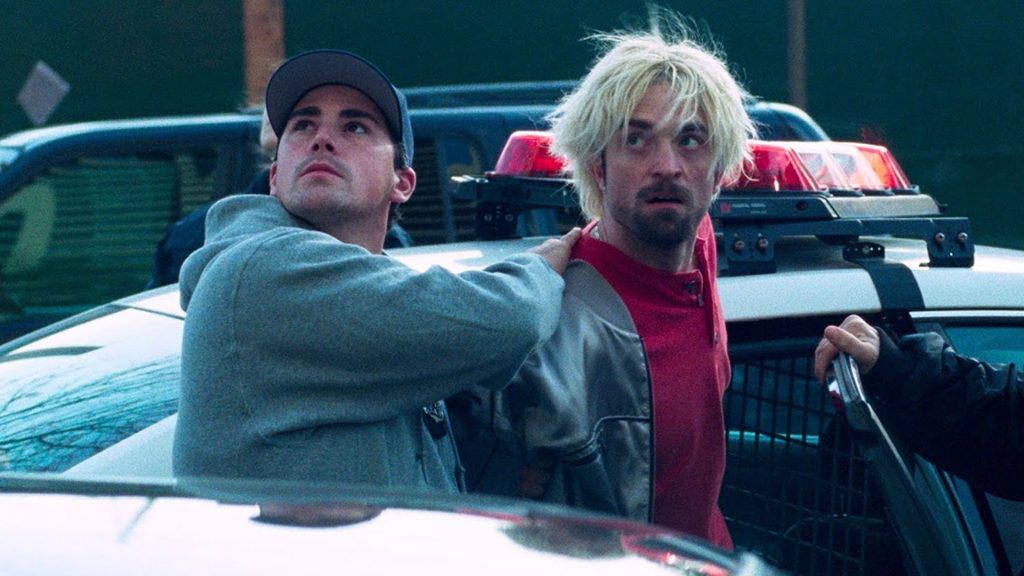 The casting of Robert Pattinson in the titular role of the Caped Crusader was understandably met with some initial skepticism and pushback from mainstream audiences. After all, he was widely known as the sparkly vampire from the “Twilight” movies – surely this guy couldn’t be taken seriously as the threatening vigilante. However, attentive viewers of the actor’s post-Twilight indie efforts predicted the impact Pattinson could have in the cape and cowl. Specifically, fans of 2017’s “Good Time”. The Safdie Bros’ critically-acclaimed hit not only helped to propel their careers as filmmakers and open eyes to Pattinson’s serious talent as a chameleon-type actor, but it is also just a damn good suspense-thriller in its own right.

Following Connie Nikas, a small-time bank robber, as he seeks to release his brother from prison, the film is an A24-produced foray through the dark and seedy underworld of New York City. Showcasing the Safdies’ knack for crafting an inescapably tense atmosphere, in this case through Pattinson’s frenetic performance and an intoxicating electronic score, the entire runtime plays out like an anxiety-inducing race against time you can’t look away from. For anyone riding high off of “The Batman” and interested in seeing its unconventional star in an equally exciting crime-drama on a much smaller budget, you definitely can’t go wrong with this late-2010s gem. 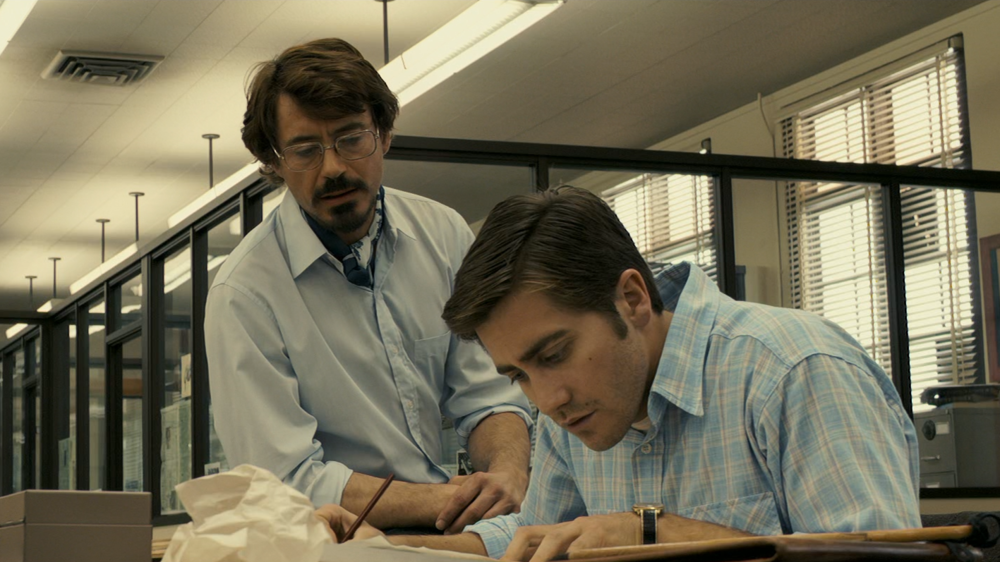 It should come as no surprise that a key inspiration in creating Paul Dano’s Riddler came from the real-life figure of the Zodiac Killer. Grounding the notoriously campy Batman villain into a legitimately unnerving threat proved no easy task for writer-director Matt Reeves. However, his clever infusion of the haunting serial killer’s persona into Dano’s puzzle-obsessed maniac was a stroke of pure genius that has evidently paid off.

From the look of the character to the way he addresses the Dark Knight through messily written letters, all the way down to Dano’s volatile temper, it’s clear that the erratic foe was heavily informed by the Zodiac. A bold take on comic book lore, but one that works, nonetheless. But, of course, for the definitive on-screen representation of the true-crime legend that is the case of the Zodiac Killer, one must look no further than David Fincher’s “Zodiac”. Recounting the horrifying events in great detail through a dialogue-heavy, yet efficiently lengthy 157 minutes, the film is a gripping tale that, much like “The Batman”, never relies on gratuitous gore to build tension.

Led by an all-star cast consisting of Jake Gyllenhaal, Mark Ruffalo, and Robert Downey Jr. (yes, all pre-MCU), Fincher’s slow-burning mystery is a fascinatingly creepy dramatization, but more importantly, it’s an insightful look into one of the most infamous unsolved cases in American history. In fact, the movie’s genius hinges upon this latter idea. Despite the inevitable conclusion – or lack thereof – Fincher keeps you glued to the screen throughout, and that is no small feat. Stream it on Netflix. 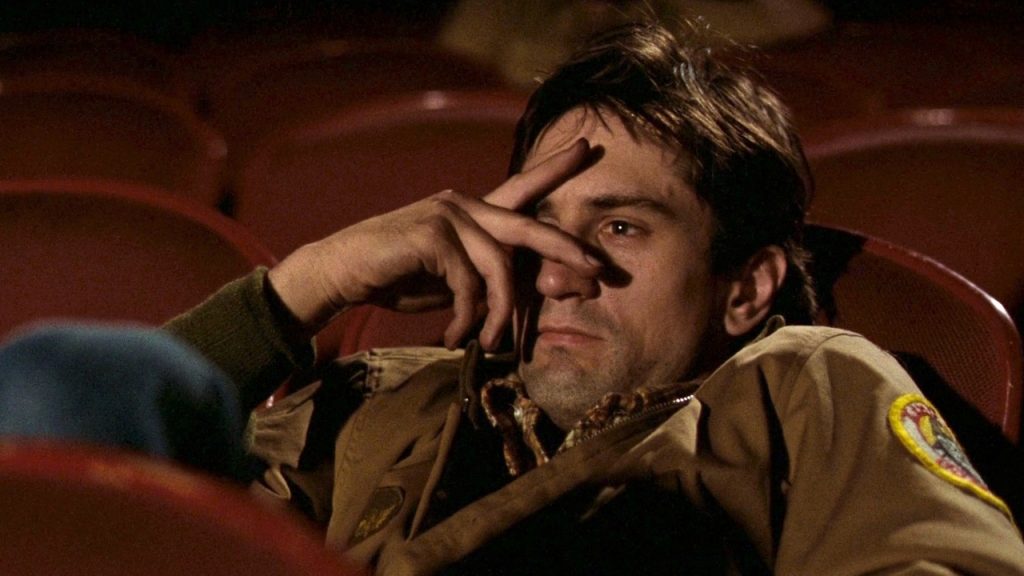 Matt Reeves’ incarnation of the Bat wastes absolutely no time differentiating itself from the pack. In its opening moments “The Batman” is narrated by the secluded crime-fighter himself (for the first time on film), and Bruce Wayne is quickly established as a more cynical loner than ever before. He rots away inside Wayne Manor, lamenting about the wretched filth his city has been reduced to, and can’t wait for nightfall to bring his own brand of cruel justice to the streets. Sound familiar? If not, you may not be familiar with Martin Scorsese’s time-tested masterwork “Taxi Driver”, in which a mentally-ill anti-hero named Travis Bickle (Robert De Niro) becomes fed up with the miserable state of his world and looks to make a difference through unrelenting violence.

Also, Read – 10 Films to Watch if you love Taxi Driver

While there are noticeable distinctions in their morality and code, there are also clear parallels between the characters of Wayne and Bickle, despite existing in tonally divergent narratives. There is even a direct homage to the ‘70s classic in the form of Batman’s grappling hooks ejecting from his suit in the same fashion as Travis Bickle’s iconic sleeve-gun. It’s a nice easter egg that pays respect to one of the movie’s major influences, while also making an important affirmation on the hero – Batman, even in a much drearier portrayal, does not kill. Comparisons aside, Scorsese’s immortal crime-thriller is also just a must-see piece of cinematic history that any fan of DC’s newest sensation is bound to enjoy from start to finish. Stream it on AppleTV. 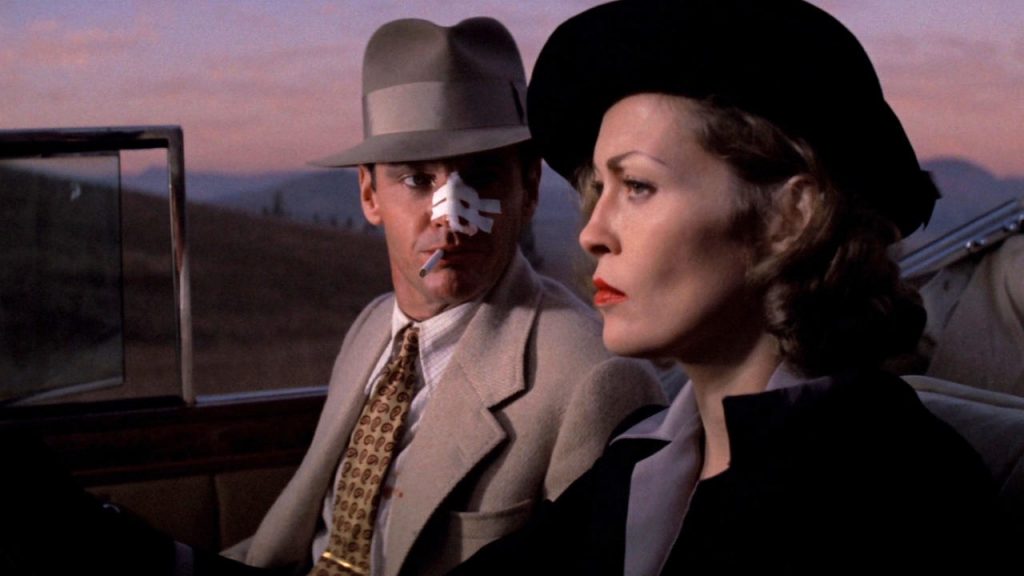 While Marvel projects, often, have chosen to merely dress themselves in the trappings of classic genre films, DC has recently found great success immersing their timeless characters in risky 1970s-esque throwbacks. Case in point, “The Batman” opting to explore Gotham City’s deep-rooted corruption through the lens of a mystery noir in the vein of Roman Polanski’s “Chinatown”. Reeves’ daring superhero epic bears a strong resemblance to the Jack Nicholson-starring crime picture, both in theme and plot; one just happens to feature Batman characters.

In many ways, Polanski’s twisty tale of deceit and deception is the quintessential noir story, and what better way to frame this interpretation of the Dark Knight than through a similar scope? Nicholson shines as private investigator Jake Gittes, who uncovers a string of lies and shady dealings in the heart of Los Angeles’ crooked oligarchy. And, though he happens to be wearing a bat costume rather than a sleek suit and fedora, Robert Pattinson’s Bruce Wayne finds himself falling down an easily comparable rabbit hole of unexposed fraud. Each film’s mystery unfolds effortlessly to very different resolutions, with unpredictable turns along the way, ensuring full captivation of the audience.

“Chinatown”, nearly fifty years later, remains a gripping, heartbreaking, and infinitely thought-provoking experience, and “The Batman” just may have a spot amongst the top thrillers of the decade – proving, if nothing else, that there is still room in Hollywood for old-fashioned crime fare. Stream it on AppleTV. 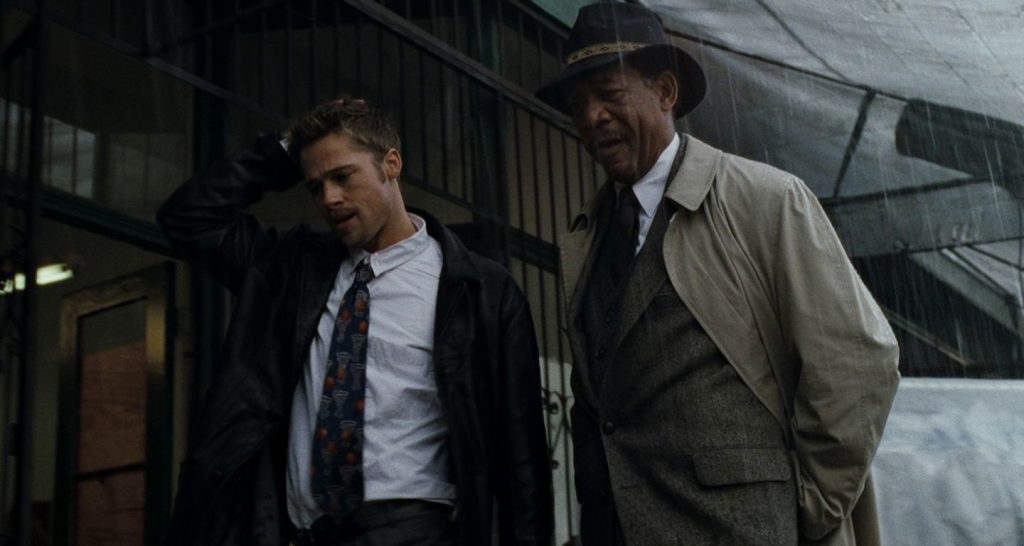 Ever since the first teaser was released all the way back in 2020, comparisons between “The Batman” and David Fincher’s “Se7en” seemed almost inevitable. While placing Batman into the center of a neo-noir serial killer flick is far from the most obvious direction to take the masked vigilante, Matt Reeves’ promise of an eerily ruthless thriller akin to the work of Fincher proved to be no bluff. Only the right directors know how to unfold compellingly vile stories like these and leave space for equally engaging character work, but that is exactly what these two films accomplish, in spades.

The veteran detective partnered with the hot-tempered rookie is far from a groundbreaking concept in the realm of mystery movies, but rarely is the dynamic perfected as well as Morgan Freeman/Brad Pitt, and Jeffrey Wright/Robert Pattinson. Each pairing is memorable for its own reasons, but it’s the small focus on things like this that help this iteration of the Bat feel vastly more impactful and tangible than previous spectacle-driven vehicles for the Caped Crusader. From the bleak and rainy atmosphere, to the enigmatic antagonist, engrossing buddy-cop relationship, and that jaw-droppingly devastating ending, chances are if you were someone who walked away impressed with the hard-boiled detective stylings of this boundary-pushing comic book endeavor, then “Se7en” may be just what you’re looking for. Stream it on Netflix.

Gold (2022) Review: The Zac Efron Starrer Does Not Strike Gold, but Comes Close