There’s no other way to put it: David Lowery is not just another indie cinema voice now. The 40-year-old American filmmaker has established his seminal skill of telling profoundly visual tales. His films don’t just comment on human nature, they also establish a larger theme to drive the impact home. Which clearly means walking the tightrope between style and substance to an extent. What makes Lowery’s work stand out is that he walks it gracefully and pulls his strings like only a true master does.

Born in Wisconsin and raised in Texas, David Lowery debuted with his first short film Lullaby at the age of 19. In fact, he made eight other short films after this including an animated documentary on his life. Recently, he has made one for the Cannes-selected anthology ‘The Year of the Everlasting Storm’. He went on to direct his first debut feature film St. Nick (2009), which went to festivals like SXSW but got largely unnoticed. He finally made his original breakthrough with the Sundance romance Ain’t Them Bodies Saints in 2013. Lowery isn’t the kind of filmmaker who offers you a specific style or a signature of work. And yet, the feeling of being left out and going anti-establishment informs all his films. His work is often personal for me, and his work has often tended to shift something inside me.

In this piece, we have ranked every film David Lowery has directed. The list doesn’t include any of his short films and his widely unavailable debut St. Nick. 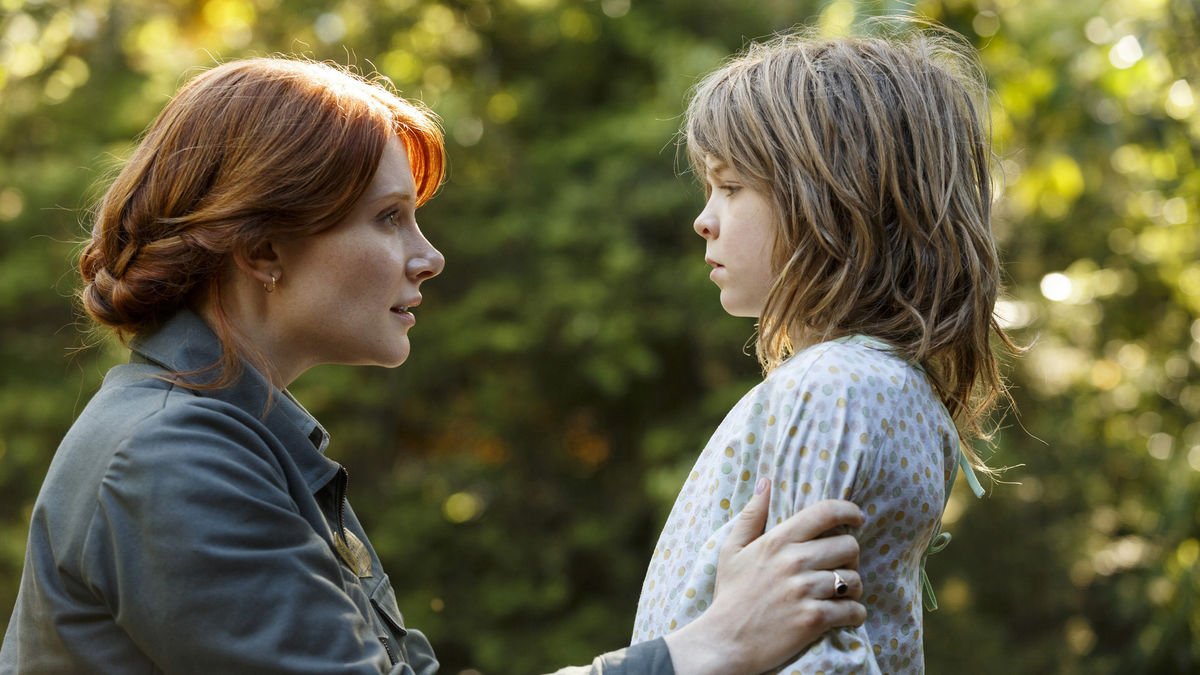 An unfaithful remake of a 1977 Disney musical of the same name, Pete’s Dragon is a heartwarming eco-fable about a boy’s warm relationship with an animated, huge dragon. The source material was a weirdly made film that has aged terribly. That was a poorly conceived story with no real acting to speak of. What it did have though was potential and heart. And that’s exactly what Disney wanted Lowery to exploit in his reboot.

To be fair, David is fairly successful in establishing warmth and sincerity amid the standard Disney live-action aesthetic. The leading performance by the kid Oakes Fegley is incredibly cute. It certainly isn’t made of the cynically manipulative ingredients that we’re tired of consuming. However, and there’s no polite way to put it, the film just doesn’t feel like him. It’s sweet, sincere, and commercial, but too simplistic. What the film could have used is the astute visual language of David in order to craft a sensible narrative about children. What it turns out is a formulaic, generic heart-warmer sticking to conventional entertainment.

But even at its weakest, the film has such a basic niceness to it that you can’t help but smile in places. David’s filmmaking skill feels compromised in instances. It even feels stretched and the human drama is too feeble when compared to the lush wilderness. However, even with mediocrity, there are a few compelling moments that shine through. The fact that Mr. Meacham tells the story of the dragon to the kids comes from a personal encounter with the beast, which is reassuring because an incompetent film would have played it out as a coincidence. The chemistry between Natalie and Pete is refreshing because it doesn’t feel like useless kiddie banter. We aren’t allowed to feel a genuine emotion towards Pete and Elliott’s pure friendship until the two are separated. These are wise decisions taken in a film that could have been wiser. 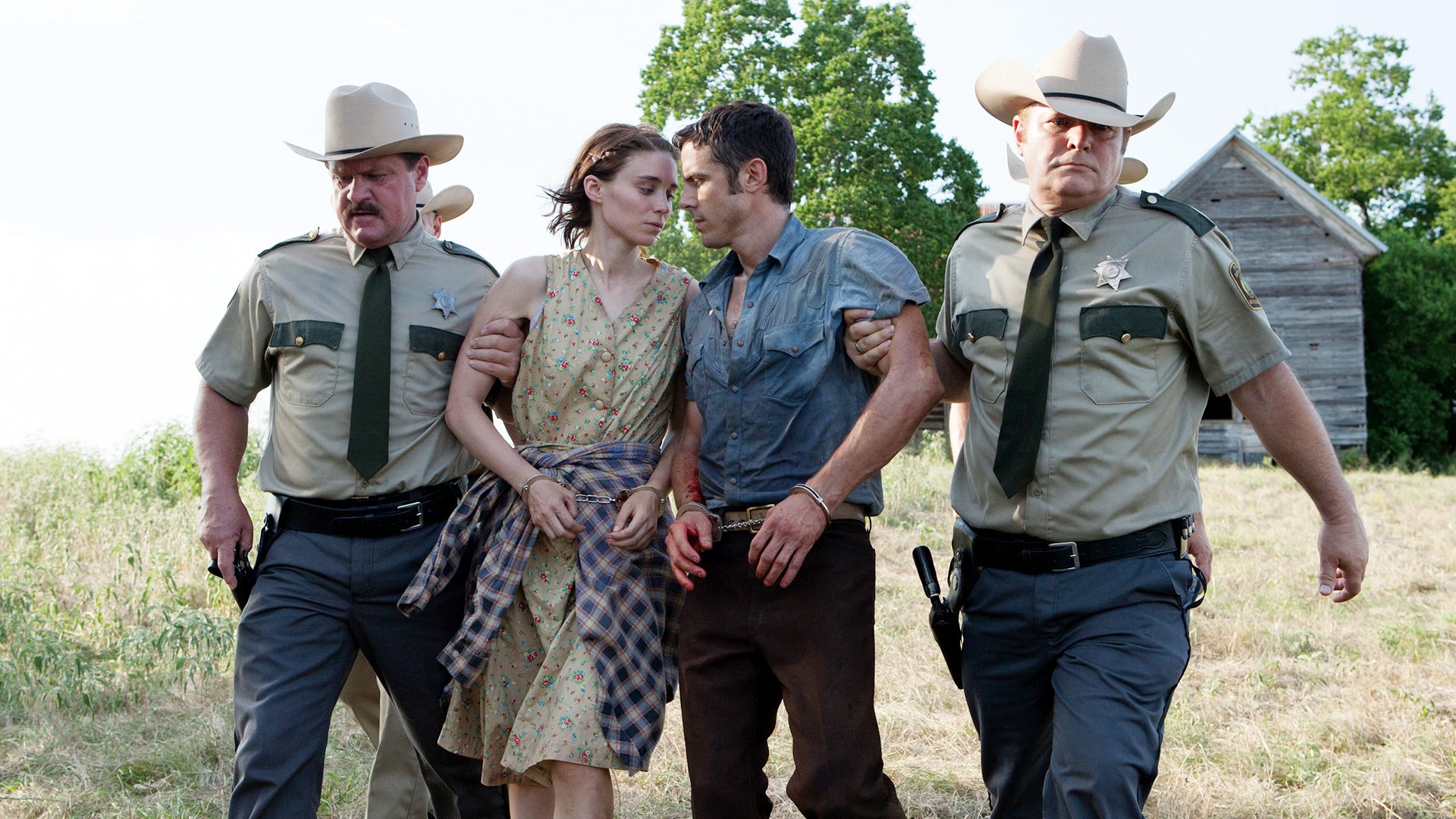 Although David Lowery had already made his debut film a few years ago, Ain’t Them Bodies Saints would always be his original breakthrough. The Sundance indie takes an otherwise familiar romantic thriller but turns it into something extremely poignant and vulnerable. Mr. Lowery clearly takes an old page from a melodramatic love poem that reeks of incoherence. And yet, you feel loved when you witness these beats landing beautifully with the Terrence Malick-esque visuals.

The plot is quite a simple twist on what we’ve already seen. Bob and Ruth are not just two impassioned lovers. They are fierce outlaws who don’t fear the sound of blazing guns. However, a shootout in the Texas hills leads to their apprehension. Eventually, Bob gets arrested by taking the blame for the wounding of a cop, which was actually done by Ruth. Ruth, who happened to be pregnant all that time, gives birth to a daughter. The rest of the film picks up from Bob’s escape after a four-year term in jail to reunite with his wife and daughter.

Casey Affleck takes the material and pulls off a brutally unhinged performance. And yet, when he’s sharing the frame with Rooney Mara, we see a delicate, somber, and overall charming hero going the wrong way. It’s baffling how their romanticized world of love, crime, and innocence results in the film becoming some kind of horror. Ain’t Them Bodies Saints is the kind of film which leaves you with a feeling of deception but in a very good manner. It’s likely that you’re not going to remember what you experienced. However, given the chance, the film is bound to grow on you like a plant that somehow survives without the roots.

As with American thrillers like this, the film loses fizz in the last act. We get a Rami Malek cameo which is slightly absorbing but on the whole, it just feels boring and pointless. Initially, I felt that the love triangle is just too oddly fitted with the mystical aura the film wears. However, it constructs a horrifying but powerful climax for the multi-layered romance. It’s a film that deceived you to look into a man’s desperate attempts to live his life with his family. Ultimately, it becomes a moving tale about a mother who must move off her dangerous past and prioritize her stability for the future. 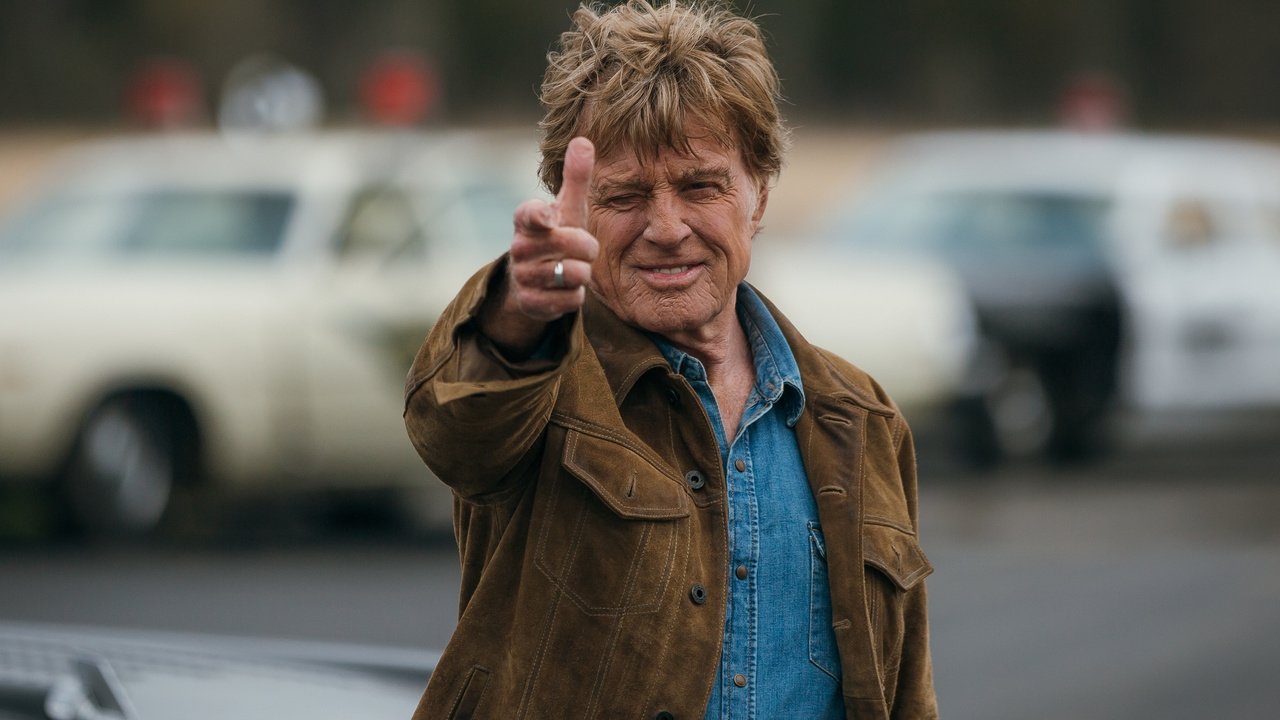 David Lowery’s delightful crime caper about Forrest Tucker proved why he’s one of the very best in the business. Starring Robert Redford in one of his most charismatic roles as a charming old bank bandit, the film stands out for being provocative and entertaining at the same time. Despite a breakneck running length, you are compelled to just sit up and notice the tremendous acting talent.

Forrest Tucker was one of the most notorious criminals of America. His story is a bleak one, replete with smiling psychopathy. Reported to have escaped from prison thirty times in a row, his story is a cynical one on poverty and beyond. However, David Lowery waters down the story and makes it energetic, delightfully fresh, and injects a compelling entertainment value to it. The extraordinary performance of a retiring Robert Redford only sprinkles golden waters on the film’s charisma.

Of course, we have the godliness of Redford. However, the control and quiet of Casey Affleck as John Hunt deserves plaudits. Sissy Spacek is remarkable as Tucker’s fictional girlfriend Jewel. There’s an astute focus on cinematography and production design so the eighties are successfully recreated. However, technicalities are not the only aspects to which the eighties are paid homage with. Lowery uses his attention and commitment towards the screenplay for constructing clever subversions to eighties thrillers, such as romantic meet-cutes and deceptive chases. We even get a confrontation scene in which both John and Tucker very calmly outnumber the wits of each other. And the scene takes place at a restaurant’s washroom!

The film is made up of such magical ingredients which do nothing but simply work. One particular magic is the scene in which Elisabeth Moss has played a vital cameo. It was special on one level because I wasn’t aware of it. On the other hand, we see a portrait of grief that goes beyond sultry dark humor and morphs into a real emotional rhythm. Groundbreaking things happen with effortless ease. While the last act stumbles a lot, we must give it to David and Robert’s genius for constructing a super charming hero who is sharp and smart, just like the film he stars in.

Watch The Old Man and the Gun on Prime Video 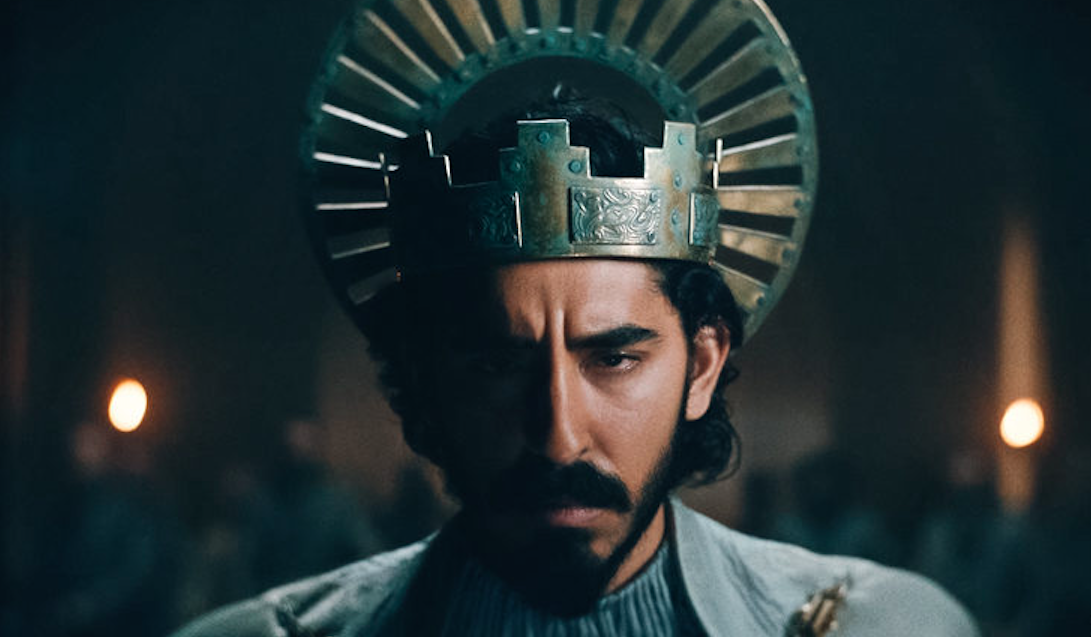 Based on the anonymously written ballad of Sir Gawain and his first heroic encounter, The Green Knight is a chivalric masterpiece. David Lowery takes a fantastic fantasy coated with subtexts and sound with satires on masculine heroism. Interestingly enough, the result is a masterfully ornate environmental fable serving as a unique coming-of-age allegory. Other than being an eco-fable, it also makes for a powerful case study on medieval heroism and its pointless masculinity. The film exquisitely uses witchcraft and magic-realism to produce a starkly painted feminist fantasy. However, it isn’t ‘The Favourite‘ or any other film about royalty folklores. It honestly keeps itself aside in the end, only to meditate on the realism of the entire situation Gawain put himself in. We even get a very small post-credit scene which is extremely thought-provoking.

The most breathtakingly shot film of the year so far, The Green Knight is so mesmerizingly performed that each performance is in perfect harmony with the other.

The magnificent emerald-colored Green Knight is an incredible standout. Ralph Ineson plays an essentially animated creature with baffling flamboyance. My favorite touch was how Alicia Vikander is perfectly suited in two distinct roles. The mesmerizing actress plays both Gawain’s lover Essell and a lady of a castle. While both come from opposite walks of life, they’re united in the sense that they shake something inside Gawain by weaponizing love and lust. Sarita Choudhury and Kate Dickie shine perfectly in smartly written figures of undermined authority. Above everything, it is Dev Patel who mesmerizes with his profound transformation from a playful boy to a tired man. I also loved how subtly the film highlights its two maddening Christmas events over the course of a year. Overall, The Green Knight is a pitch-perfect revisionist adaptation of a medieval poem.

Related to David Lowery Movies – The Green Knight (2021) Review: The Cyclical Battle Between Rot And Growth 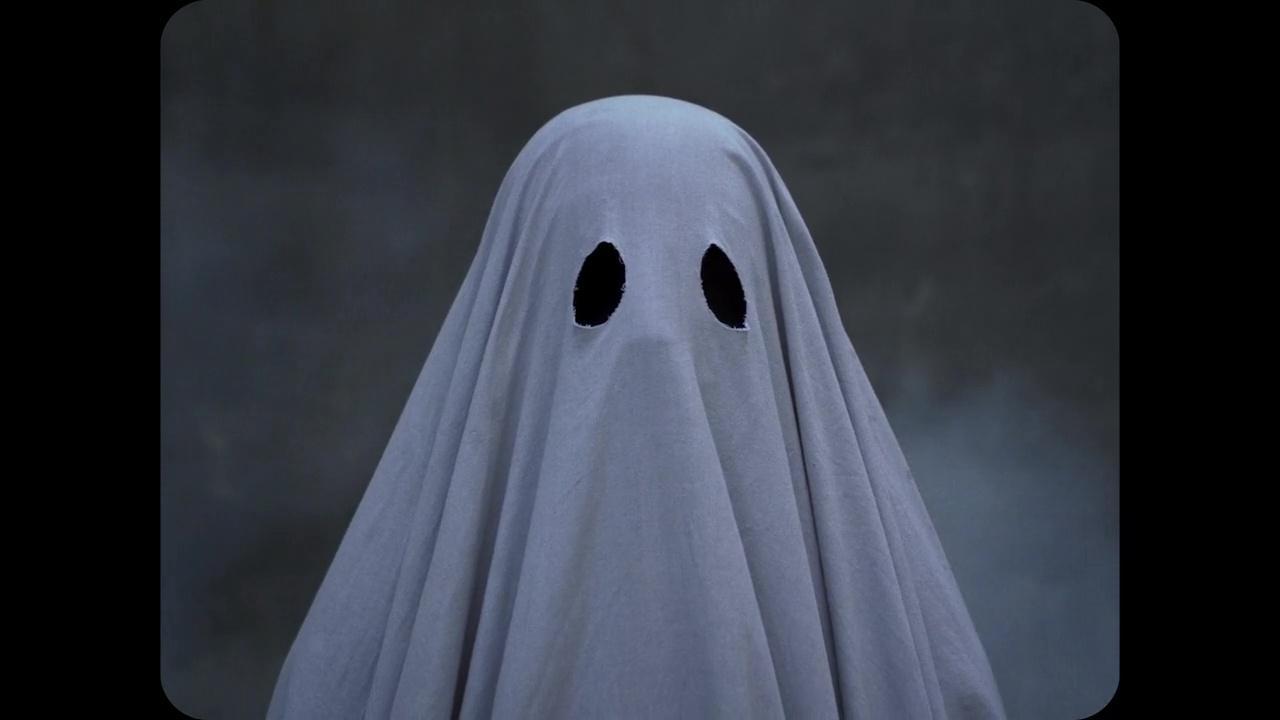 A Ghost Story, for me, is a deeply personal film. It’s one of the greatest existential movies ever made. David Lowery’s seminal third feature chooses to wear the soul of a beautifully articulated analogy on its sleaves. With A Ghost Story, the filmmakers enable the ghosts to walk down the aisle, as they get captured on the camera. This might sound like a gimmick but when I say that it’s the kind of slow-moving film that propels your ugliest dreams to arrive just on time, I’m not joking the slightest. It has a poetic touch of sublimeness that leaves you with a lot to process.

Now, let’s just put things into perspective. The film chronicles a man who returns to his suburban home, only as a ghost after his accident. As he witnesses his bereft wife, he realizes that he is stuck in one place but free from the grips of time. Thus starts an eternal journey of elements slipping away one after the other, be it his love or the cyclical progress of humanity. A film so unearthly yet too earthbound, A Ghost Story is the one David Lowery film you mustn’t miss.

The simplest reason I can afford to propagate is that it veils simple humanity under a deceptive white sheet. It’s a film that very much simplifies why the past isn’t a physical entity. It’s a masterclass at myth-making. The myth in itself extends its horizons beyond the materialism of humans. At the same time, it is observant enough to let us see through the flow of human life, and various tendencies of our own. It never satirizes the fact that existentially, it all becomes passive when we’re done with our lifespan in this world. A Ghost Story is as enchanting and perfect as ghost-tales get. And yet, it’s inexplicable alchemy. The kind that I can’t explain, to the point that I hold to it in respect and intimacy both.

The Best DC Films of the 21st Century