Home»OTT»Netflix»Autumn Girl [2022] ‘Netflix’ Review: An impressive biopic that is entertaining and interrogative
Netflix/OTT/Reviews

The new Netflix release, ‘Autumn Girl’ is a Polish film directed by Katarzyna Klimkiewicz. Releasing it on the occasion of women’s day doesn’t seem like a coincidence since the subject matter focuses on the inherent gender-related biases through the portrait of a popular personality. The biopic, based on the Polish film and music icon Kalina Jedrusik, is a largely entertaining film where entertainment does not seem like a tool used for being a crowd-pleaser. The fascinating film reflects the vibrant life of the female icon with bright and vibrant colours.

Despite it being a biopic of a real-life personality, Autumn Girl is reminiscent of the 1961 Godard film A Woman Is a Woman. While the new film works more like a biting satire calling out gender biases, it looks and feels similar to the aforementioned French film. The striking visual similarity is with the colour palette, which takes on the popping yellows and blues and pinks and carefully places them in its tableau. The musical tracks keep popping up out of nowhere while being cleverly infused with the otherwise conversational tone. There is a harmony achieved that makes the film a seamless experience without making these changes break the flow of the narration.

The Polish film takes the stylistic inspirations and makes them its own. The colourful word along with the textures of the costume and the sets establish a tone that makes a distinction from a naturalistic depiction. Their artificiality does not take away the personal tone of its script but elevates its intent with its creative wings. The other aesthetic decisions are backed by a purpose for their inclusion. The convincing harmony is not just melodically joyous and sonically impressive. It is also reflective of the mental state of its protagonist. 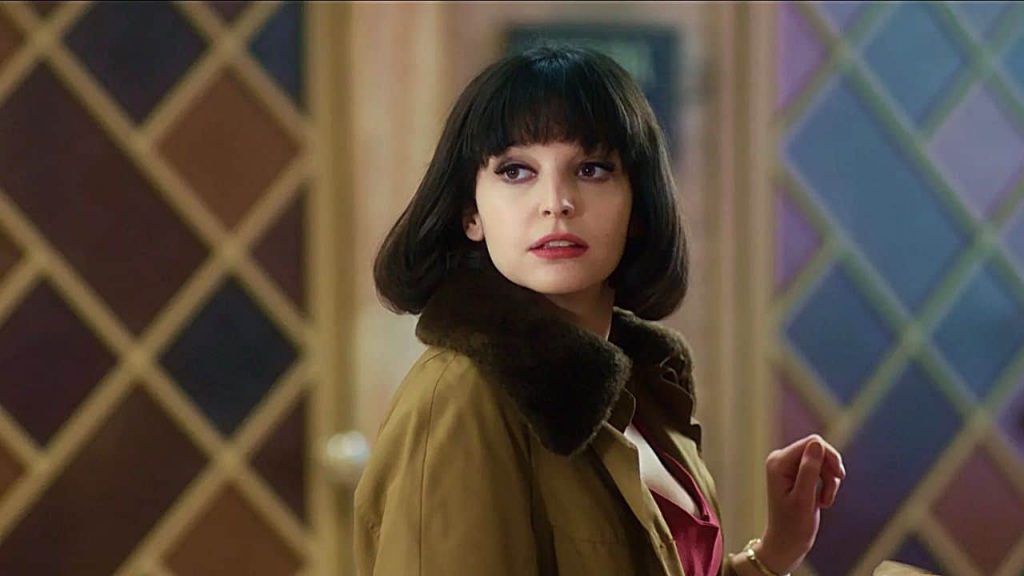 While conveying the dizzying effect after a stage performance, the creators show the character coming down circular stairs in such a way that makes the psychological spiral apparent but not force-fed. In another situation from the film, people around the protagonist suddenly start dancing to a melody while the camera hovers over them. The seem looks almost like her demons surrounding her, enveloping her life. Their synchronised motion makes the emotional depiction apparent and appealing without the need to spell it out. Using such visual tools is truly a sign of an artist and kudos to the makers who came up with such ways to navigate the emotional journey of the characters.

The stylistic devices do not seem shallow due to a clear intent behind the happenings throughout the film. The situations, as aforementioned, convey the emotional core of a character in certain circumstances. Besides that, the song and dance sequences serve a purpose to demonstrate the complexity of the singer’s real life. They occur in situations that appear to be the motivations for her to write what she did and to sing or perform the way she did. Even if they are stagings of similar instances from her life that serve as representations rather than truthful occurrences, they become an integral part of an affecting portrayal of the icon.

Despite belonging to the biopic genre, Autumn Girl does not fall into a pattern of soulless retelling like a collection of Wikipedia entries. It makes the singer’s case prominent by picking out the situations that suitably describe her persona. The film gives insights about the real person while making its case against the gender dichotomy, loud and clear. The approach with dialogues is quite direct, which suits the tonality that the film sets for itself. It introduces characters and builds their arcs to effectively illustrate what it was to be living as an icon and as a woman in that era. While a male writer is free to speak as he pleases and not bear the consequences, a female actor is criticised for merely standing for what she deserves. By putting such contrasting situations, it rightfully calls out the biases that sadly, still prevail in the world.

And with a strong backing of both content and form, Autumn Girl becomes even better because of Maria Debska’s central performance. While being as charismatic as the person she depicts, her acting brings out different aspects of her personality in a convincing manner. Kalina’s strong-willed persona becomes tenfold effective due to Maria’s assured performance that balances the sensibility with the required fervour. She becomes another addition to the admirable aspects of the film. Autumn Girl becomes not just entertaining but highly evocative due to the amount of talent and creativity it nurtures.

The Bombardment [2022] Netflix Review: Smart and balanced look at an obscure calamity