Nikodem “Nikos” Skotarczak, one of the most notorious gangsters in Poland’s history is the subject of Maciej Kawulski’s new Netflix film. Haven’t heard of Kawulski’s work? Of course, you have – 365 Days. Now if 365 Days was a rather cocky spin-off from the 50 Shades of Grey franchise, then wait till you brave How I Fell in Love with a Gangster (Jak pokochalam gangstera) – galloping ahead for a three-hour runtime – and very much reminiscent of Goodfellas and Casino films. Reminiscent or wannabe? I don’t know which word suits better. But Kawulski’s indulgence is so palpable and heavy here- as if shedding a light on an entire generational history- the one word I know that suits it best is a disappointment.

Kawulski’s film swiftly moves from frame to frame, intercuts past and present, and takes multiple dramatic turns to tell the rise and fall of his gangster-hero, played by Tomasz Wlosok in a lead performance that falls flat from the get-go. The film earns its title when a mysterious woman turns up to recount the story to a young journalist. (Don’t ask why – better that way.) So, at crucial points – and as Kawulski suggests through the rambling runtime, there are many such points, the voiceover explains the ways in which Nikos found his footing in this world. That sets up for revelations that are spitted out but rarely land in the right place- the incongruity in the performances showing through.

Related to How I Fell in Love with a Gangster – THE GANGSTER’S DAUGHTER [2017]: NYAFF REVIEW

Young Nikos is brought up by strict parents who wouldn’t even let him use his left hand to write. He breaks out of that place and earns quick cash, and sure enough, catches the eye of the local wingman. Cut to grown-up Nikos surviving the Goodfellas-way, quickly becoming the most revered down the street. He swiftly emerges as the best in the business of making easy money by exchanging currency. On the way, he marries and has a kid- more than once. If you are wondering why this quick succession of eventful lines altogether – is exactly how Kawulski presents Nikos’ journey. Everything Nikos touches turns out to be gold: he is the one to root for in business deals and there’s no one like him on the dance floor too! 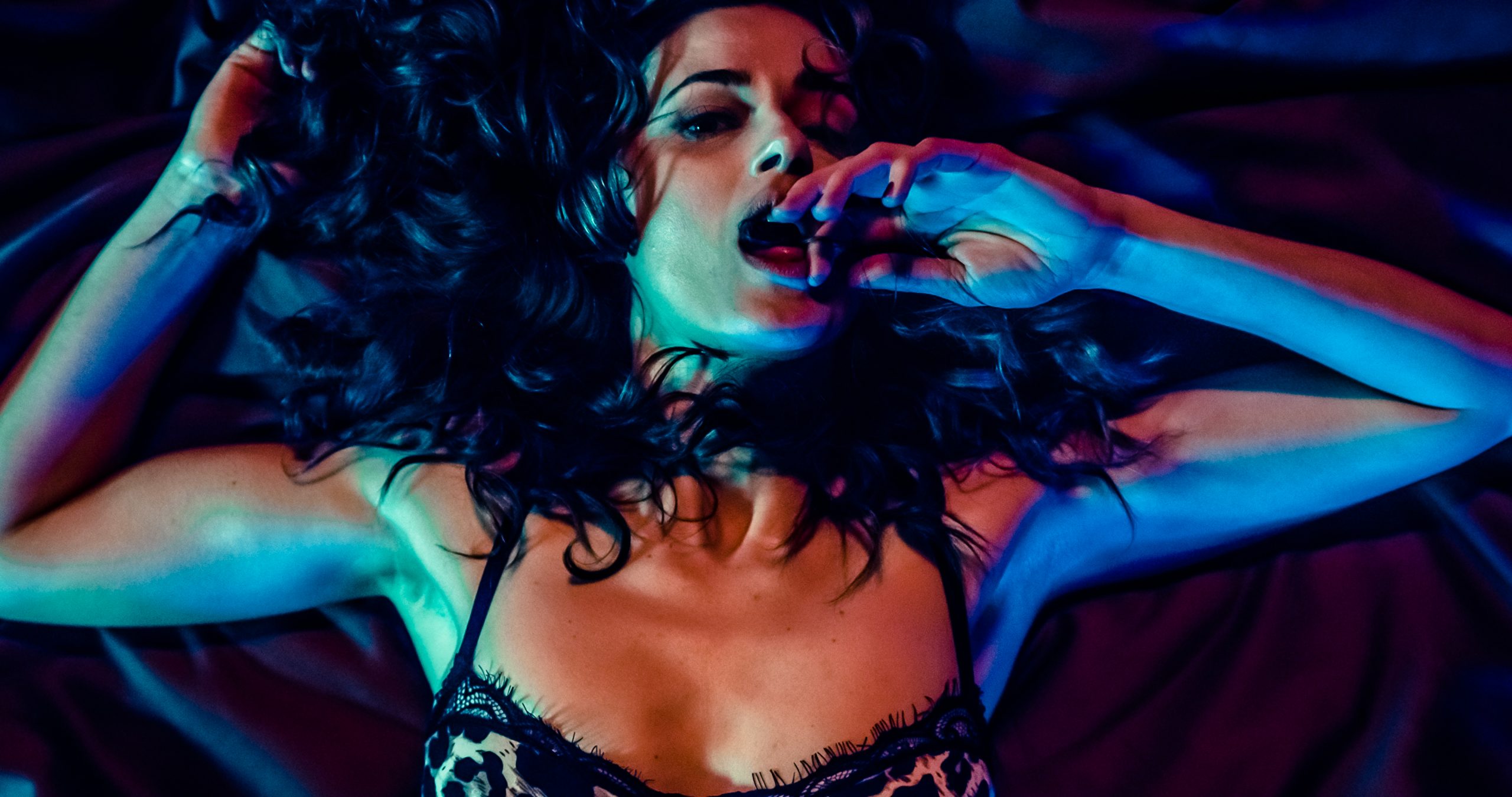 Even when so much is packed into Nikos’ journey from shy kid to stylish gangster, nothing registers. Everything happens, in How in fell in Love with a Gangster, as it must happen. Easily. He suavely appears down the pavement and there are guys waiting to be working with him. Currency exchanges take place as if they are as easy and quick as it gets. Kawulski, who co-wrote the film with Krzysztof Gureczny, circles the turbulent, decades-long saga with style, and little substance. Bartek Cierlica infuses many scenes with carefully constructed angles, and they are a delight to watch. Nevertheless, the inconsistent visual approach, filled with neon-soaked colors barely lifts up the world of these infamous gangsters. Instead, it attempts to smoothen out the littlest of motivations within its sweep. The supporting actors barely stand out, even Antoni Królikowski as Komo and Agnieszka Grochowska as Milena, feel like a one-note character cut out to serve the male lead.

But the most bizarre element has to be the background score by Aleksander Milwiw-Baron, Grzech Piotrowski, and Mateusz Schmidt. Early on there’s a Kishore Kumar song in the background score that pops out of nowhere which left me bewildered – is there a connection I am missing? Was Kishore Kumar’s Ae Oo Aa Zara Mudke a hit in Poland? For more, there is also Mere Gurudev by Krishma Das, in Gdansk – Wrzeszcz of 1970s.

“I want to live like a tiger, not a turtle,” Nikos says, his motivations swinging between money and women. Forever hustling, Kawulski suggests that his hero was too contained in his own world of instant gratification to settle for anything less. The same can be said for Kawulski’s film as well, so immersed in its own saga of wannabe-Goodfellas, it tests the patience of the audience with its three hours of runtime. By the final act, one is too tired of all the cars and money and incessant chase to barely register the revelation. Its hero might aspire and very well become a tiger but he is slowed down by a turtle of a film.

Brazen [2022] Netflix Review: A Disaster Fest that Never Amounts to Anything