With Marvel’s What If…? series gaining popularity, many of us have thought of alternate fates for our beloved superheroes. Brightburn (2019) did that a couple of years ago with the DC heroes. An eeyorish edition of the Superman mythos, the premise of the show has incredible promise. What if Superman broke bad? What if evil ensued in him when he realized his own powers? What if instead of liking the world he grew up in and wanting to protect it, he wanted to take it over? Brightburn puts forth the version of Superman that Batman feared he was in Dawn of Justice. Although the lack of imagination on the creators part took away the promise of the plot, the story stays with you.

The plot sounds very familiar. A childless couple on a rural farm in Kansas finds a newborn who crash-landed in their backyard, in a spaceship. They take him in and name him Brandon and find their life complete for almost a decade. But then the child starts showing some unearthly abilities and after a series of incredibly perturbing behavior showing his penchant for being evil, they see this kid turn into a full-on supervillain.

Related Read to Brightburn (2019) : Avenger’s Endgame And MCU: A Box Office History In The Making

Brightburn explores the concept of Superman’s humanity, by creating a character like him but making him choose an alternate fate. Brandon, like Clark or Kal El, is the most invincible being on earth. A god among humans. He has super speed, super strength, can hear everything and shoot lasers from his eyes. Superman was humanized by depicting him as a character who could restrain himself, time and again, from killing. Even if it is someone who’s killed many. Brandon or Brightburn, the name he gives himself, on the other hand, doesn’t. Superman in many ways was the pinnacle of humanity. Putting himself on the line for others repeatedly. Not because he knew he could endure whatever it was but because he thought that to be the right thing to do.

Brandon becomes the antithesis of Superman for this very reason. Superman isn’t just a representation of unprecedented power but also of humanity. He realizes the power he has been bestowed on and the responsibility that comes with it. He uses it to help others and repents when he is unable to save them. In fact, his not being able to help everyone is what causes him the most pain and also keeps him grounded despite being hailed as a god. Brandon on the other hand uses his power to serve himself. To get back at people who do not heed to his every wish. While Clark focuses on the responsibilities of his powers, Brandon emphasis on him being the chosen one to have those powers. 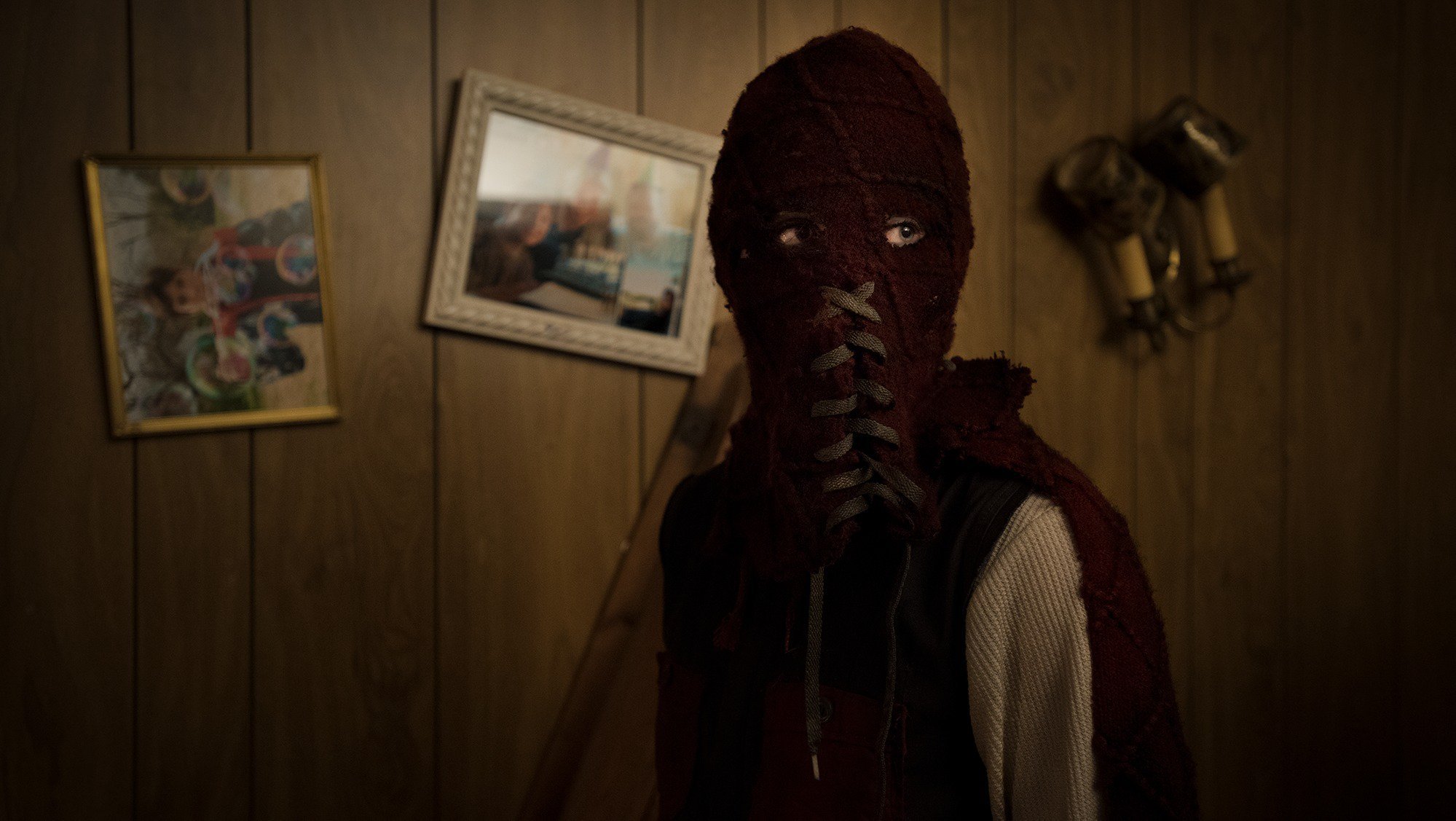 We witness the shift in Brandon, from a normal 11-year-old kid to one of the most frightening people around. He gets picked on at school for being smart and for his skinny frame. But as he knows he is smarter and more powerful than any of them, his expanding superiority complex leads him to become the judge, jury and the executioner, a route Superman, in his numerous iterations, never did. Brandon in some senses becomes the surrogate for Lex Luthor. Lex Luthor, the ultimate Superman nemesis, represented the worst of humanity. He had the ability to save the world in more ways than one, but roots himself in haughtiness and spends away his time feeding his ego, at the cost of others. Which made him the perfect adversary for Superman. And Brandon goes down the same path, with much more disastrous results.

The film also incorporates a bit of the nature versus nurture debate. It shows how despite being adored and cherished by loved ones, Brandon’s predatory instincts ensue in him an inner conflict. With no real friends and increasing recognition of his latent, extraterrestrial power, he starts to act on his violent calling. While the Superman story presupposes that a loving upbringing can outweigh a child’s innate nature, Brightburn posits, and a bit vacantly, that it cannot.

Brandon’s parents were his only link to humanity, and we see him wanting and working for their approval. Despite his violent acts, he admits to wanting to be good, for them. It is only after feeling betrayed by his parents that we see him completely give in to his genetically ingrained predatory instinct. Reach the point past return. Although a part the movie majorly misses out on and becomes a wasted opportunity, the potential of the conflict is a rich one, albeit unexplored. Before the ship started speaking to Brandon, he was a fairly decent kid. But once that begins we see him give in pretty easily. The potential of showing the inner conflict and why evil wins over the good is neither explored nor explained. It is assumed to win because it is otherworldly, making you as an audience unable to root for this character. Brandon shows no redeeming traits. While the story toys a bit with his violence being righteous, that angle is forgotten soon enough as well.

Though the movie gives no backstory to Brandon, neither telling us where he came from or why he came to earth, the alien calling he receives suggests that he was sent as a one-man invasion to earth, to Take The World. A sequence where Brandon talks about the difference between wasps and bees, stating that “… wasps are more aggressive, more dangerous. One species […] called the brood parasite, [have] lost the ability to make nests, [and] use brute force to make other wasp species raise their young.” hints that this seems to be the case with Brandon. But with no real insight into his backstory or his motivations for world domination, he becomes more of a foot soldier carrying out his orders than a character you could invest in. while Superman was sent to earth to protect his species, Brandon is hinted to be sent to rule over them.

Related Read to Brightburn (2019) : All Spider-Man Movies Ranked From Worst to Best

While movies, in general, being hard-pressed for time don’t go for slow boiling mysteries, the narrative build-up of Brightburn feels rushed and blunt, disallowing you to either relate to or invest in most of the characters. Superman garnered the loyalty and love it did because of the time put in his story, over decades, in hundreds of comics and tens of movies. Superman is not loved just because of his superpowers but because of the realization that even if he weren’t superman, he would still rush in to help those who needed it without fear of consequences. That Clark Kent was the driving force behind Superman, dictating how he acts. As Brandon misses this element, his character at the last reserved a deep exploration of his choices, which I believe he did not receive. Even if he is the antagonist, the anti-hero, his story needs proper telling to establish him as the Superman antithesis in a truer sense.

The mid-credit scene of Brightburn shows alternate versions of Aquaman and Wonder Woman, who capsized ships and choked people with ropes, hinting at the existence of alternate versions of maybe the entire Justice League and the horror they would be capable of unleashing together. While that idea sounds incredibly promising, its delivery remains a question mark again, given the lapses in the creation of Brightburn. Superhero stories have always had the robust potential for exploring philosophical quandaries. They are much more than just action sequences but also hard-hitting thoughts. Through them, we are able to ask ourselves questions that aren’t easy to answer.