A massive improvement over its heavily truncated theatrical cut, Zack Snyder's Justice League is one of the best revamps anyone could've asked for as it turns an almost unwatchable atrocity into one of the most audacious & visually arresting examples of its kind. A fitting farewell to Snyder’s stint with DC Extended Universe, this definitive cut of Justice League also serves as his thank-you note to all the fans whose unwavering support & relentless campaign over last few years willed it into existence.

The expectation-defying & record-breaking success of The Avengers back in 2012 triggered a tectonic shift in the Hollywood industry and marked the beginning of a new era for the superhero film genre. Marvel Studios’ crossover feature didn’t just validate the Marvel Cinematic Universe and handsomely reward the gamble that the studio took with their shared universe concept but it single-handedly changed the way comic-book films would be made from thereafter. Every major film studio went back to the drawing board to design their own cinematic universe with the hopes of replicating Marvel-like success yet none of them took the time to figure out what the identity of their cinematic universes would be.

Once MCU had its foothold in the pop culture, all eyes turned to the other giant of comic-book storytelling, for DC Comics was considered the only worthy opponent that could not just challenge Marvel with their own cinematic universe but could possibly defeat them as well. What followed next was the reboot of Superman turning into the first installment of DC Extended Universe when the film never was intended as one. Another problem with the film was that it didn’t have strong enough structural foundations in place for subsequent sequels to stand upon. Zack Snyder nonetheless did come up with an idea that probably would’ve made it work. But it was too bold, grand & ambitious. And even though it would’ve set DCEU apart from MCU with a unique identity of its own, the studio heads deemed it too risky. 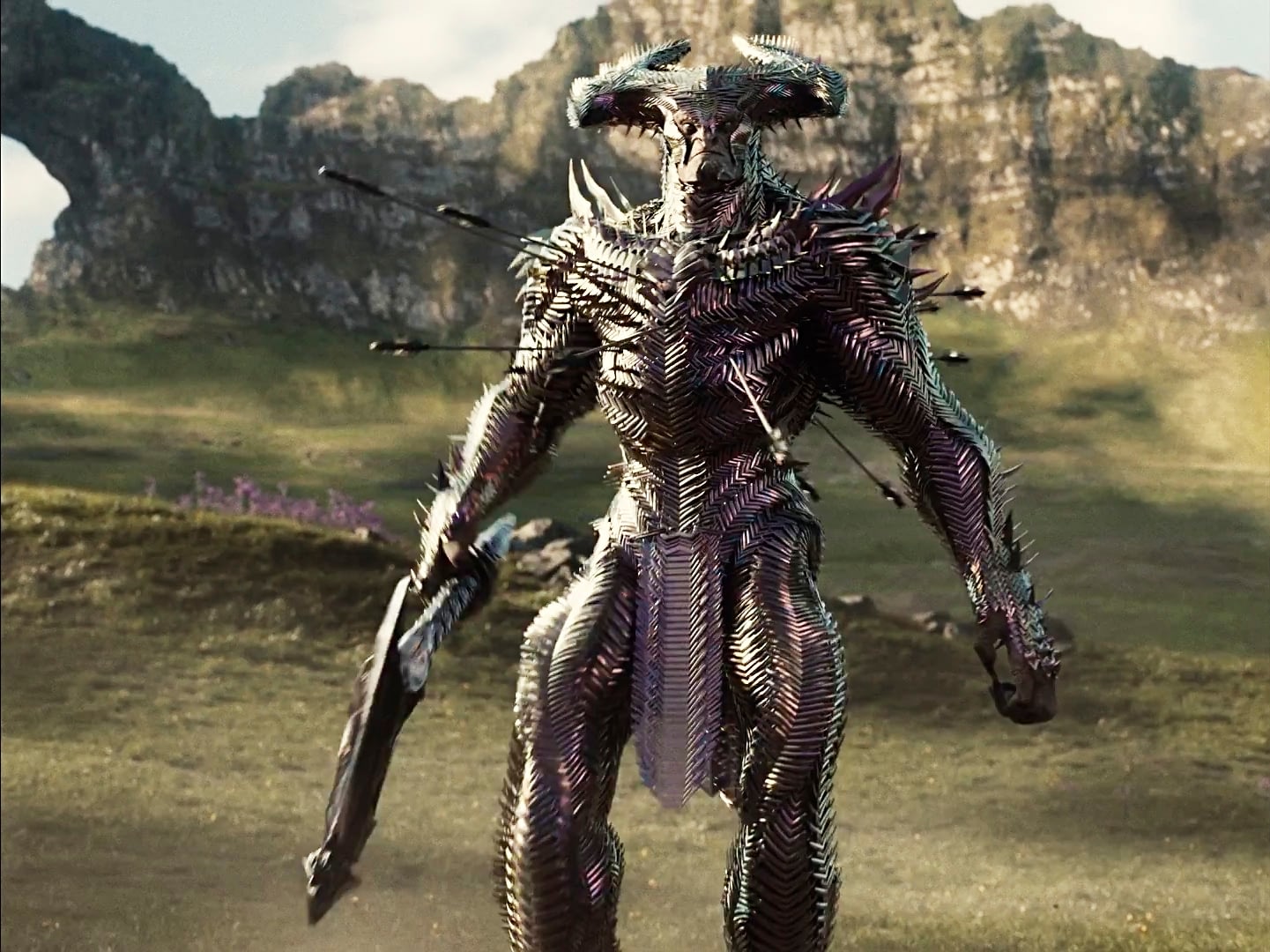 And so we arrived at the absolute clusterfuck that was the theatrical cut of Justice League. Already marred by a tumultuous production, things got even worse when Warner Bros. executives discarded Snyder’s original 3½ hour version and brought in Joss Whedon to make the final product a less serious, more light-hearted blockbuster with a runtime not exceeding 2 hours. Snyder’s devastating personal loss eventually led to his departure from the project and in turn it allowed Whedon to take the reins and completely ruin DC Films’ long-awaited crossover feature with reshoots that significantly altered the tone & feel of the story. The credits may say “Directed by Zack Snyder” but anyone who has seen his works know that it certainly is not. Justice League was bland, lifeless, soulless & cringeworthy in all aspects. And the onus for its failure was not on Snyder but the studio.

In the meantime, Man of Steel and Batman v Superman had garnered a strong cult following of their own. And these were followers who saw what Snyder was trying to do with DCEU, believed in his vision for this cinematic universe and also preferred his stylistic choice over the change in direction DC Films had taken after their disastrous crossover effort. And thus started the speculations about Snyder’s version of Justice League, hidden somewhere in the Warner Bros. vault that deserved to see the light of day. The call for it grew stronger when Snyder himself confirmed that his original cut exist, resulting in the #ReleaseTheSnyderCut movement that relentlessly pushed for its release until the studio finally gave in to the fans’ demands. Snyder was requested to finish his intended cut, the studio even funneled $20 million for its completion which in the end soared to $70 million. But against all odds, it is here at last. And it is glorious. 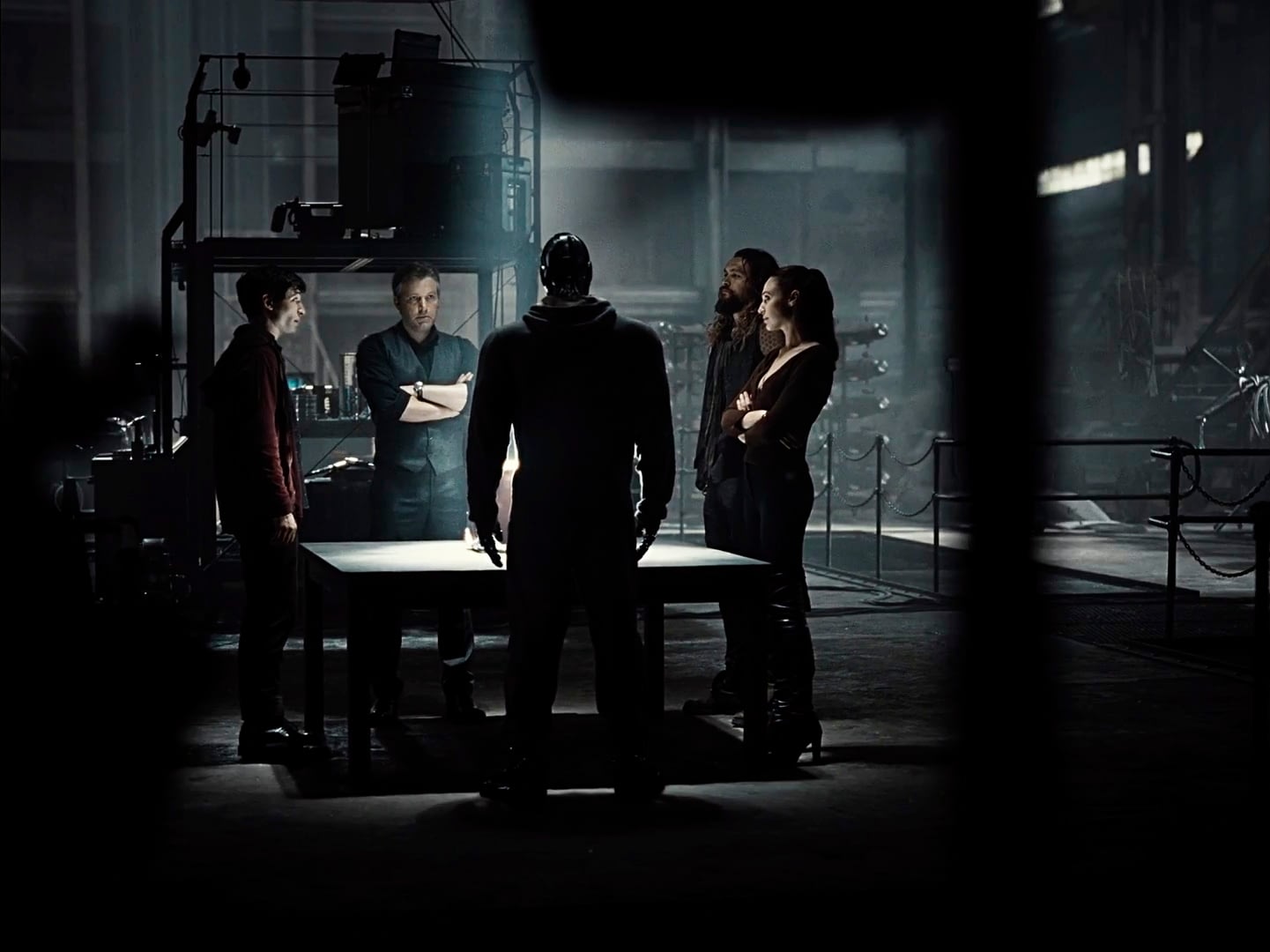 Zack Snyder’s Justice League is an enormous improvement over the heavily truncated, significantly altered & extremely repugnant Joss Whedon version we got back in 2017. A labour of love that is crafted with sincerity and brims with passion in every frame, this definitive cut restores Snyder’s original story with all his trademarks in tact and is so vastly different & superior to Whedon’s cringeworthy take that it totally removes the terrible aftertaste that eyesore left on everyone’s palate. The plot is virtually the same but this is a more branched out version that restores the backstories, mythos & world building elements, introduces & establishes several new characters, and also teases where things could’ve headed in future instalments. It brings a sense of direction to its plot, fleshes out the characters more by providing actual motive to their actions and is by all means a more complete & full-fledged Justice League film which the fans always deserved.

The film begins where Batman v Superman crescendoed, with the apparent death of Superman activating three mysterious Mother Boxes which call to an evil from another world, thus setting the plot into motion. The story is divided into six parts & an epilogue and although the 4 hours runtime may seem daunting, the narrative flow is consistent and never becomes too bothersome. Everything about it feels new & refreshing. There is a richness to the imagery that was absent earlier, a better focus & clarity in how the events unfold & add up, and even the characters appear more fleshed out & exhibit well-rounded arcs. As for the footage that somehow made it to Whedon’s print back in 2017, even those scenes are more fluid & better integrated into the storyline. The visuals are undeniably improved, packing a sharpness & meticulous detailing which makes the image pop out. It’s something Snyder excels at and so there never was any doubt that this would be absolutely breathtaking to look at. 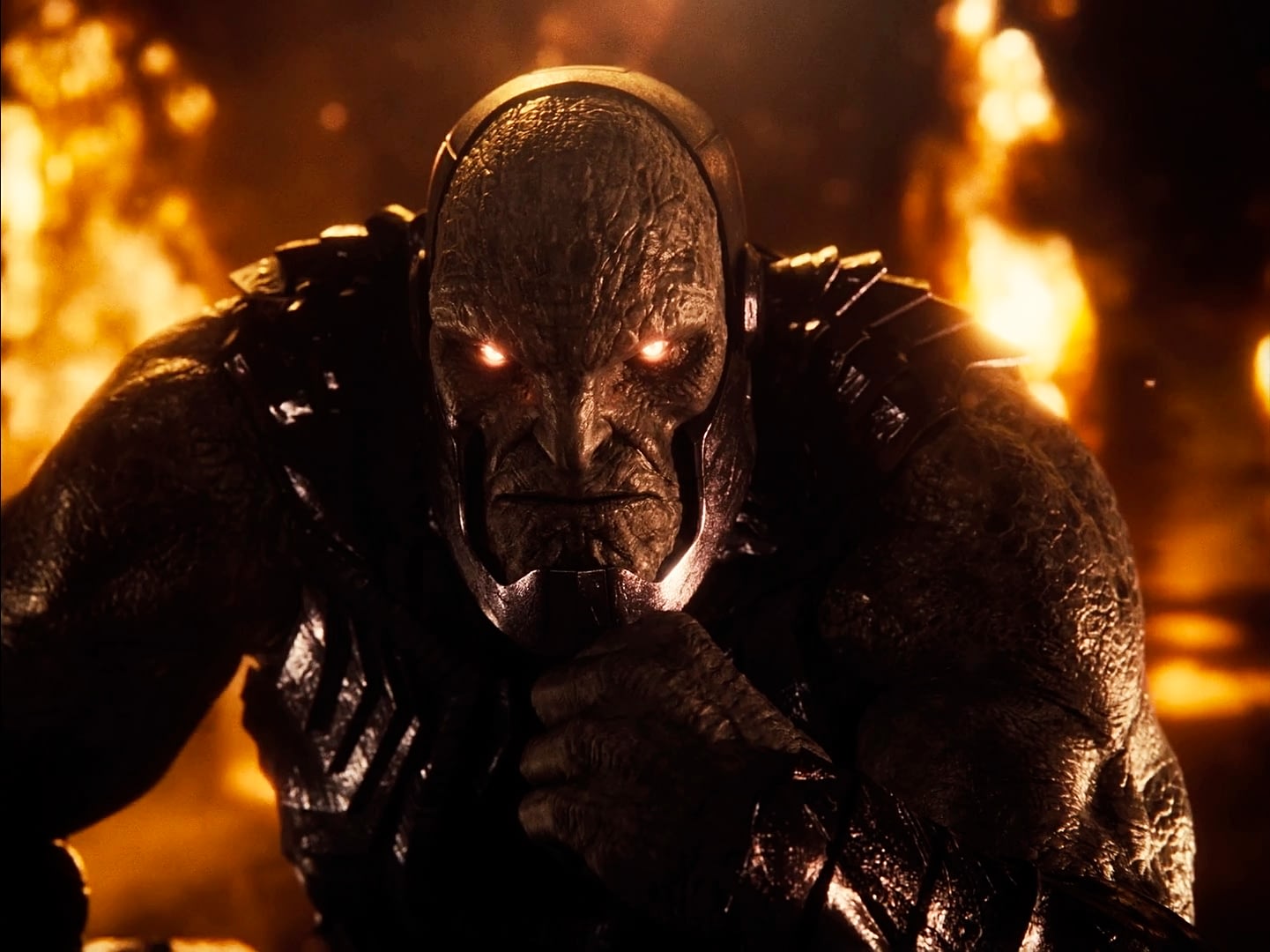 However, with the best of Zack Snyder comes also his worst. His ability to design & deliver spectacularly epic moments of action is present here in abundance for all to see & admire but also evident is his tendency to get carried away and not knowing when n where to stop. The film as a whole is a feast for the eyes but then it is also overindulgent at times. It offers many memorable moments but it also revels in excess. The epilogue in particular could’ve been left out entirely and it actually would’ve made for a better picture. The dialogue is terrible, at times bordering on facepalm-inducing embarrassment. Its attempts at humor are ineffective more or less. And yet the care & compassion with which Snyder portrays the backstories of Cyborg & Flash and the coming together of the group as a whole makes those shortcomings seem like mere nitpicks. By taking his time with all characters, Snyder allows them to develop at their own pace while acquainting the audience with their humanity. And all of it only adds up as plot progresses.

Cyborg was completely sidelined in the theatrical cut. In this version, he is actually the heart of the story. Also gone is Superman’s CGI chin for which I’m sure everyone is grateful. Steppenwolf upgrades from a garbage villain to someone whose intentions & motivations are at the very least relatable. He looks, sounds & acts more intimidating than he did previously. While the exposition is probably a bit too much, it doesn’t derail the narrative from its designated path. The extravagant slow-mo sequences can annoy those who are not familiar with Snyder’s stylistic choices & the operatic grandeur he always aims for but then they never were the intended audience of this epic extravaganza. In short, the director’s cut of Justice League is a Zack Snyder film from outside-in & inside-out. And his unapologetic direction is why it works so well. It is true in tone & style to its predecessors and for that alone, its arrival is a cause for celebration. 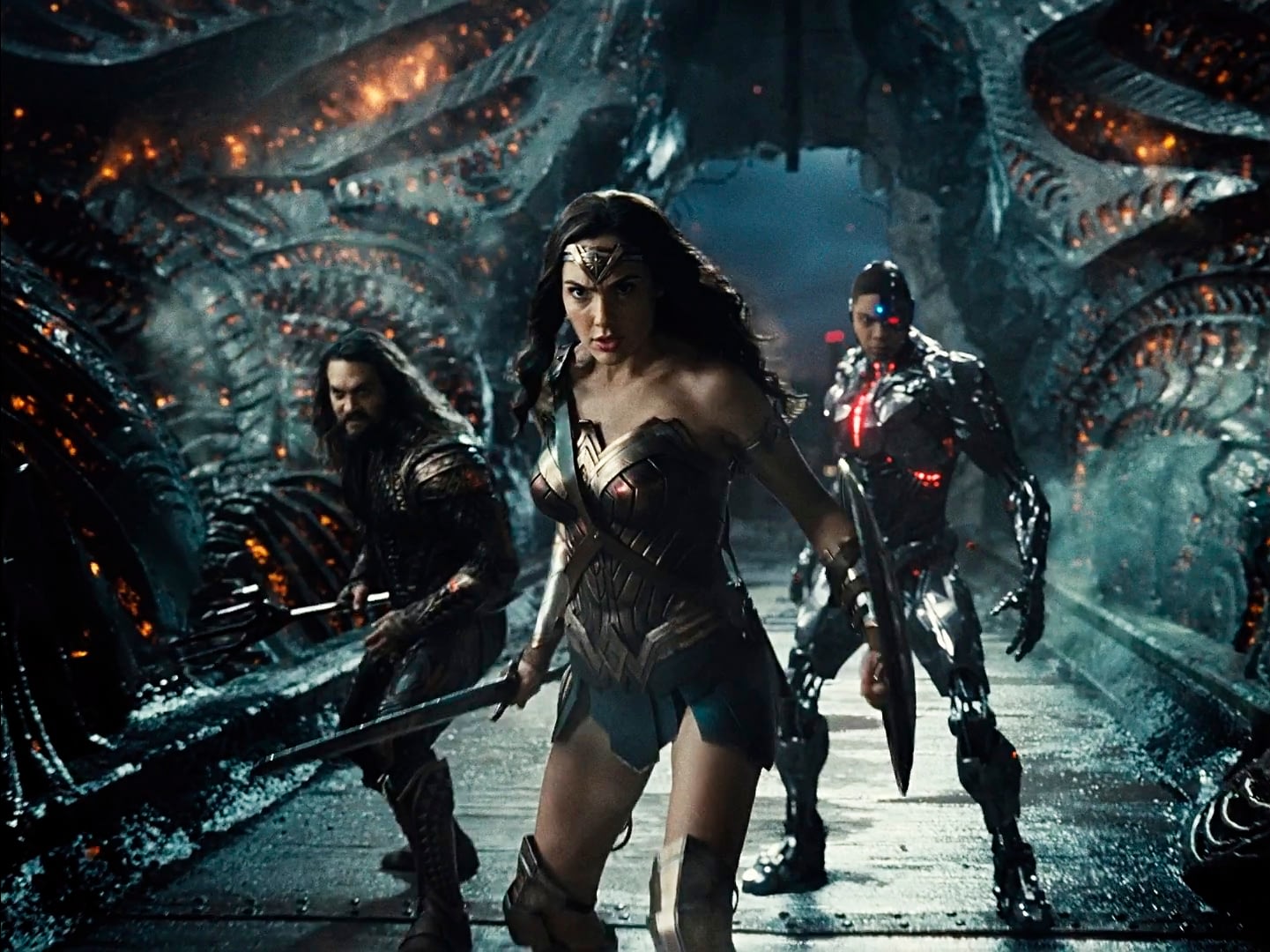 The entire ensemble looks more alive and their performances more involving when compared to their tired & uninteresting renditions in the 2017 picture. There are only a handful of scenes that are the same in both versions otherwise these are two entirely different films with entirely different treatments despite the same premise. Among the cast, Ray Fisher is the standout as Cyborg (Victor Stone) and his backstory adds tremendous weight to his persona. And Fisher navigates through his pain & grief as if it’s his own with a finely balanced input that compels us to invest in his journey. Ezra Miller plays The Flash (Barry Allen) and while a comic relief at first, he turns out to be the MVP of the group in the end and pretty much steals the show during the climactic segment. Where they were secondary supports in Whedon’s film, they play a far more vital role in Snyder’s Cut. Even their respective arcs are more captivating than The Trinity.

Last but not least, Tom Holkenborg (Junkie XL) was chosen as the original composer for Justice League but with Zack Snyder’s departure & Joss Whedon’s arrival, he was replaced by Danny Elfman despite having completed the entire score for the theatrical cut. With Snyder reinstated to restore his original cut, Holkenborg returns as the film composer but instead of using the existing music, he decides to start afresh. And his score is as aurally stimulating as Snyder’s work is visually striking. However, just like the director, he has this propensity to go too far which often results in musical tracks that are blazingly loud & deafening but then his soundtrack also packs in several pieces that just elevate many sequences to better heights, the climactic segment being one particular example. Holkenborg provides each character their own cue, some inspired from previous entries, others composed from scratch, and then a defining one that signifies them as a team. And it all works well for the most part. 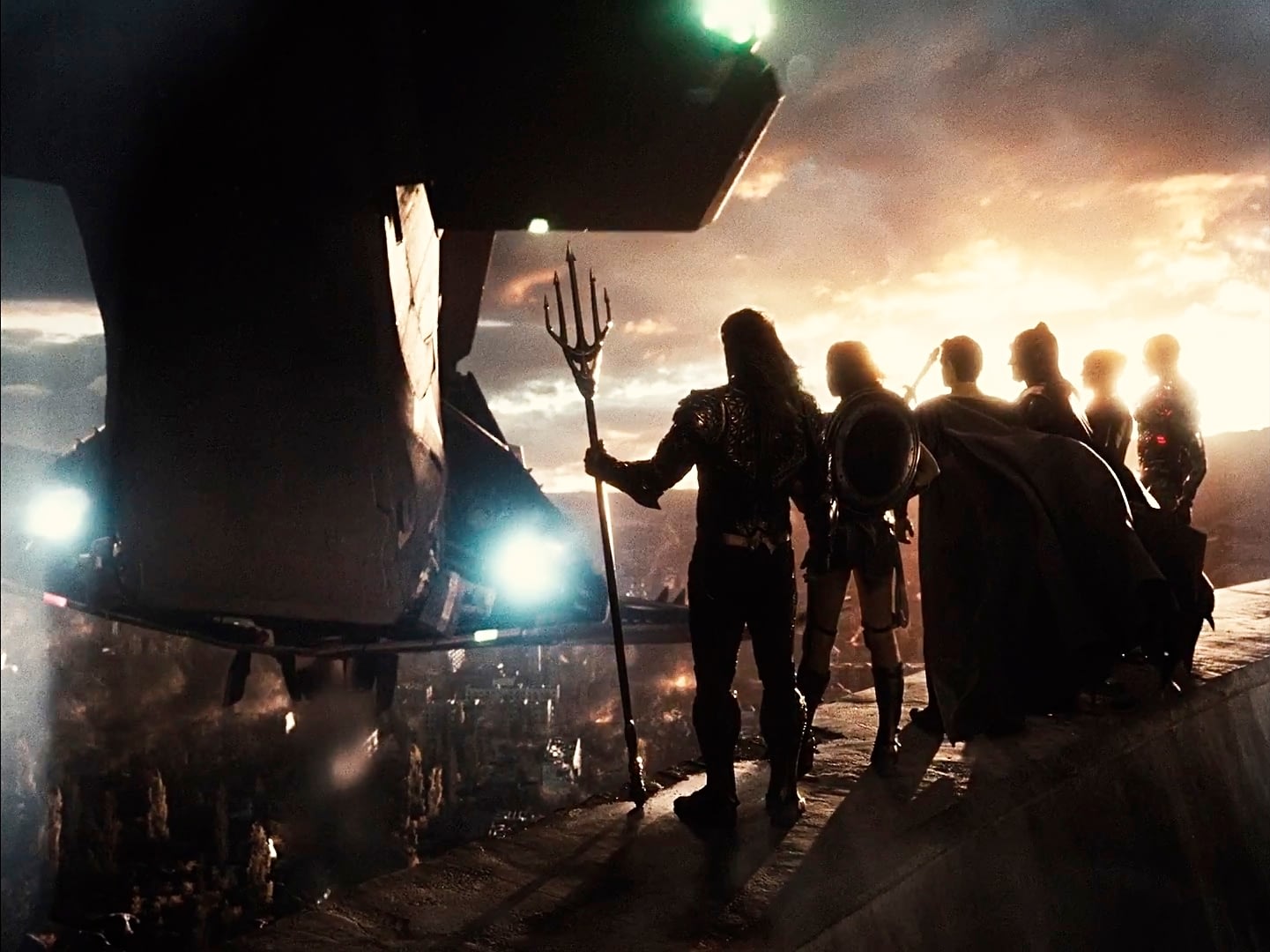 On an overall scale, Zack Snyder’s Justice League is one of the best revamps one could ask for as it turns an atrocious, repulsive & unwatchable turd into one of the most audacious & visually captivating examples of its kind. The film has all the trappings of a big-budget, effects-laden blockbuster and it also delivers an extravaganza that’s epic & grandiose in ways fans of the filmmaker hoped it to be but Snyder dared to do more than just fulfilling the genre’s obligations. He poured his heart out in making the whole mythology of it as grand & impressive on scale & scope as it could be, and there is no denying that this too shall garner a massive cult following in the years to come. The tragedy is that the future Snyder envisioned for DCEU will never come to light despite its promising appeal. I mean Darkseid appears only briefly yet his presence leaves an imprint as mighty & fearsome as Thanos’ build-up did in the MCU. All in all, Zack Snyder’s Justice League is a wholly different beast compared to 2017 version and is bigger, better & bolder in every single aspect. A fitting farewell to Snyder’s stint with DCEU, this director’s cut also serves as his thank-you note to all the fans whose unwavering support & unrelenting campaign over the past few years is what willed it into existence. A definite recommend.

Le Samourai [1967] - Style over substance is not always bad, if you focus on the details