Home»Reviews»General Idi Amin Dada: A Self Portrait [1974] Review – A Strangely Funny and Disquieting Look at a Sociopathic Ruler
Reviews

Art has a long history of laughing in the face of autocrats. An ingenious artist can even take the propaganda of those asinine, self-styled leaders and dismantle their carefully construed public image, bringing to surface the lies, brutality, buffoonery, and empty posturing. Swiss film-maker and producer Barbet Schroeder’s 1974 documentary General Idi Amin Dada: A Self Portrait exactly does that. The documentary was Ugandan military general and President Idi Amin’s attempt to ingratiate himself with the Western intelligentsia without understanding how flagitious he looks on camera.

Barbet Schroeder and his crew, which included the renowned cinematographer Nestor Almendros, arrived at Uganda In 1973, two years after general Amin’s coup d’etat. Under the pretense of economic liberation he unleashed irreparable darkness on his nation that displaced and claimed the lives of thousands of people. His ruthless eight-year regime led to the masscare of at least 300,000 civilians. 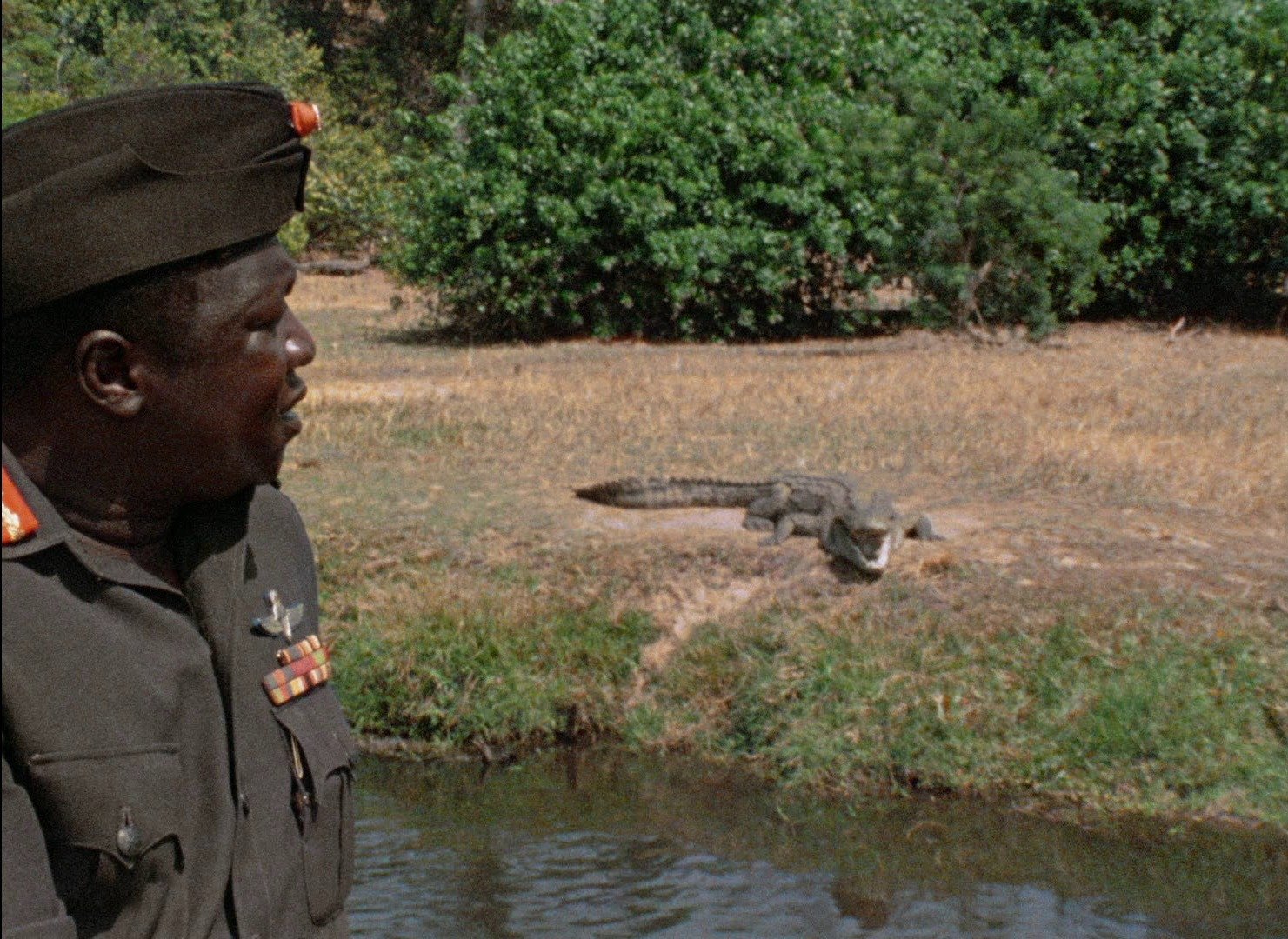 Barbet Schroeder has carefully approached his subject, who naturally anticipated a celebratory portrait of his leadership. Schroeder and his crew were given free rein to film Amin’s general routine and other series of staged events. The interviews don’t fiercely question the dictator’s absurd notions and actions. which includes sending bizarre telegrams to world leaders and criticizing Hitler for ‘not killing more Jews’. Schroeder’s intentions are different and much more intriguing. The word ‘Self Potrait’ insists that this is a carefully built, propagandist image of a man. But Schroeder’s camera alienates or distances itself at the right occasions in order to look into the cracks in the façade, where Amin’s delusional, sociopathic tendencies unmistakably emerges. In fact, Schroeder is patient enough to allow the loquacious autocrat do what he does best: making a fool of himself.

Related to General Idi Amin Dada: The President [2014] – A Harrowing Drama on the Endless Cycle of Subjugation and Violence

Idi Amin, the physically intimidating former heavy-weight boxer with military training in the British army, suffered from malignant narcissism. He wanted to be hailed as a benovelent democrat with visions for global peace. However, once the guy starts talking he comes across as this awkward man-child far removed from reality. Although few minutes of footage and voice-over were latter added into the documentary – after Amin was deposed in 1979 – the initial version had his seal of approval. There’s not much here in the form of narrative as Schroeder allows Amin to present his vision of himself which gradually brings the man’s fears and insecurities to the surface.

We see Amin taking the crew to a wildlife tour, babbling continously about his grand plans of military invasion, and performing a series of military exercises. The paratroopers preparing for battle by leaping off a two-inch-high step was the biggest humorous highlight. He threatens his cabinet ministers, waves a fake Zionist manual produced by the Russian secret police in 1901 to claim that he has cracked Israel’s plans for taking over Arab countries. And when asked about economic policy, Idi Amin says he draws freely from capitalism and communism.

Amin’s lectures on his superiority among the world leaders and his anti-semitic treatise could come across as repetitive and increasingly dull, despite the initial shock of his comments. But the juicy parts of the documentary are Schroeder’s calm depiction of Amin’s absurdity. For example, in one scene we see Amin engaging in a swimming race, in which he races diagonally , fiercely bumping into other swimmers, and to eventually declare ‘I won’. This preposterous behavior is perfect enough to understand his pathetic attempt to hold over the power.

In another noteworthy scene, Amin meets with members of physician association, who are intellectually superior unlike the President’s usual audience. He goes on and on about doctors maintaining their health. When a doctor stands up and makes a well-articulated comment that sounds slightly critical, the camera closes in on his rage-filled face. While Amin’s absurdity is unfurled clearly, his savagery is announced time to time by voiceovers which absolutely rejects the ‘official’ versions.

Some details of the dictator’s cruelty gain meaning if you are aware of his history. For example, the crocodiles Amin talks about in the wildlife tour looks more sinister, knowing what some of these creatures feasted on: his tortured ministers and political opponents tossed into the Nile. Obviously, by the end we would be tempted to make parallels between Idi Amin and other similar ingratiating tyrants of the 21st century, who promises utopia but works towards genocide and war.

Overall, General Idi Amin Dada: A Self Portrait (90 minutes) is an important historical document which glimpses into the mindset of a fascist nutcase with grandiose plans to take over the world.