Nobody (2021) Review: A Bloody Display Of A White Man’s Privilege

We all love Bob Odenkirk. We all love to love Bob Odenkirk. The man has been around in the entertainment industry since the late 80s, jumping between various genres and formats. And he is most famous for his role of Saul Goodman in the Breaking Bad and Better Caul series. But despite appearing in various critically acclaimed movies and shows, for some reason or the other, he has always been “that guy” who you have seen in a lot of stuff but have trouble remembering his name. That’s probably why it felt like a stroke of genius when Odenkirk’s turn as an “action hero” was basically him starring in and as Nobody (2021).

The Ilya Naishuller directorial, written by Derek Kolstad (who has written all three John Wick movies and is working on a spin-off from the franchise, The Continental), follows Hutch Mansell (Odenkirk), who lives a seemingly ordinary life with his two children, Blake (Gage Munroe) and Abby (Paisley Cadorath) and wife Becca (Connie Nielsen). He works at his father-in-law’s metal fabrication company. And in a swiftly cut montage, we are shown that Hutch’s life essentially oscillates between these two or three components. But, one night, Hutch’s house is robbed and although everyone emerges from it safely, it sparks something deep within him that was sitting dormant.

Without delving into too many spoilers, Hutch uses the misplacement of his daughter’s, as they like to call it, kitty-kat bracelet to track down and rough up the robbers, only to realise that they did what they did out of sheer desperation. However, since Hutch has to scratch his proverbial itch, he takes on a bunch of hooligans who board the bus that was taking him home and maims all of them horribly. And it turns out that one of them was the brother of the Russian crime lord, Yulian Kuznetsov (Aleksei Serebryakov), who then goes on to track down Hutch and his family and exact some sweet revenge, thereby starting a blood-drenched mayhem in the alleys and buildings of Los Angeles. Well, at least it’s made to look like Los Angeles, even though most North American films are shot in Canada.

Now, ever since the trailers for Nobody hit the internet, it has been compared with John Wick. It’s easy to do so due to the Derek Kolkstad connection, the action direction, the overall setting about a man with a dark past being “forced” to revisit it because of a Russian villain, and the posters for the two movies echoing each other. But the sad part about the discourse around it is that between its North American release in March and Indian release in August, that is all that has practically been said about the movie. That it’s a John Wick clone which says that, “Violence looks cool when shot in a visually engaging way”. Well, I disagree because I think there’s a lot more going on underneath the surface of Hutch’s journey.

To be specific, I think that in Nobody, Derek Kolstad is crudely parodying the tropes that the John Wick franchise has inspired; which actually makes it an anti-John Wick movie. You see, the intention behind the John Wick franchise was two-fold: moving away from the shaky cam aesthetic that was eroding action filmmaking and sending the message that violence, reel or real, comes at a cost. Sadly though, Hollywood’s takeaway was that they have to put a lot of neon lights in a frame and the action sequences have to be shot on steadicams, preferably uncut. Hence we have products like Jolt, Peppermint, Polar, and more. And apart from maybe the Mission: Impossible franchise, a lot of movies have fallen prey to this style of filmmaking and storytelling, with the saddest example being David Leitch’s Hobbs & Shaw; since he is one of the minds being the John Wick franchise. 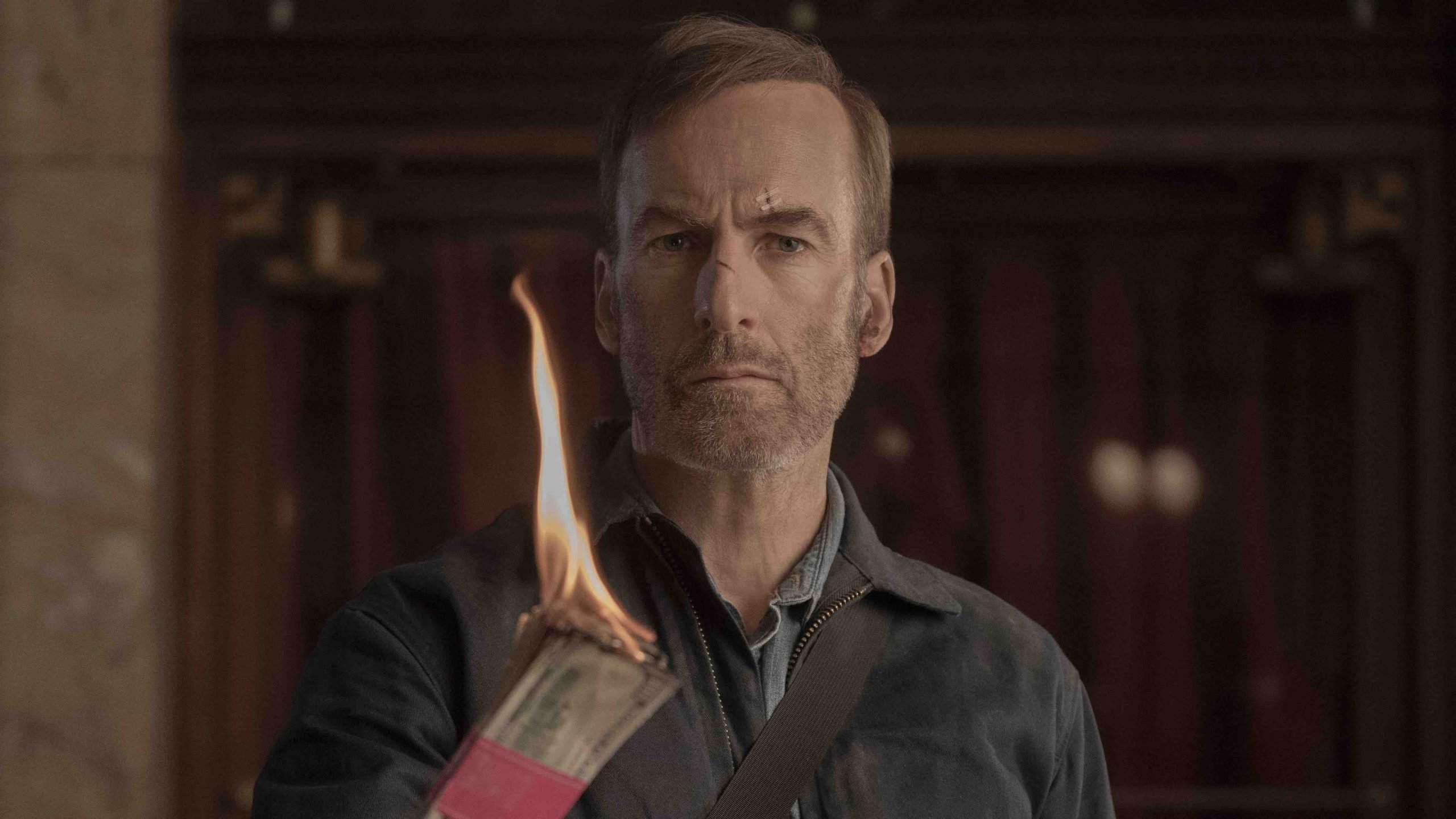 Hence, through Nobody, it feels like Kolstad is calling out his Frankestein’s monster in more ways than one. So, while it has become a cliche in actioners for the hero to express guilt and regret after doing something violent, Hutch regrets he doesn’t get to do something violent to the robbers after tracking them down. There’s not an ounce of guilt in him. Then, in most action films, while it’s common for the “hero” to hide his violent past, Hutch searches for a chance to explain his violent backstory in vivid detail to his victims and feels sad upon not getting to complete it because, well, the victim died. On top of that, while in most films it has become customary of the hero to yearn for a family pretty organically, Hutch here sees his family as somewhat of an experiment which he didn’t expect to last as long as it lasted.

Why? Because just like every other White vigilante inspired by John Wick, Hutch knows he’ll walk away from it all rather unscathed because of the colour of his skin; something that is beautifully highlighted by one of the two black characters in Nobody as he says referring to Hutch and his father, “Hutchie, you both got what you wanted. I got shot.”

Maybe I am looking too deeply into this and I am wrong. But the reason I think I am not, is because Kolstad, Naishuller, cinematographer Pawel Pogorzelski, editors William Yeh and Evan Schiff, and of course, Odenkirk make it a point to showcase Hutch’s White privilege, visually and narratively. On one hand, Hutch isn’t racially profiled after an attempted burglary. Cops do not show up at his door after wrecking public property i.e. the bus. He lives in a predominantly White neighborhood which he can leave in flames without any consequences. The system comes together to protect him as soon as he is arrested after giving him the license to do unimaginable violence. While on the other hand, his Black partner has to stay in hiding for probably doing the same things that he did.

Related Read to Nobody (2021): Kakbagodaa (2019) Review: Another Aware Film Based On The Perception Of Privilege

That in my opinion makes Nobody a commentary on not just how John Wick has been used as an excuse by Hollywood studios to glorify violence via White people, but also systemic racism in general. It asks filmmakers to take a breather and think if the characters that they are writing for blockbuster action films about to be consumed by hundreds and millions of people are heroes or villains using their White privilege to see how long they can avoid the arms of justice. And it asks the people watching the said blockbuster action films to take a moment to think about whether the heroes they are glorifying are actually villains who need to be behind bars, but aren’t because they are White.

So, unless it is apparent, yes, I really enjoyed Nobody (2021) and its take on the friendly neighborhood one-man killing machine trope. I think it has a slim chance of being turned into a franchise. But if it does, I sincerely hope that it continues to comment on the cliches and developments in the action genre through the talented Bob Odenkirk.

Nobody (2021) is currently running in cinemas in India.

Full Time [2021]: ‘Venice’ Review – A Breathless and Remarkable Insight into the World of a Working, Single Parent

Nobody (2021) Review: A Bloody Display Of A White Man’s Privilege