First things first – If you haven’t seen Midsommar (to be screened at MAMI soon) stop reading this right now. In my opinion, this film is a sojourn worth experiencing without having the faintest ideas of what lies ahead. Much like the characters in the film who are convinced to take a trip to some idyllic village in Sweden – unaware of the bumpy turbulence of what seemed like a Joyride.

Dani is a psychologist worried about her family. As per her boyfriend, she drives straight into panic mode. She’s worried that she’s burdening him with her problems. His friends believe she needs a therapist. He seems distant –  probably wants to break up. Then her fears come true and he’s forced to stay. She comes to know that he was planning a trip to Sweden. To avoid having more of a confrontation, he invites her to the trip with his group of male friends hosted by – Christian, the Swedish friend who seems to be the only one happy with her decision to be a part of the trip.

Similar to Midsommar MAMI – Greener Grass [2019]: ‘MAMI’ Review – A Surreal Satire on the Displeasure of Politeness

A Midsummer Festival in a Swedish village awaits them. In the land of the midnight sun and psychedelic trips, we meet a community of people who are going to celebrate an event that happens every 90 years. What follows next is nothing like you have ever seen before. 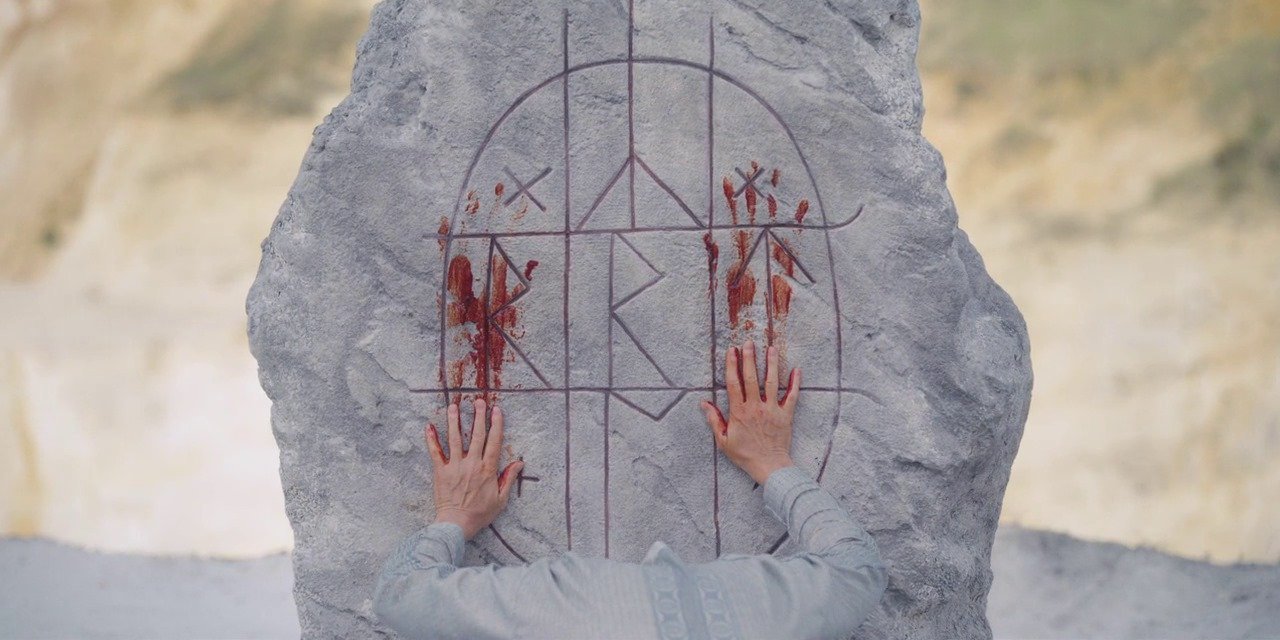 More than anything, what impressed me the most about this film is the production design. The atmospherics of the film is always bright and sunny. There’s a pyramidal temple in the middle of the village, there’s a bear in the cage and the murals embellishing the halls where these people sleep is full of paintings that hide some secrets. There’s a lot of focus on symmetry and geometrical figures or the Runes as they’re called. Everything seems to follow some defined structure.

It’s like living in a controlled environment where everything follows some predetermined pattern. There’s a lot of focus on maintaining a cycle or equilibrium and harmony with nature. It could be a concept or maybe it hints at the didactic nature of religion. There’s also a lot of homogeneities. People of the village look very similar, except for one person who is different for a reason. There’s resonance even in their movement. The way the tables are laid, the way they sit, eat or even get up is very mechanically defined.

Of course, another very interesting part of the film is how the paintings act as clues to the events that follow. There’s a lot of foreshadowing and if one is looking carefully, you can take a hint from the paintings. I loved how the makers kept dropping hints throughout the film. Some subtle, some not so subtle – like the jarring background score and the turbulence of the plane. There is a lot of subtexts – maybe because the makers wanted to say a lot of things. Some of the traditions exist in reality, some are imagined. But they all seem to fit very well to the overarching theme of the film.

At its core, Midsommar is essentially a drama about healing and finding closure. The esoteric plot with some hauntingly beautiful rituals just adds to the overall atmosphere. Florence Pugh is terrific in the role of a girl who is mentally scarred but is too scared to be vulnerable and express her insecurities in front of her lover. The conflict in her tone when questioning him, the apprehension of being left alone, she plays the part of broken women who are more than willing to please her love to perfection, her body language, and her tone explains her fear. Deep within herself, she knows he’s just trying to act as if he cares but she’s not ready to drop the delusion. She is just coming to terms with her personal grief. Pelle tells her that he can feel her pain, a family is all she needs and maybe she needs to drop those who are holding her back, with time she feels more and more connected to these people, while for others they’re just interested in their selfish motives.

It’s a film that shows a different side of a toxic relationship. A relationship that isn’t abusive or violent but derives its toxicity from its coldness. Christian is a lazy, apologetic, selfish coward. He would rather invite her on a trip with his friends rather than face confrontations. He prefers to lie about being confused by sunlight rather than acknowledging he forgot her birthday. His problem is that even if he tries to show he cares it all comes across as nothing but a fake, lazy decision. Much like his decision to write his thesis on the community even when he’s aware that his other friend is already doing the same. 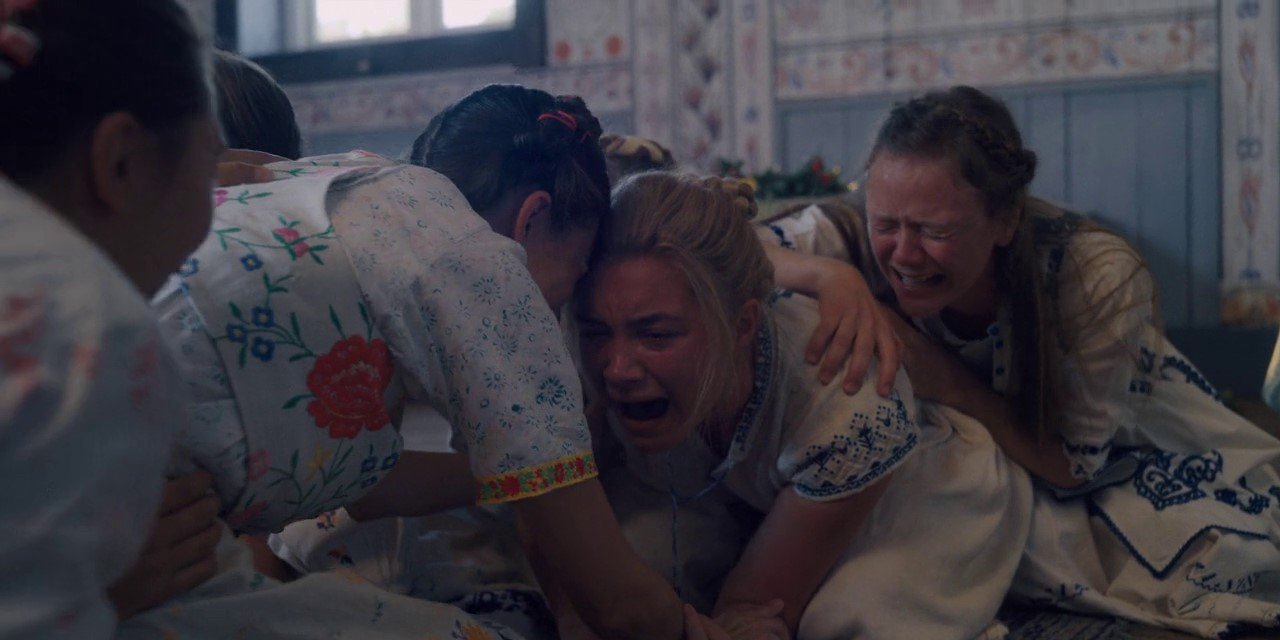 Ari Aster ensures that he’s not picking any side. He’s not ready to spoon-feed or give you easy answers. He doesn’t define the hero-villain distinction required for films like these. He makes sure that you come out conflicted. Maybe you will buy into the belief of the communities, maybe you won’t. But the film gives you enough material to start a debate about the concepts of this esoteric community, especially the concepts of harmony and sacrifice.

There’s so much going on that it’s tough to absorb all of it at once. But the film keeps you immersed in its universe. It’s like watching a Nightmare draped in a daydream. Much like the nights of Sweden in the summer solstice, it’s all bright and shiny to the eyes but you can’t fool time, for it doesn’t stop and knows its night.

And Yes, a warning – Next time you see a bear in a cage, don’t ignore it.

Greener Grass [2019]: 'MAMI' Review - A Surreal Satire on the Displeasure of Politeness

Just Like That (Aise Hee) [2019]: 'MAMI' Review - The Unattractive Reality of Small-Town Existence