This might be a personal qualm with the genre and not the right way to start a critic but I find films about infidelity incredibly dated. Especially the flimsy ones that present their twist with a dash of seduction and a nostalgia for 90s dramas about couples in a bind. Brian DeCubellis’ “Trust” is no exception. It is so basic and formulaic that even with the uber-suave clothes and the hot people at its center, there’s no reason why one would like to stick around.

Brooke (Victoria Justice) & Owen (Matthew Daddario) have been in a happy marriage for the longest of time. The high school sweethearts have always found ways to come back to each other, in spite of their respective, busy lives. While Owen is an infamous broadcast report whose odd working hours have always met with understanding, Brooke is a new gallery owner who has just landed a great artist as a client.

Related to Trust – Maggie [2019]: ‘NYAFF’ Review- A Bizarre and Frustrating Ride about Trust and Belief

Dublin-based painter Ansgar  (Lucien Laviscount) with his proactive persona and even more proactive art has rattled this happy unison. Owen, who is particularly nice about everything his partner is up to, isn’t pleased by the fact that Ansgar is extremely sedated by lustful eyes for his beautiful wife. On the other hand, Brooke is having second thoughts about Owen’s whereabouts too. Since he has been keeping something away from her, she develops doubt in her mind. His continuous texts to a co-worker aren’t helping either. All hell breaks loose when Brooke decides to go to Paris with Ansgar over a possible deal about his paintings, over a vacation to the city with her husband. Brooke’s misunderstanding and a blatantly dumb decision result in doubts that trigger their marriage to the extremes. 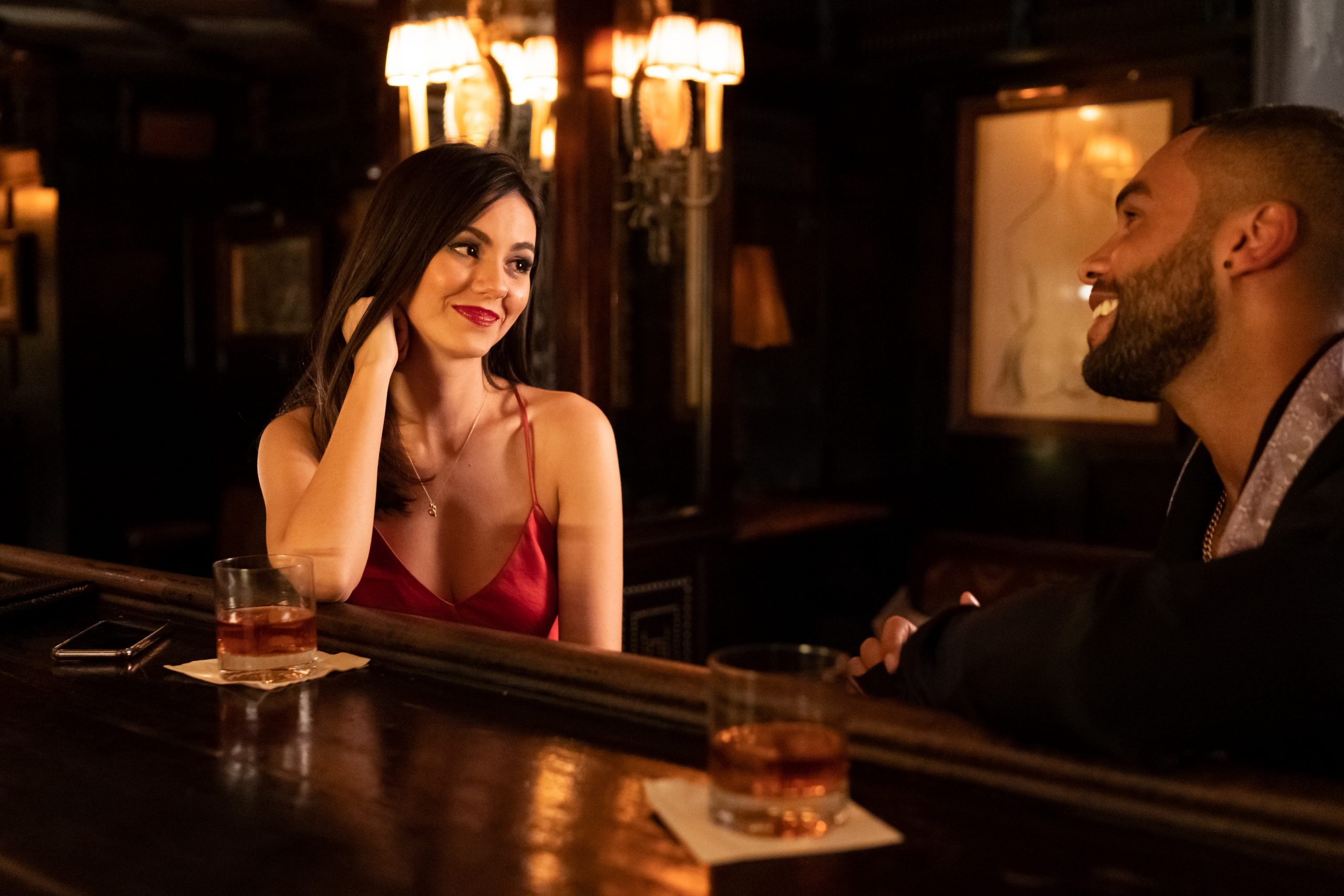 The central premise of “Trust” takes you back to the 90s. Rich people in those films seemed to have it all. A good working ethic, an ultra-beautiful better half that is too good to be true, and a house that could shame anyone looking for a place to be in. The only slight slip is the romance at its center is the belief that these beautiful lovers are secretly fucking someone else.

In  DeCubellis’ film, the narrative is pretty simplistic. It’s a story about possible infidelity that reeks of seduction and foul play. However, the audience is misled multiple times to shadow its lack of depth with flimsy twists. Based on the play Push by Kristen Lazarian, the film dabbles in millennial relationships and their wobbly, slippery slope. The entire premise hinges on the fact that “everyone cheats.” That only heightens within the context of the New York the film supposedly creates “every rich, successful person with a hot spouse cheat.”

And this paper-thin narrative ends there itself. There isn’t enough material here to keep the runtime frothy. So, all a bored-out-of-their-minds audience can do is revel in its many uncertainties and look at the production cost. I got to hand it to the film that its production values are superior to films in the same accord. It is well-shot, has a handsome budget, and ropes in some good-looking people. However, what it lacks is a proper script. 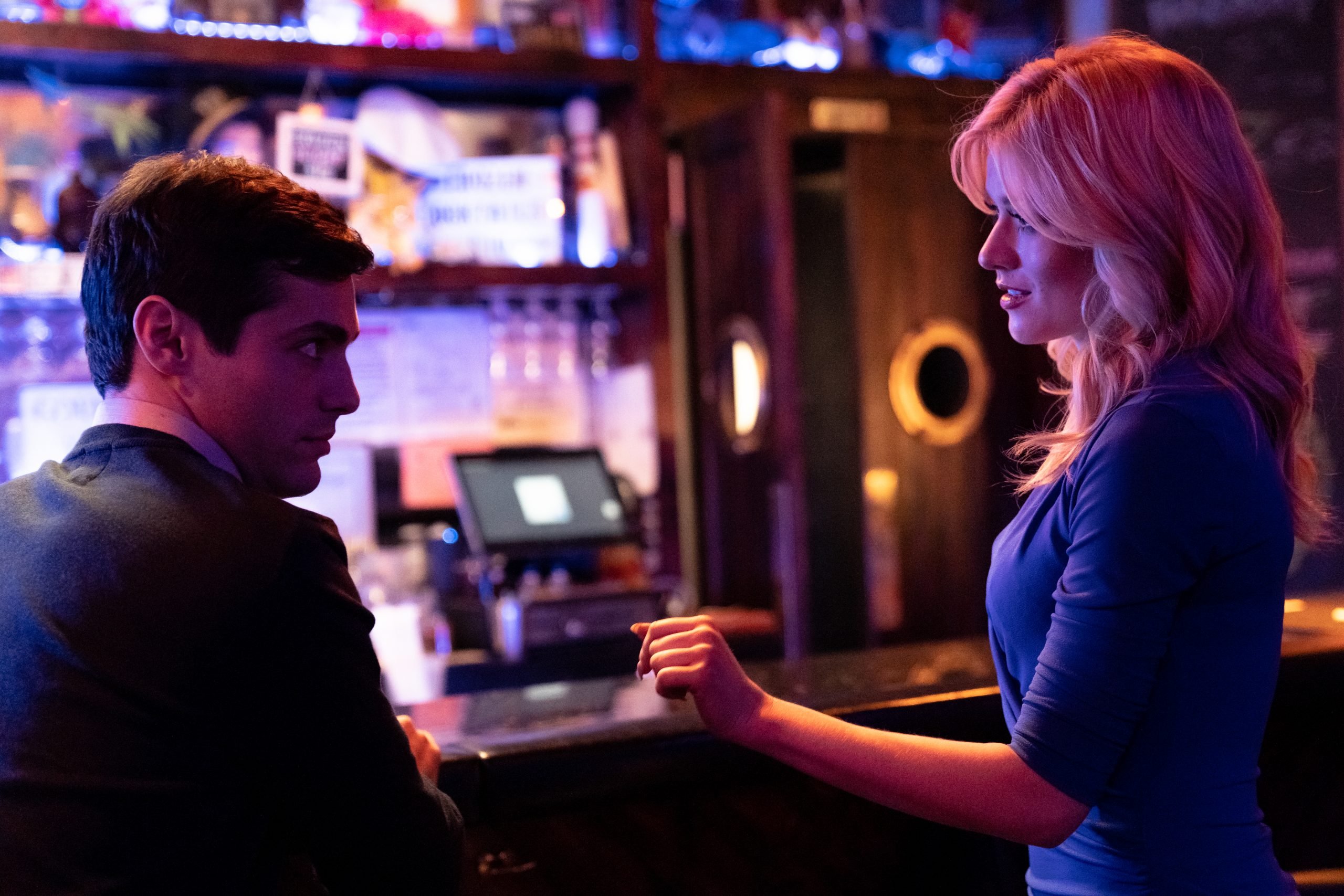 DeCubellis tries real hard to sell his half-baked material as something that is deeper. His look at millennial romance and relationships is like watching a screen equivalent of an emoji used for good measure when you don’t have anything to say. The film is so tone-deaf and full of itself that you never know where to put a full-stop. The characters are shown to be incredibly valiant about their endeavors but all they care about is pouncing on one another as soon as they can.

Victoria Justice stars as Brooke who is shown as a wife who doesn’t follow her husband on Instagram. The revelation she stumbles on in the third act of the film is so hilarious and convoluted that you just want this thrashy soap opera to end. The lowest point of this almost All-White-American saga, however, is Lucien Laviscount’s Ansgar. This Dublin-based artist is given a thick Irish accent that so awfully superimposes on the actor’s British one that all of his seductive trickery just makes you cringe.

“Trust“, in all its glory, could have been a sexy, infidelity saga that truly revels in its trashy nature. However, DeCubellis’s self-serious tone just derails this flawed, tortuous narrative into a terrible slog.

Trust is now streaming on HULU