Maggie [2019]: ‘NYAFF’ Review- A Bizarre and Frustrating Ride about Trust and Belief

The narrative begins with a sexual encounter in a hospital, which gets caught up in the X-ray. The rumors start evolving about who this couple is.  Thinking it’s her adventurous trip in one of the days in the X-ray room, Yeo Yun-young (Lee Joo-young) takes a copy of X-ray with her. That makes the hospital-staff to assume that it’s her in the image, which leaves her in the footsteps of her boss Dr. Lee (Moon So-ri) with the resignation.

Similar to Maggie – SUB-ZERO WIND [2019]: ‘NYAFF’ REVIEW – AN UNEVEN TALE ABOUT GROWING UP IN THE SHADOW OF AN ECONOMIC CRISIS

But apparently, on the same day, all of the hospital staff takes a sick leave other than the two of them. And mysteriously a significant amount of sinkholes start appearing in her city which leaves her boyfriend to take it as his job to fill them in while working for long hours. That isn’t half as strange as the reasons that the staff submits for their sick-leave like someone claims his injury to have caused because of peeling an apple. And all of this is narrated by a ‘silent’ spectator called Maggie, a catfish that predicts the earthquakes! 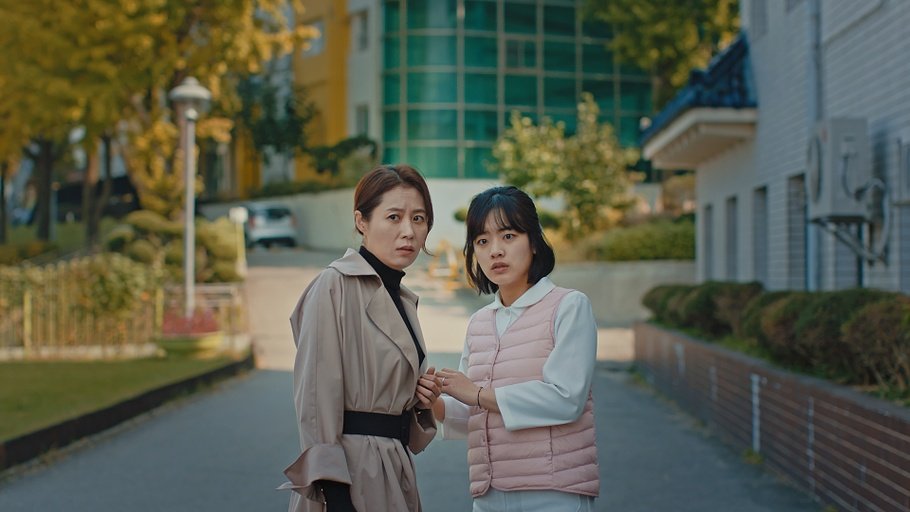 In the pursuit of the overall eccentricity and her picturesque vision, the plot gets too convoluted which seems unsure of its own message after a while. And there’s a constant confusion whether the narrative extensively wants to speak about the social issues or if it solely wants to be a personal tale. Even when the film tries to achieve a certain level of relatability in the beginning, it loses the focus too often to give any kind of clarity whatsoever.

I still admire the effort that the story wanted to put forward about the trust in the central relationship. And there were traces of the topics like unemployment leading them to be more and more disoriented to believe in particularly anything. Their struggle to connect with one another is clearly visible despite all the charm. But these plot-points just aren’t connected as well as the makers believe think they have. The weirdness seems to be for the sake of it without any clear purpose. And while there are obvious stylistic influences of Wes Anderson, from the color palette to the types of shots; they only please the senses and not the intellect.

Not to say that the stylistic vision is what kept me interested despite the entire eventual downfall. Even the performances from Lee Joo-young and Moon So-ri are the clear highlights for which the former won the Best Actress award at Busan International Film Festival. They keep the ship afloat while giving their best for the material they were provided with. And the music helps in keeping the mood intact or trying to get to the psyche of its characters, where the director gets full marks for her choice.

Despite these shimmering signs of creativity, the film leads nowhere while leaving the viewers frustrated with its incoherence.

Maggie [2019]: ‘NYAFF’ Review- A Bizarre and Frustrating Ride about Trust and Belief