Sub-Zero Wind [2019]: ‘NYAFF’ Review – An Uneven Tale about Growing up in the shadow of an economic crisis

‘Sub-Zero Wind‘ is an ambitious little film. Kim Yu-ri’s debut encompasses multiple lives over a couple of decades. From broken family bonds to child abuse to a crisis of faith, there’s just too much that Yu-ri tries to investigate. In doing so, her narrative ultimately feels vague and dissimilar in spite of hitting the right notes. Which is disappointing because there’s so much promise that the young filmmaker shows when it comes to delving into conflict.

The film opens with a young a Young-ha (played by Moon Sang-an) who is left stranded when her father rallies away. She has no choice but to stay with her mother and a step-father she hardly knows. Cut-to three years later where Young-ha (now played by An Jin-hyun) – A naive, innocent teenager has accepted her step-father. We also get introduced to a reluctant, obese and introverted Mijin (So Eu-jin).

Yong-ha’s mother claims to take care of Mijin but is really using her parent’s alimony for her own ambitions.  We cut to three years later when the girls have grown up. They are ready to take the world head on but personal and family conflicts are just waiting around the corner. Both Mijin and Young-ha are almost inseparable. However, one of them is more driven towards having a life that is not run by someone else’s cycle of life. 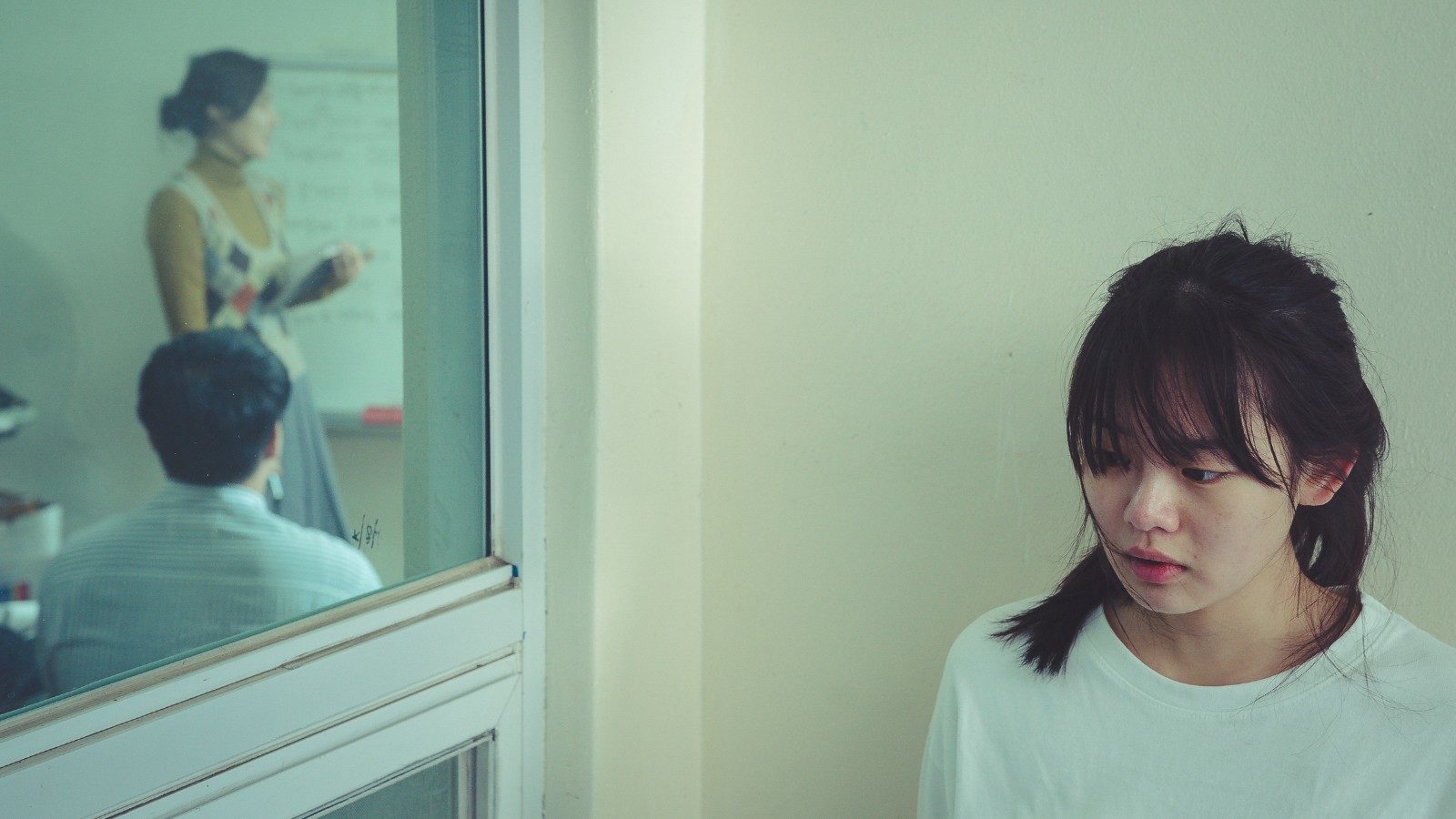 This is where the film tries juggling a lot of social, personal and economic issues into the narrative. Feeling entirely stuffed and convoluted to really focus on what should be the central thread, Sub-Zero Wind ends up feeling vague and timid. The film focuses on problems that are at the crux of modern-day domestic life. But Kim Yu-ri social commentary faulters when her intentions end up all messy.

The problem is in the writing. The script is all over the place. The title of the film forces us to look at the open-end as a pessimistic take on modern economic crises. It also shows how numerous families remain broken and stranded. we are left with only vague notions.

None of the themes of faith, redemption, empathy, friendship, and economic displacement hit home. Leading to an eventual mess that relies on technical soundness. Sub-Zero Wind could have been a great film about the plight of young people in contemporary Korea. However, it just ends up being a well-acted film that doesn’t know how to present itself in the cold.

Sub-Zero Wind [2019]: ‘NYAFF’ Review – An Uneven Tale about Growing up in the shadow of an economic crisis