“The problem with Lying to Mom is that it has a very seen before schematics. It follows the same old tropes of generic tragedy, with a generous sprinkling of comedy.”

A Young man (Koichi played by Ryo Kase) looks outside the window, soaks in the beauty of the world, or maybe the hopelessness, and then hangs himself in the room. His mom (Yuko played by Hideko Hara), follows him to the room, the door locked, he seems to be an introvert who rarely got out of his room, his mom enters the room to the horrifying image of her son, she runs down to get a knife. Then another girl enters the home, she calls out for her mom, no one answers.

What follows is a tragedy where the father (Sachio played by Itoku) and the sister (Fumi played by Mai Kiryu), try to deal with the dual grief of their brother/son dying, and the mother/wife passing into a coma. However when it looks like they will be battling with the inevitability of the mother never recovering, she finally awakens, sadly for her, she has lost all memory of the incident, to protect her ailing mother from stress, the daughter and the mother’s brother concoct a tale where her introverted son finally gets out of his room, and now works in Argentina for his uncle – The mother’s brother(Hiroshi played by Nao Omori).

Meanwhile, the daughter becomes a part of a therapy session for grief-stricken people, and the father searches for a mysterious prostitute, a woman whose name was in his dead son’s will. The rest of the film deals with the elaborate facade created by the daughter, for her mother, and every character’s personal journey to find closure in the face of tragedy.

The film deals with a sensitive subject and doesn’t give us the exact reasons for the son’s suicide. He’s shown to be a loner, maybe he didn’t get a job, maybe he was in love with the mysterious prostitute or maybe he was just tired of being considered an outlier. In a beautiful scene, the father tries to take him to a psychologist, he jumps in the middle and tries to escape, his father tries to catch him, only to get a violent reaction where he tells him, he’s not mad. It’s possibly the only scene where we get some insight about his problems. 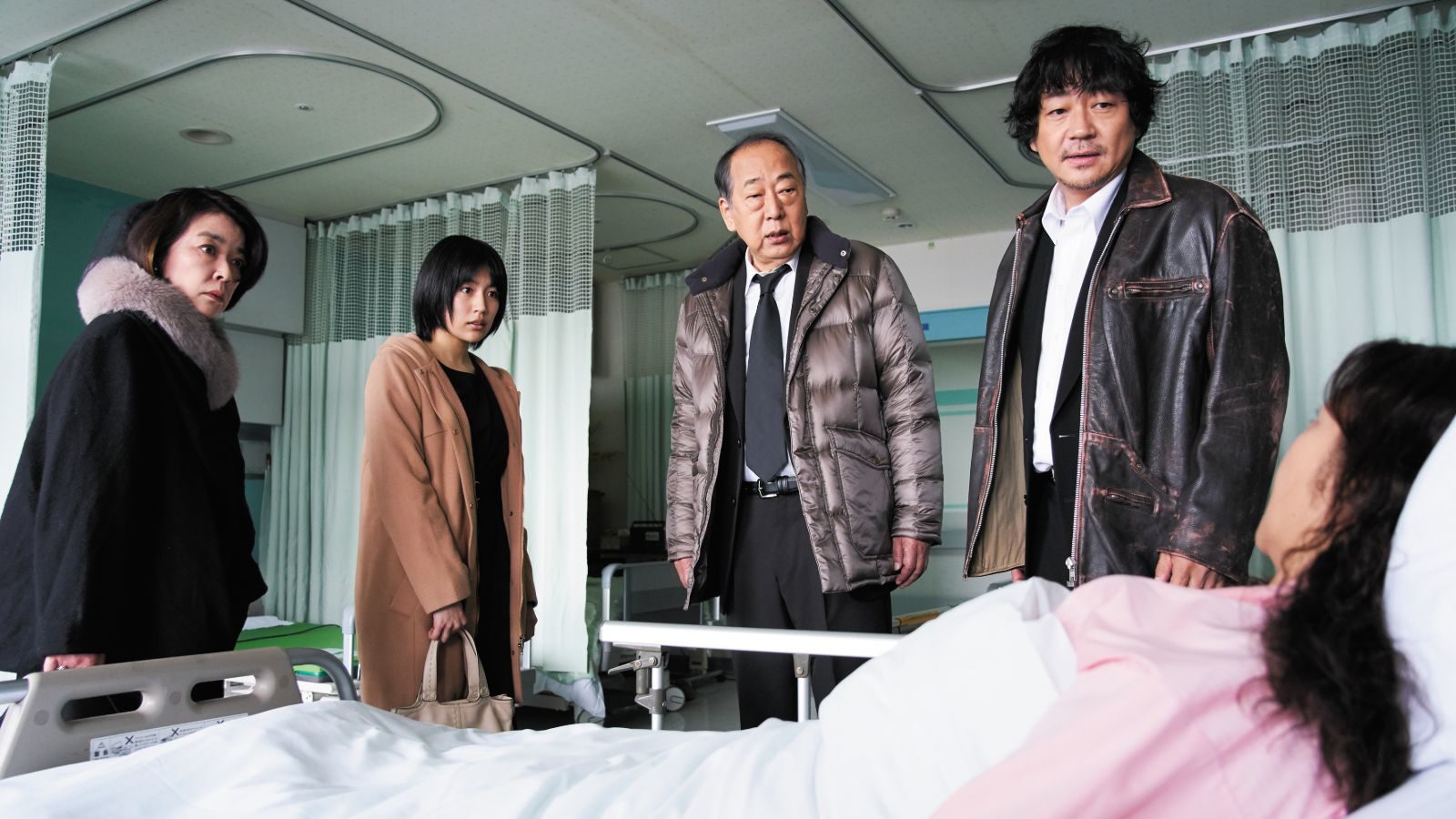 The problem with Lying to Mom is that it has a very seen before schematics. It follows the same old tropes of generic tragedy, with a generous sprinkling of comedy. It seems to have taken various ideas/plot-lines from and weaved them into the story. So, you have a character who tells us not to judge someone else’s pain, while discussing a rich women in the session who seems to be mocking everyone else, there’s a symbolic Bat which reminds the mother of her son, quite similar to Still Walking, there’s a  young woman who lost her kid, and is struggling with the idea of ever giving birth again. Not to forget there’s a comical uncle who gets married to a younger woman, and an unnecessary sequence of tragicomedy, where one of the guests tries to find the son in his room.

The film could still have worked in spite of no real story if the characters were well developed and well-acted. But the tone of the film is very melodramatic. There are way too many scenes of breakdown. The performances are extremely over the top which reminds you of Bollywood at times. Also, some of the subplots don’t make any structural sense, especially the father’s search for a prostitute. It comes across as pretentious much like the use of allegorical vampire bats from Argentina.

However, to the director’s credit the film does hit a high every time the daughter appears. Fumi – played by Mai Kiryu is the soul of the film. It’s the only character that has real depth. She’s dejected, vindictive, furious and agonized. Yet she somehow manages to mask all of those emotions for the sake of her mother. All the while, on the verge of bursting like a volcano. The scene in which she finally decides to speak in a therapy session is the highlight of the film. Her letter addressed to her brother condemning him to hell for being a coward is cathartic. Even though her every word speaks of her hate, her eyes and tears speak a different story. Her inner turmoil, of someone who feels guilty for her brother’s loss, and even for lying to his mom is heartbreaking.

Overall the film deals with a heavy subject in a lighter manner. The scenes where they’re creating a world of make-belief for the mother are funny. So is the scene with a mystic. But there’s nothing pathbreaking. Its a one time watch, especially for those who don’t mind pretense and whining. Its entertaining and maybe even an interesting debut by Katsumo Nojiri. As far as I’m concerned, I won’t mind to watch a film based on the life of FUMI. – A Girl who realises very soon, not everything can be fixed.

Sub-Zero Wind [2019]: 'NYAFF' Review - An Uneven Tale about Growing up in the shadow of an economic crisis