First-time mainland Chinese director Bai Xue managed to build up her name in the film industry with her stylish teen crime drama feature “The Crossing (Guo chun tian)”. The film premiered at TIFF 2018, where it won NETPAC Award and got nominated for Discovery Award. Afterward, the film went to Pingyao International Film Festival, where it got awarded for best film and best actress. Finally, it had its European premiere at this year’s Berlinale Generation 14plus selection before heading to its global festival circulation.

“The Crossing” follows Peipei, a teenage girl from Shenzhen that has to cross the border daily because she goes to high school in Hong Kong. Peipei and her best friend Jo, are buying cheap phone accessories in mainland China and reselling them to their fellow high school students, to earn some extra money on the side. They are planning a nice winter holiday in Japan, but as Peipei is struggling to save enough money, through an unusual play of events, she starts smuggling iPhones across the border.

Similar to The Crossing – MAGGIE [2019]: ‘NYAFF’ REVIEW- A BIZARRE AND FRUSTRATING RIDE ABOUT TRUST AND BELIEF

Bai Xue makes a rather unusual but effective choice of focusing on the character and her development rather than an intriguing story of underground teen exploitation and all the small dark secrets of Chinese society. It could be easily said that actually director purposefully evades any political and social connotations in her film, which explains why she managed to get “Red dragon seal of approval” for this, entertaining and artful film. 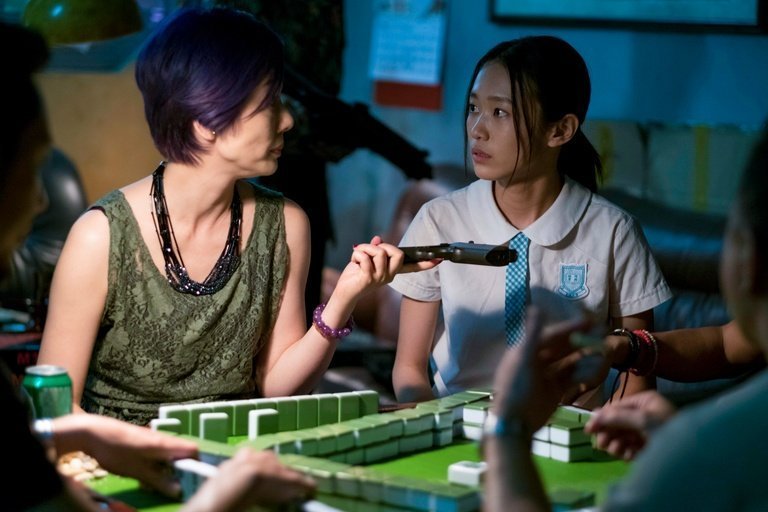 So, in its 99-minute runtime, the film presents us how Peipei got to this position and how her choices are rather rational for a common 16-year-old. As we get introduced to her family, her father living in the shipyard where he also works, and her mother is a party girl who puts all of her time and effort to her friends, neglecting her daughter, it becomes obvious how our protagonist might have gotten into trouble. With every action, Peipei does get closer to her “independence” she gets deeper in trouble, but also in a better and more enjoyable life.

Of course, the film doesn’t depend only on Peipei’s relation to her family, but to a full circle of friends and acquaintances. Even thou, Jo has a strong influence on Peipei, she sadly stays in the background, mostly being a catalyst in her friends’ complex journey. But it is hard to be judgemental about this decision because as the character of Jo gets pushed more into the background of the story, another character, Peipei’s potential love interest Hao, with the deep and relevant coming of age story emerges.

Also, Read – SUB-ZERO WIND [2019]: ‘NYAFF’ REVIEW – AN UNEVEN TALE ABOUT GROWING UP IN THE SHADOW OF AN ECONOMIC CRISIS

When it comes to technical aspects, the use of the camera, dominantly handheld, plays a significant role in telling a story. The movements of the camera, in combination with a diverse range of music, manage to capture the hectic energy of the protagonist. What makes it even more interesting is actually the way how the two cities get captured in front of the camera. Busy and energetic streets of Hong Kong are done in shorter takes, with more close-up variations, while, calm landscapes of Shenzhen are done in wider, longer takes.

The film also has three, smartly implemented freeze frame scenes. For anyone who has seen amazing Wong Kar-Wai’s classic Chungking Express these might look really familiar. As Peipei steps from one stage of her journey to another, and the stakes for her wellbeing are getting higher and higher, director Xue finds a way to capture her protagonist in a bright neon lite moment which is worth freezing the frame.

Overall Bai Xue with her first feature, manages to capture the fascinating energy and life of Shenzhen and Hong Kong. Her rebellious but rational coming of age teen story is definitely something that can rarely be seen in contemporary cinema. 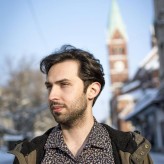 Super 30 (2019) Review: Another Spurious Chapter In The book of biographical cinema