As far as fables go, the animation is always a potent medium to capture the magic of the story, often providing a better solution than CGI-filled live action medium. White Snake (Baishe: Yuanqi) is based on the famous Chinese fable ‘Legend of the White Snake’, but it is not an adaptation of it.

In the magical world of this story, there are demons but not all of them are villainous. The eponymous White Snake is a demon herself, with a beautiful woman as the human form at side. There are humans; humans trying to conquer the demons, and humans who live under the fear of them. In a fated manner, there is also a human who falls in love with the demon. No prize for guessing which demon.

As with fables, this is a story of good versus evil; the distinction here is drawn clearly but not in a straightforward manner. This a story about the desire for power, as well as just normal human desire. The anchor of the story is the love between a human and the eponymous demon, and how that love triumphs against all odds. 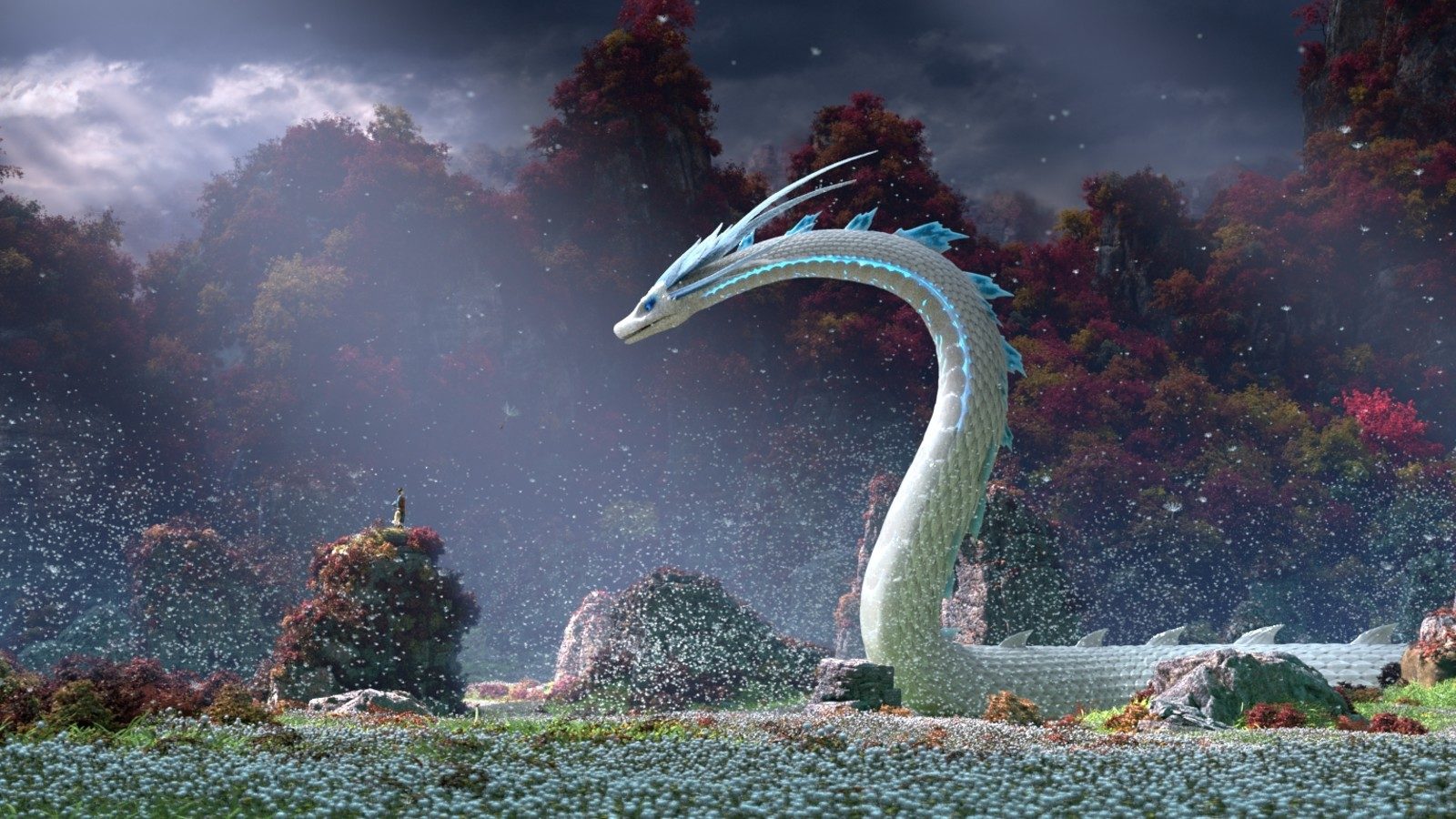 There could be one slight complaint about the story which is: the prime villain was not really established in his motifs and goals. There is a possibility that this film sets up for a series of films, as there is a Marvel-esque post-credit scene that hints so. In that case, the lack of conviction in the villain’s actions could be a precursor for some greater evil. But, there is a childlike innocence in its portrayal of love that is bound to resonate with the viewers.

Even if you are not in the mood for the simplicity of a fable, the visual here would simply take your breath away. Directors Amp Wong and Zhao Ji, with Light Chaser Animation, have created splendor on screen. The story provides the scope to create intricate and grand images, and the animation directors have done exactly the same. Starting from the design of the snakes, to lush landscapes and battle formations, the scale of details would remind you of a Zhang Yimou film.

The magical realm of the film would not have been complete without the melancholic oriental musical scores of Guo Haowei. The music, as a good background score, amplifies the scenes in their grandiose. White Snake is an example of animation at its finest form, and it would not harm to have a sequel or two succeeding this one.

Super 30 (2019) Review: Another Spurious Chapter In The book of biographical cinema